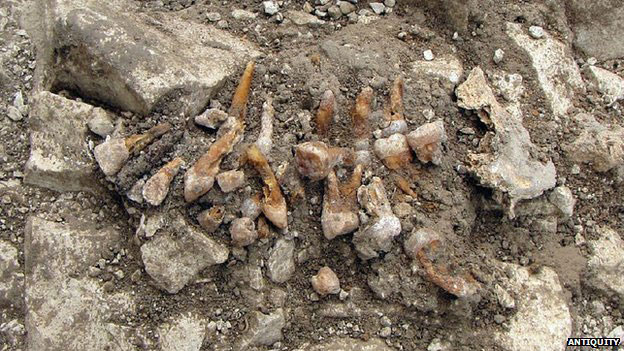 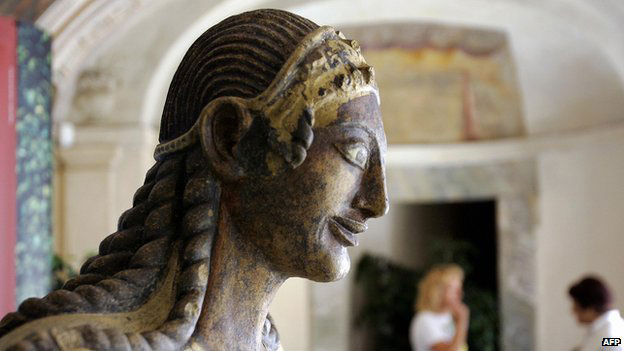 The discovery of an iron pin in place of an upper incisor tooth from a La Tène burial at Le Chêne in northern France may represent one of the earliest examples of a dental implant in Western Europe.

The dental implant comes from a richly furnished timber chamber of an Iron Age young woman. The grave was one of four adult female burials in an enclosure dating to the third century BC that were discovered during the construction of a housing development in the Champagne-Ardenne region.

“But the teeth were in an anatomical position, with the molars, pre-molars, canines and incisors. Then there was this piece of metal. My first reaction was: what is this?”

A dental prosthesis – or at least, an attempt at one

The iron pin may have been inserted during life to replace a lost tooth, or before burial to restore the visual integrity of the corpse. The pin may have held a false tooth made from either wood or bone, which could have rotted away.

“The fact that it has the same dimensions and shape as the teeth means that the best hypothesis is that it was a dental prosthesis – or at least, an attempt at one,” said Mr Seguin.

The undisputed masters of dentistry

The concept of the dental prosthesis may have been taken from the Etruscans by returning Celtic mercenaries, although dental implants of this specific kind have not been found in Etruscan contexts. The Etruscans of northern Italy were the undisputed masters of dentistry during the third century BC.

However, most are believed to have been inserted after death to restore the appearance of the deceased.

While the find may be the earliest dental implant known from Western Europe, prosthetic teeth dating back 5,500 years have been found in Egypt and the Near East.

Cosmetic dentistry for the social elite

In Antiquity, Mr Seguin, along with co-authors from the University of Bordeaux, wrote that the burials “convey the image of a social elite concerned about their appearance”.

They also note that the date of the burials coincides with a period when the Celtic Gauls were in contact with the Etruscan civilisation of northern Italy.

The Etruscans were known for their relative mastery of dentistry, although the partial dentures inserted into gold bands and fitted onto existing teeth represent a different approach to dental restoration than that seen in third century Gaul.