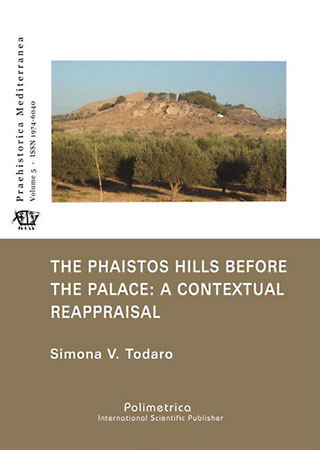 The Phaistos hills before the Palace: a contextual reappraisal

This work represents the first comprehensive account of all the deposits and structures uncovered over the past hundred years on the three hills of the Phaistos ridge (in south-central Crete), and also the first attempt to clarify the nature of the site – in terms of function and status – from its foundation at the end of the Neolithic period through the Early Bronze Age. It is suggested that Phaistos stood out in the Prepalatial Mesara not only on account of its size, but above all for (1) its continuity of occupation, which contrasts with the settlement mobility revealed by the numerous single-phase sites uncovered in the region (2) the large-scale building projects that took place at the core of the site between EM II and EM III and (3) the specificity of some of the communal activities that took place in certain locations, which might have involved the periodic re-visiting of the hill by other Mesara groups.