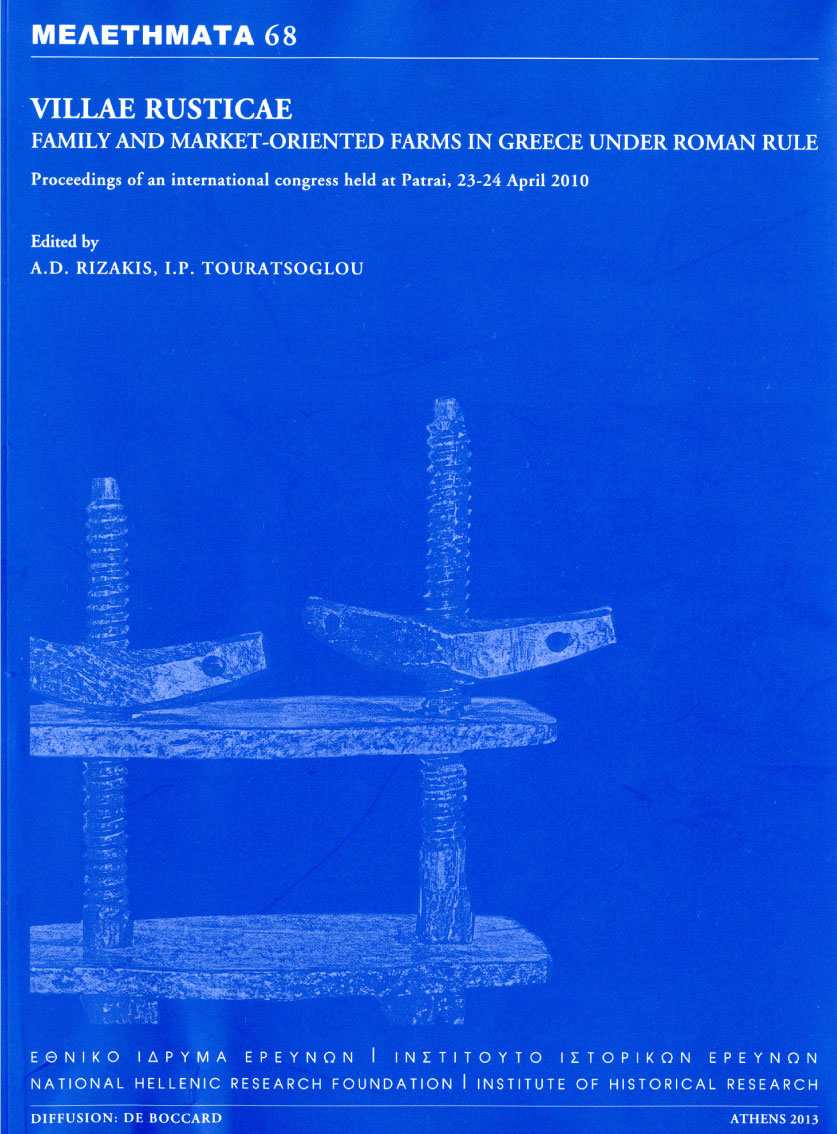 As that of other provinces of the Empire, the rural economy of Greece underwent many changes as well, with important implications for the strategies and organization of the production, as well as for the distribution and consumption of goods. Thanks to the extraordinary mass of archaeological data collected in Greece in the last decades, and to the possibility of applying both more sophisticated research instruments and more profitable methods of approach and analysis of these data, a re-examination of a regional case study such as Roman Greece is now more feasible.

The publication in this volume of material remains –remarkable both for number and quality, from various in size productive complexes– and the synthetic studies on the other hand will provide students of the ancient world with an invaluable material which will greatly contribute to a better understanding of the economic organization of this part of the Roman Empire. It will also represent a point of reference for the study of both the rural world and more specific the economy of the cities of a small but not insignificant Roman administrative unit.