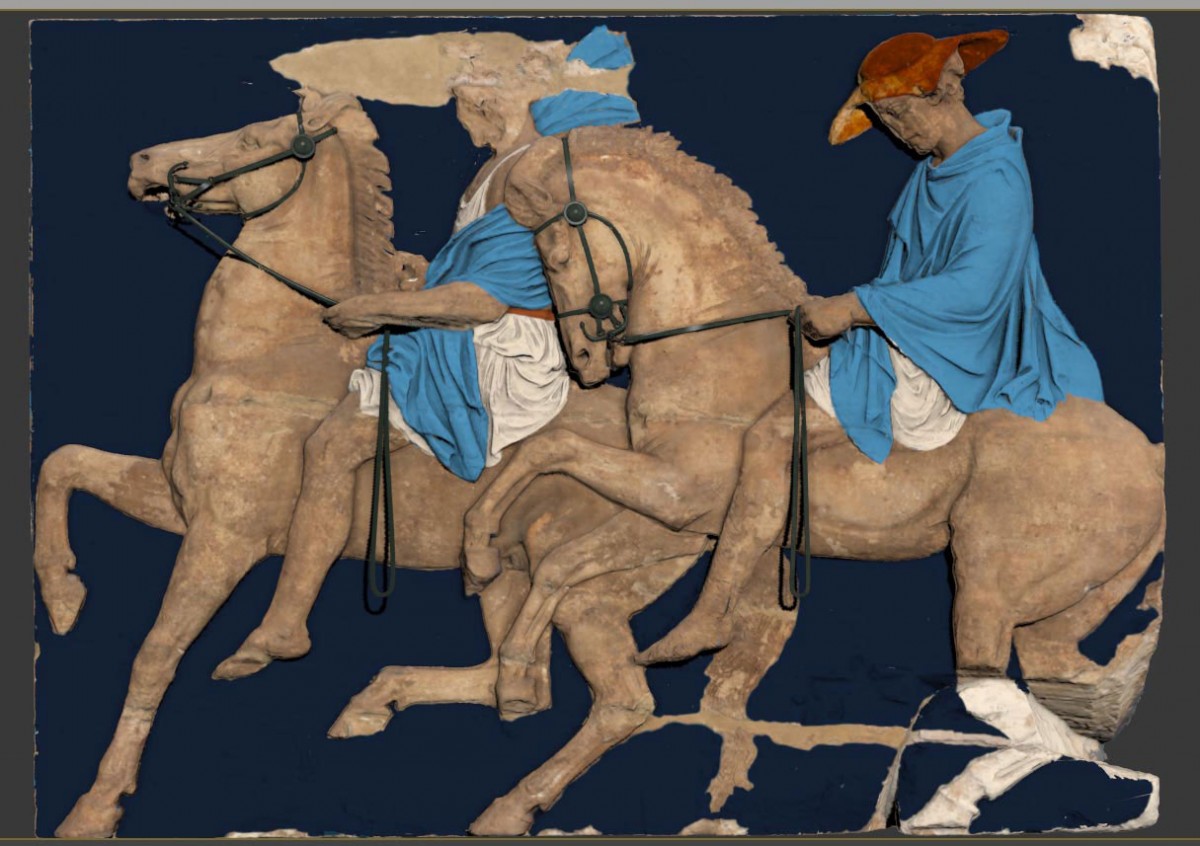 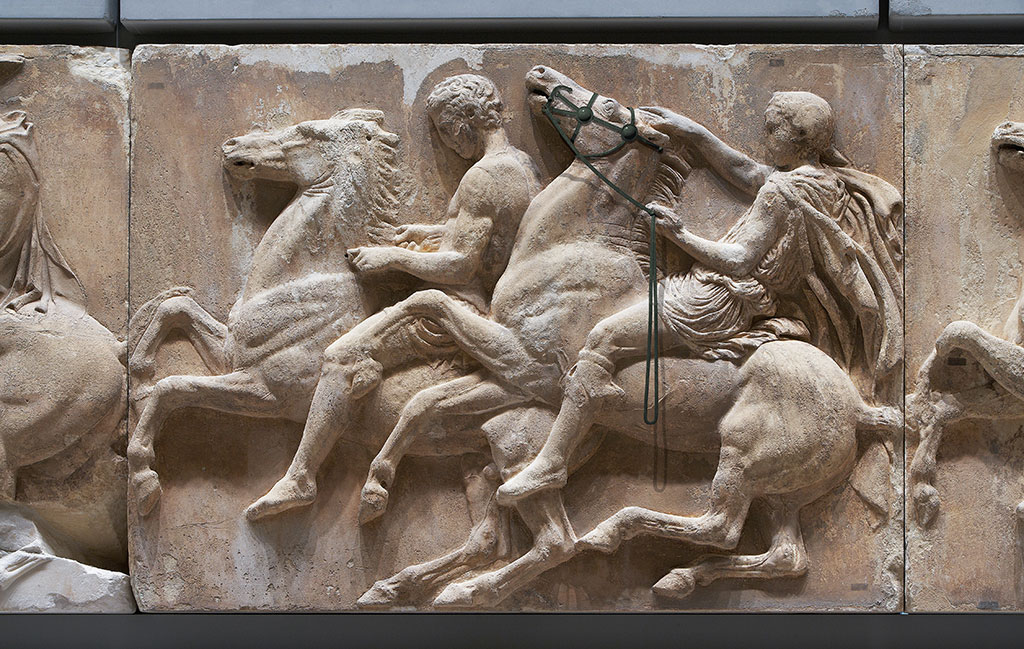 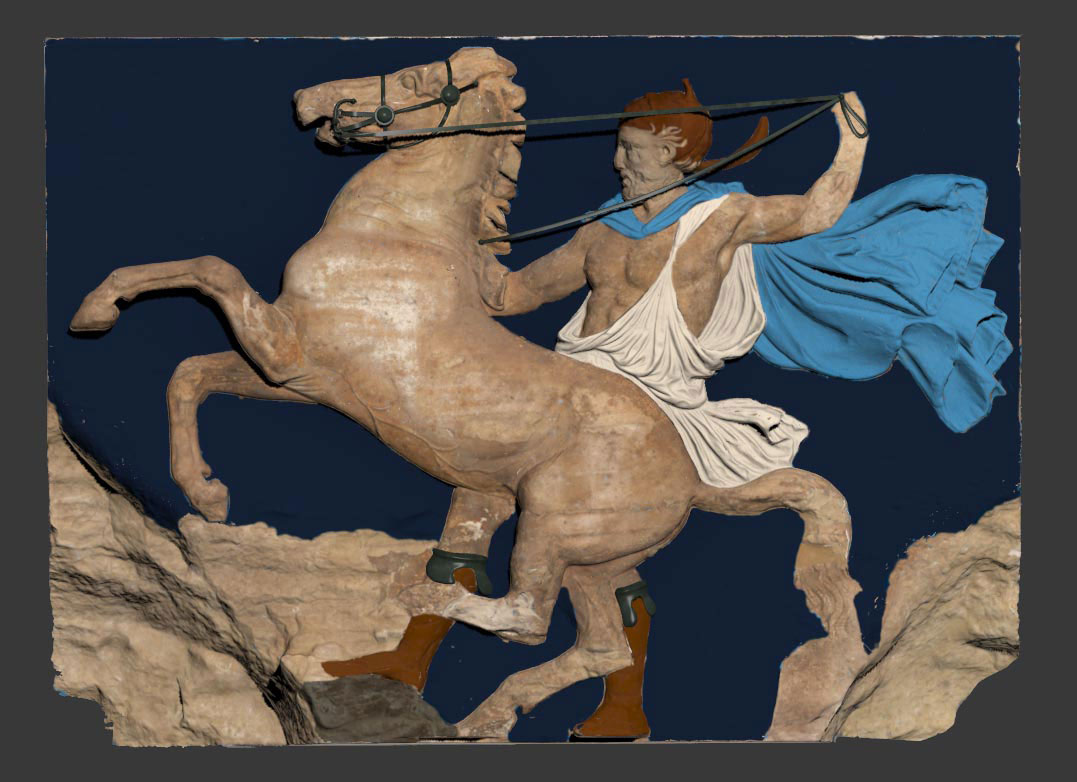 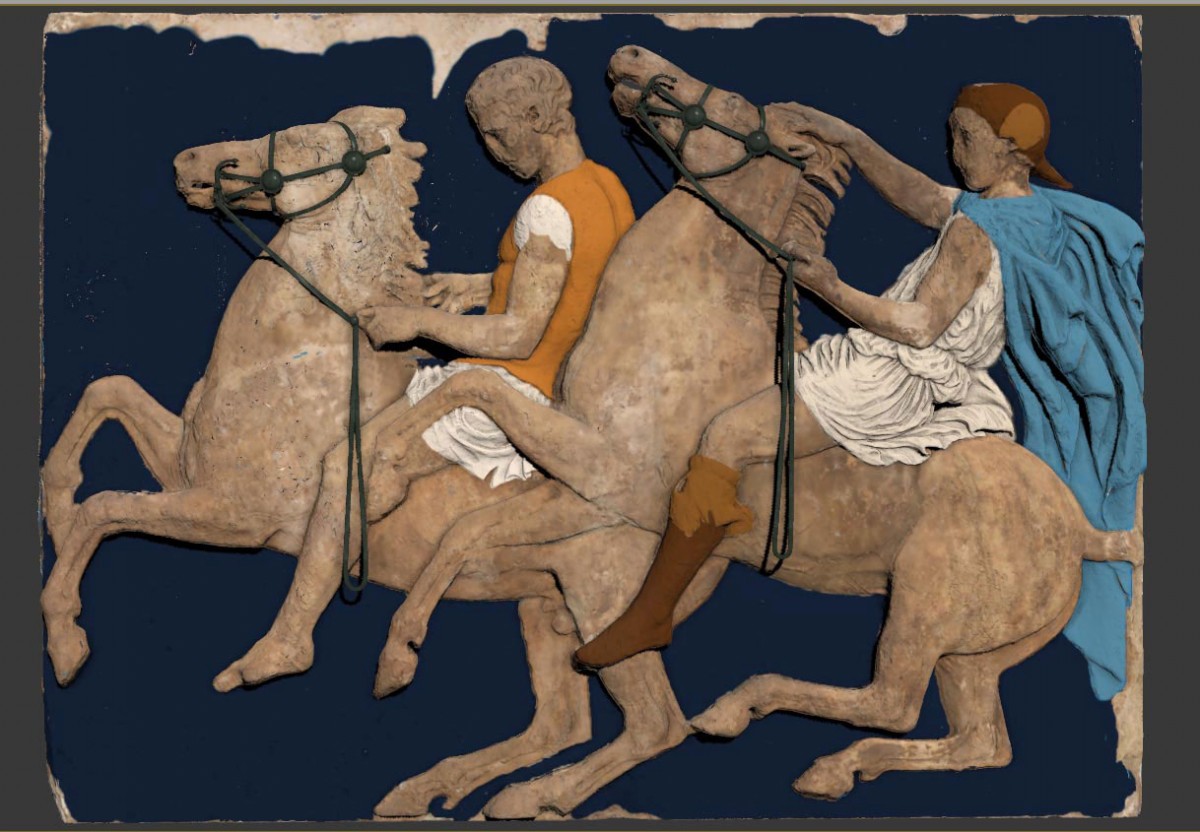 A highlights report by the President Dimitrios Pandermalis

On the occasion of its fifth birthday on Friday 20 June 2014, the Acropolis Museum will commence an ambitious digital restoration program of the Parthenon sculptures. Horse riders of the west frieze will be presented in 3D digital images with additions of copper weapons and bridles, with alternating light and color testing.

The Museum’s President, Dimitrios Pandermalis gave a brief account of the museum’s achievements and success in its five years of operation, noting that “The over 6.5 million visitors in that period and the satisfaction commonly expressed about the quality of its services is public testimony to the Museum’s contribution. It is no accident that one in four visitors has visited the Museum on two or more occasions in the past year”.

In the context of the current economic crisis, the Museum’s president underlined that the Museum has been able to totally self-fund its operations since opening: “Careful management by the Museum’s administration, targeted choices around expenditure, the continuous improvement and expansion of the permanent exhibition, the intense efforts of staff and the warm reception from the public all contributed to this result. We hope that the apparent recovery of the national economy will secure the necessary resources to enable even more rapid development of the Museum.”

Work on the Collections

Significant success was also achieved with work on the collections, according to the President. “The program focusing on the colors of the sculptures was greeted with enthusiasm by both visitors and experts. The diverse reconstructions of details on marble copies, on cast copies and with digital modeling allowed visitors to obtain a complete picture of the ancient sculptures and to creatively stimulate their interest,” he added.

The use of new technologies has brought remarkable results. “In the Parthenon Gallery the three dimensional scanning of the frieze provided its first results through four clear and impressive digital applications that highlight the original carving process of the frieze, its enrichment with bronze attachments, its violent separation and its digital restoration,” D. Pandermalis explained, adding that “new technologies are increasingly finding their place in the Museum galleries offering essential tools to aid the understanding of the exhibits. The Museum is consistently conscious of the need to maintain the necessary balance between the authentic exhibit and the digital image it offers to visitors.”

“The production of exact cast copies of original works in the collection continued with particular care, and with an avid interest in the accurate presentation of detail and in some cases, the remaining traces of exhibit polychromy”, the President said. This successful attempt of the museum to produce precise reduced scale copies made large exhibits accessible to the public.

“In this five years of operation the Museum has serviced large crowds with an overage of over 3000 visitors daily,” the President said adding that “staff met the challenge through continuous vigilance and by making a sustained effort to maintain high standards of service. For the Museum, it is particularly important that visitors are comfortable; that they develop their own personal experience in the galleries and that they feel personally welcomed in spite of comprising the individual members of a crowd.”

The Museum’s President also mentioned that in the first six months of 2014 during the Greek Presidency of the European Union “the Museum received a large number of political leaders, senior officials and support staff to whom our ever obliging staff presented the Museum’s emblematic works. The Museum’s facilities and services were made available to support the many meetings, conferences and seminars of the Presidency, as well as our restaurant with its spectacular views of the Rock of the Acropolis.”

Amongst the three best museums in the world

Concluding, D. Pandermalis said: “In its first five years of life the Acropolis Museum has fulfilled our country’s high expectations and succeeded in being recognized amongst the three best museums in the world. Now it requires the State, to recognize its contribution and to address the key administrative issues associated with its operation, so that it can continue to develop without impediment.”

On Friday, 20 June 2014, the exhibition areas will remain open from 8 a.m. until 12 midnight. The restaurant will be open during the same hours. On this occasion, admission to the Museum will be reduced (3 euros) for all visitors.

At 9:30 p.m., the Museum will present a music concert in its entrance courtyard of the famous artist Leon of Athens. Visitors will have the chance to listen to their favorite songs from the two albums released so far (‘Futrue’ and ‘Global’), but also remixes of popular songs of the international discography.