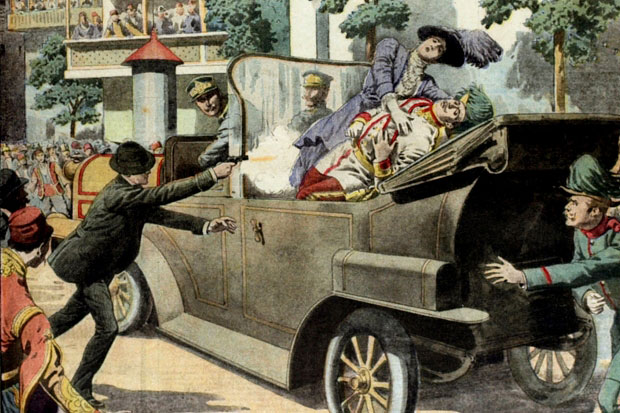 Chance events may profoundly shape history. What if Franz Ferdinand’s driver had not taken a wrong turn, bringing the Duke face to face with his assassin? Would World War I still have been fought? Would Hitler have risen to power decades later?

Historians can only speculate on what might have been, but a team of evolutionary biologists studying ancient proteins has turned speculation into experiment. They resurrected an ancient ancestor of an important human protein as it existed hundreds of millions of years ago and then used biochemical methods to generate and characterize a huge number of alternative histories that could have ensued from that ancient starting point.

A twist of fate

“This very important protein exists only because of a twist of fate,” said study senior author Joe Thornton, PhD, professor of ecology & evolution and human genetics at the University of Chicago. “If our results are general – and we think they probably are – then many of our body’s systems work as they do because of very unlikely chance events that happened in our deep evolutionary past,” he added.

Thornton specializes in ancestral protein reconstruction, a technique that uses gene sequencing and computational methods to travel backwards through the evolutionary tree and infer the likely sequences of proteins as they existed in the deep past. Through biochemical methods, these ancient proteins can be synthesized and introduced into living organisms to study their function.

Thornton and others have previously shown that the evolution of modern-day proteins required permissive mutations in the past. But no one had ever investigated whether there were many or few other possible permissive mutations that could have happened, so it remained unknown how unlikely it is that evolution discovered a permissive pathway to the modern function.

To answer this question, Thornton and co-author Michael Harms, PhD, of the University of Oregon focused on the glucocorticoid receptor (GR), a key protein in the endocrine system that regulates development and stress responses in response to the hormone cortisol. They resurrected the gene for ancestral GR as it existed around 450 million years ago, before it evolved its capacity to specifically recognize cortisol. They included a handful of mutations that occurred slightly later that allowed the protein to evolve its cortisol recognition, but they left out the permissive mutations, rendering the protein nonfunctional.

Thornton and Harms then created millions of copies of this genetic template, using a method that introduced random mutations into every new copy, thus mimicking the variation that evolution could have produced in the protein under alternative scenarios. To identify permissive mutations in these “might-have-been” pathways, they engineered yeast cells that could grow only if they contained a functional GR and then introduced their “library” of mutated versions of ancestral GR into them. If any of the mutations were permissive, they would restore the GR’s function and allow the yeast to grow when exposed to cortisol.

Thornton and Harms tested many thousands of variants but found none that restored the function of GR other than the historical mutations that occurred in actuality. “Among the huge numbers of alternate possible histories, there were no other permissive mutations that could have opened an evolutionary path to the modern-day GR,” Thornton said.

The influence of chance events

By studying the effects of mutations on the ancient protein’s physical architecture, Harms and Thornton also showed why permissive mutations are so rare. To exert a permissive effect, a mutation had to stabilize a specific portion of the protein – the same part destabilized by the function-switching mutations – without stabilizing other regions or otherwise disrupting the structure. Very few mutations, they showed, can satisfy all these narrow constraints.

“These results show that contingency – the influence of chance events on the way evolution unfolds – is built into the atomic structure of molecules,” said Irene Eckstrand, Ph.D., of the National Institutes of Health’s National Institute of General Medical Sciences, which provided substantial funding for the research. “If the results hold true for other systems, this will be a highly significant contribution to our understanding of exactly how proteins can evolve new functions—a process that accounts for the diversity of life and the origins of genetic variation.”

While most prior discussions of historical contingency in evolution have focused on external events such as asteroid impacts, mass extinctions, climate change, Thornton and Harms showed that the intrinsic complexity of proteins as physical objects also makes evolution depend profoundly on low-probability chance events.

“It’s very exciting to have been able to directly study alternative ancient histories,” Thornton said. “If evolutionary history could be relaunched from ancestral starting points, we would almost certainly end up with a radically different biology from the one we have now. Unpredictable genetic events are constantly opening paths to some evolutionary outcomes and closing the paths to others, all within the biochemical systems of our cells.

The study, “Historical contingency and its biophysical basis in glucocorticoid receptor evolution,” was supported by the National Institute of General Medical Sciences (R01-GM104397. R01-GM081592, and F32-GM090650), the National Science Foundation, and the Howard Hughes Medical Institute.