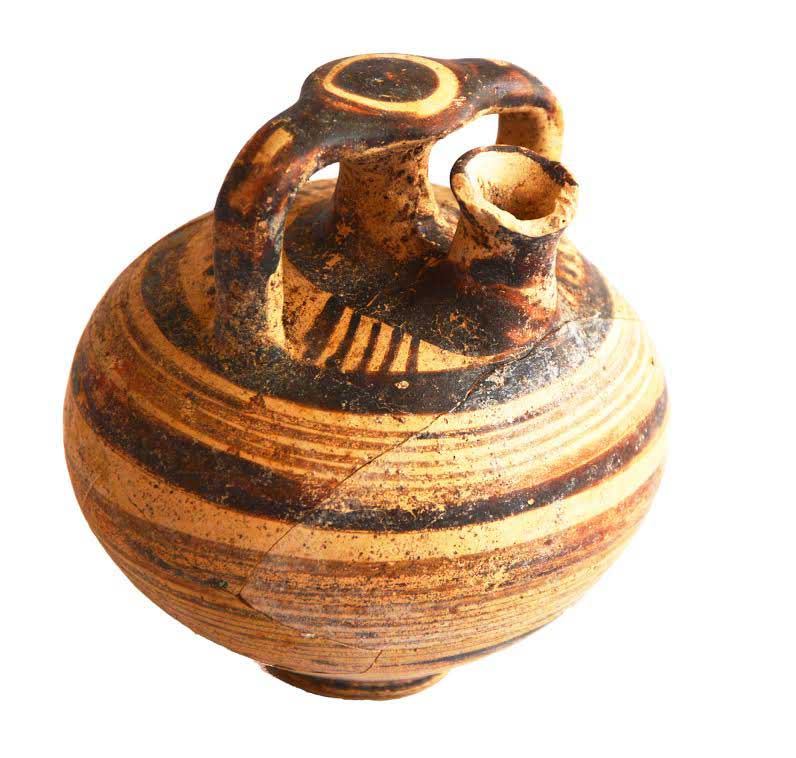 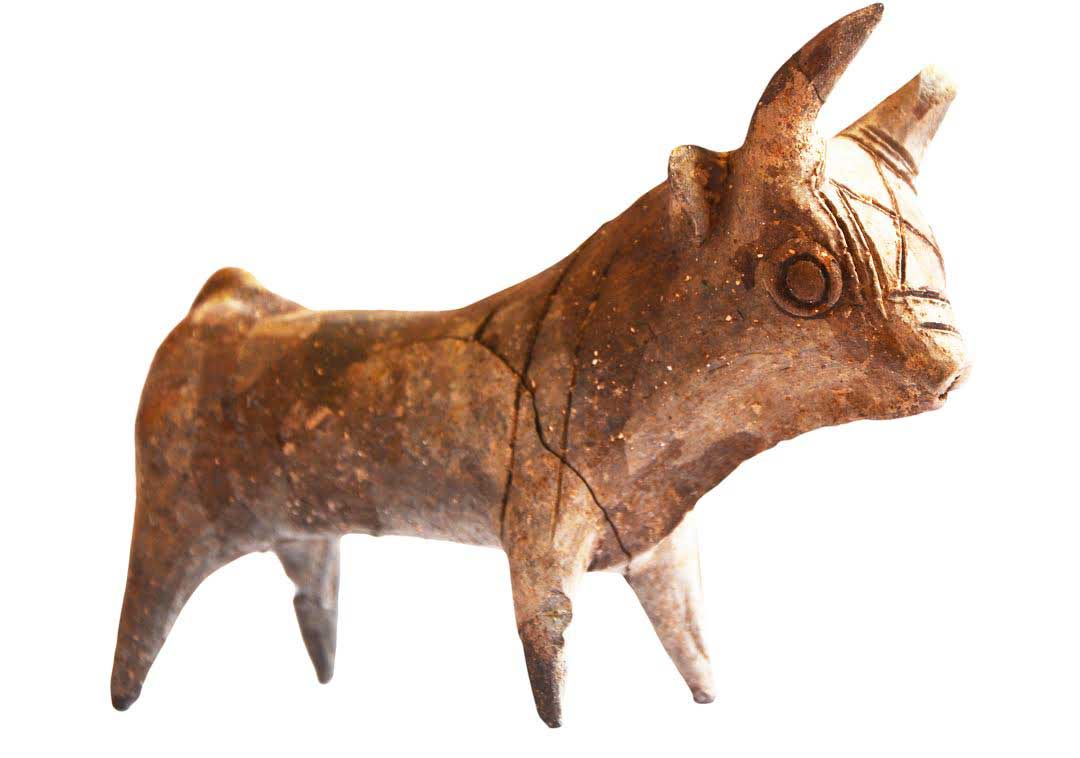 A thriving city of the Late Bronze Age

The 2014 field season at the Late Bronze Age city at the site of Dromolaxia-Vizatzia (Hala Sultan Tekke) has been completed. The site lies close to Larnaca International Airport and the famous mosque with the same name.

During five weeks in May and June 2014 a Swedish team, under the direction of Professor Peter M. Fischer from the University of Gothenburg, exposed city quarters dating to the later part of the Late Bronze Age (14th-12th centuries BC). The size of this city is estimated between 25 and 50 ha. Only a small portion of the city, the history of which goes back to the 16th century BC, has so far been excavated. The city was founded in the 16th century BC, flourished especially in the 13th century BC but was destroyed in the 12th century BC. It was abandoned after this destruction and never reoccupied again. The reasons for the decline of the city and its abandonment are still unclear but raids of foreign peoples and climatic changes should be taken into account.

In order to map structures below the surface prior to the excavations, ground penetrating radar and magnetometer devices were used in 2013 in a cooperative project between the University of Gothenburg, Prof. Peter M. Fischer, and the University of Vienna, Dr. Immo Trinks. This geophysical project resulted in the discovery of hitherto unknown city quarters. Ground penetrating radar produces “X-ray”-like images of buried stone structures reaching 2 metres beneath the surface. Magnetometer shows various man-made structures, areas with fire places, concentrations of pottery and pits for storage or refuse. The 2014 excavations confirmed the radar and magnetometer results.

Additional excavations were carried out by the Swedish team within the copper-producing area which was exposed in 2013. In an approximately 1 metre-wide circular pit a complete, doughnut-shaped, ingot of a copper-tin alloy with a weight of almost exactly 1.5 kg was found. The ingot was analyzed on the spot with a portable XRF-device (an analytical device which is based on X-rays). The ingot contains 95.5% copper, 2.6% tin and traces of iron, zinc, lead, nickel, cobalt, vanadium, titanium and sulphur.

Excavations next to the copper-producing area exposed domestic buildings where small-scale industrial production was carried out. This includes the production and dyeing of textiles, and the production of pottery. Many finds were made in this quarter where pottery – locally produced and imported – was abundant. The latter is decorated and of high quality and derives mainly from the Mycenaean cultural sphere (Greece and the Aegean, fig. 1) but pottery from the Levant was also found. Other finds included personal items such as fingerings, earrings and bronze tools. The quality of the finds in this specific area of the city demonstrates that the people who produced copper could afford such luxury goods and that they seem to belong to an elevated social class.

Offerings to the “God of the Well”

The expedition identified five wells which were partly exposed. In one of the wells, which is seven metres deep and 1.5 metres in diameter, a complete figurine of a bull was found (fig. 2). This find was most likely an offer to please the “God of the Well”. However, this specific well seemed to have dried up and came out of use. It was thereafter used as a dump in which the complete skeleton of a horse was discovered. Amongst the bones of the horse skeleton lay a beautifully carved cylinder seal of haematite. It is of Syrian origin and shows a hunting scene with three hunters and three hunted horned animals. Next to this well was another circular, 4 m deep, “well”. It contained several complete Mycenaean-imported vessels. This “parallel” well is too shallow to produce water and it was most likely built for offerings to the “God of the Well”.

The third well in this area had also dried out in antiquity and was later reused for human and animal burials: six human skeletons, and the skeletons of a dog and a goat were excavated. There were no tomb gifts in connection with the buried humans and one may come to the conclusion that these were the burials of individuals belonging to the low classes, slaves for instance. However, one of the skeletons had an intentionally modified skull, a characteristic usually connected with people of an elevated social status. Cranial modification (headshaping) was carried out during infancy and may reflect ancient beauty trends.

The production of copper and bronze was essential for the economy of the people at Dromolaxia-Vizatzia (Hala Sultan Tekke). Bronze was one of the most coveted materials during the Bronze Age but also later in the Iron Age, after 1050 BC. Bronze is an alloy which contains roughly 90% copper and 10% tin – both quite soft metals but combined in an alloy harder than pure iron. Bronze was used for the manufacture of objects such as weapons, tools and jewellery. It was exported to Greece and further north-west. Analyses of Swedish bronzes have shown that Cypriote copper found its way as far as Scandinavia. The high standard of living of the Cypriots during the Bronze Age was not only based on the production of copper but also on the export of Cypriot pottery of high quality, and purple textiles. In exchange, the Cypriots imported gold, silver, lead, and objects of art mainly from Greece, Egypt and the Levant. There is also evidence for the import of dried fish from the Nile in Egypt.

Theories about the city of Dromolaxia-Vizatzia

The thriving city of was destroyed shortly after 1200 BC and was never reoccupied. The expedition found few imports from the Mycenaean sphere of culture. However, almost exact copies of Mycenaean pottery were produced during the last phase of occupation at Dromolaxia-Vizatzia (Hala Sultan Tekke). This leads to the hypothesis that people immigrated from the Greek mainland and the Aegean islands and that the immigrants from the Aegean stayed at this city only for a short time. Another theory is that they eventually moved further east, maybe accompanied by the population of Dromolaxia-Vizatzia (Hala Sultan Tekke) and eventually settled in the Gaza area and further east, possibly as far as the Jordan Valley where archaeological finds related to Cyprus and the Aegean have been noted.