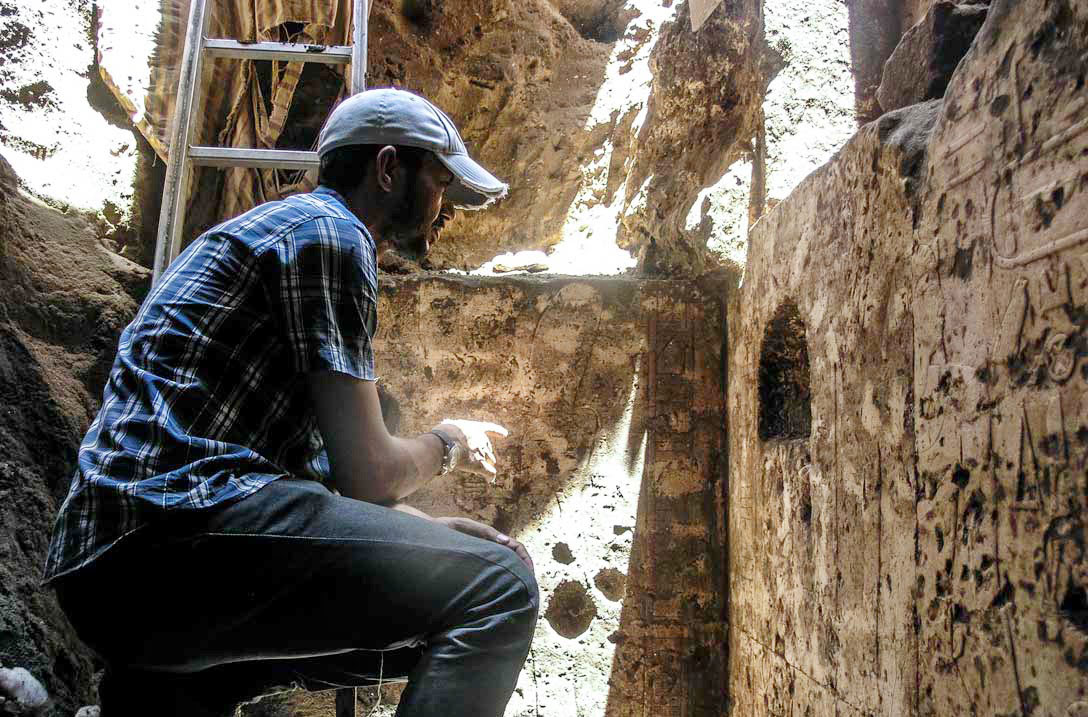 One of the rare Abydos monuments of Mentuhotep II

An 11th Dynasty Egyptian chapel was found at the Arabet Abydos area in Sohag by an excavation mission from the Ministry of Antiquities and Heritage (MAH).

The team stumbled upon the limestone chapel during excavation work carried out in the framework of a cleaning programme. The programme was conducted by the MAH after officers of the tourism and antiquities police caught red handed inhabitants trying to illegally excavate the area where the large temple of King Seti I is located.

Ali El-Asfar, head of the ancient Egyptian Section at the MAH, told Ahram Online that the chapel is in a very well preserved condition and is located 150 metres north to the temple of King Seti I.

Based on early studies of the hieroglyphic text engraved on the chapel’s walls archaeologists concluded that it belongs to the 11th Dynasty king Mentuhotep II and was built in honour of the god Osiris after his unification with the local god of Sohag, Khenti-Amenty.

Monuments belonging to Mentuhotep II are rare in Abydos, despite that Mentuhotep II built several religious edifices in Abydos in an attempt to bolster his power in the ancient city through drawing closer Khenti-Amenty, Minister of Antiquties and Heritage Mamdouh El-Damaty told Ahram Online.

The chapel is now under restoration as some of its engraving was subjected to damage from subterranean water.