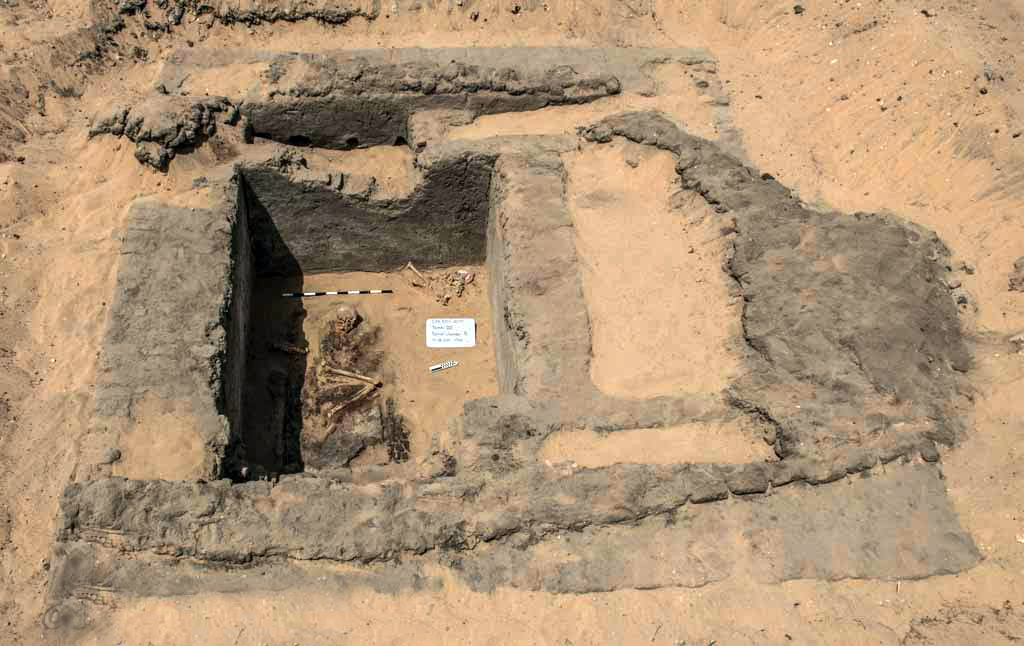 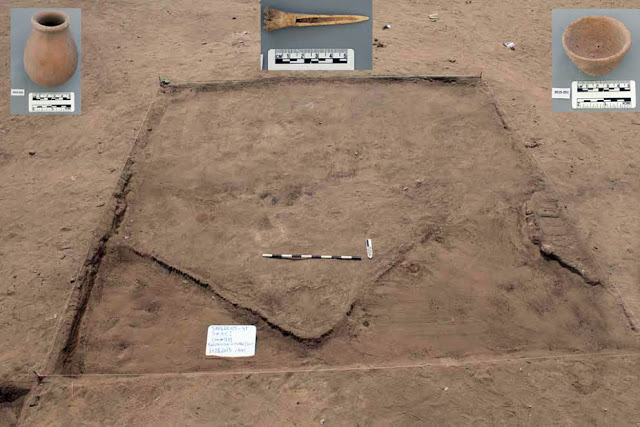 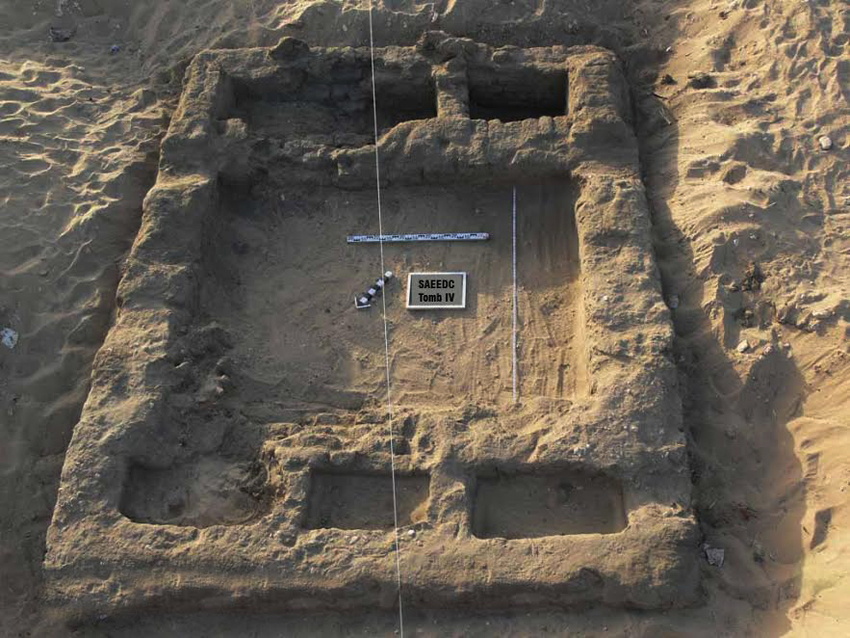 Dated to 4th millennium BC

A team of Egyptian archaeologists discovered a predynastic cemetery and a settlement dated to 4th millennium BC (3316 BC) located 400 meters to the south of Seti I temple in Abydos.

So far 15 large mud brick tombs have been unearthed, some measuring up to 14mx5m.

Archaeologists believe the cemetery and the settlement belong to high officials and the overseers of royal tombs and mortuary structures of the kings of the First Dynasty in Abydos.

A number of huts and daily life tools including pottery were also discovered. These could possibly belong to a workers who were building the royal tombs.

Yasser Mahmoud Hussein, head of the Egyptian archaeologists’ team, said: “Some of the tombs are unique as they have more than one mastaba.” Among them there are tombs with up to 4 mastabas. Mastabas were used in tombs of the First Dynasty in Sakkara and then during the Third Dynasty. This is the first time First Dynasty mastaba tombs are discovered in Abydos.