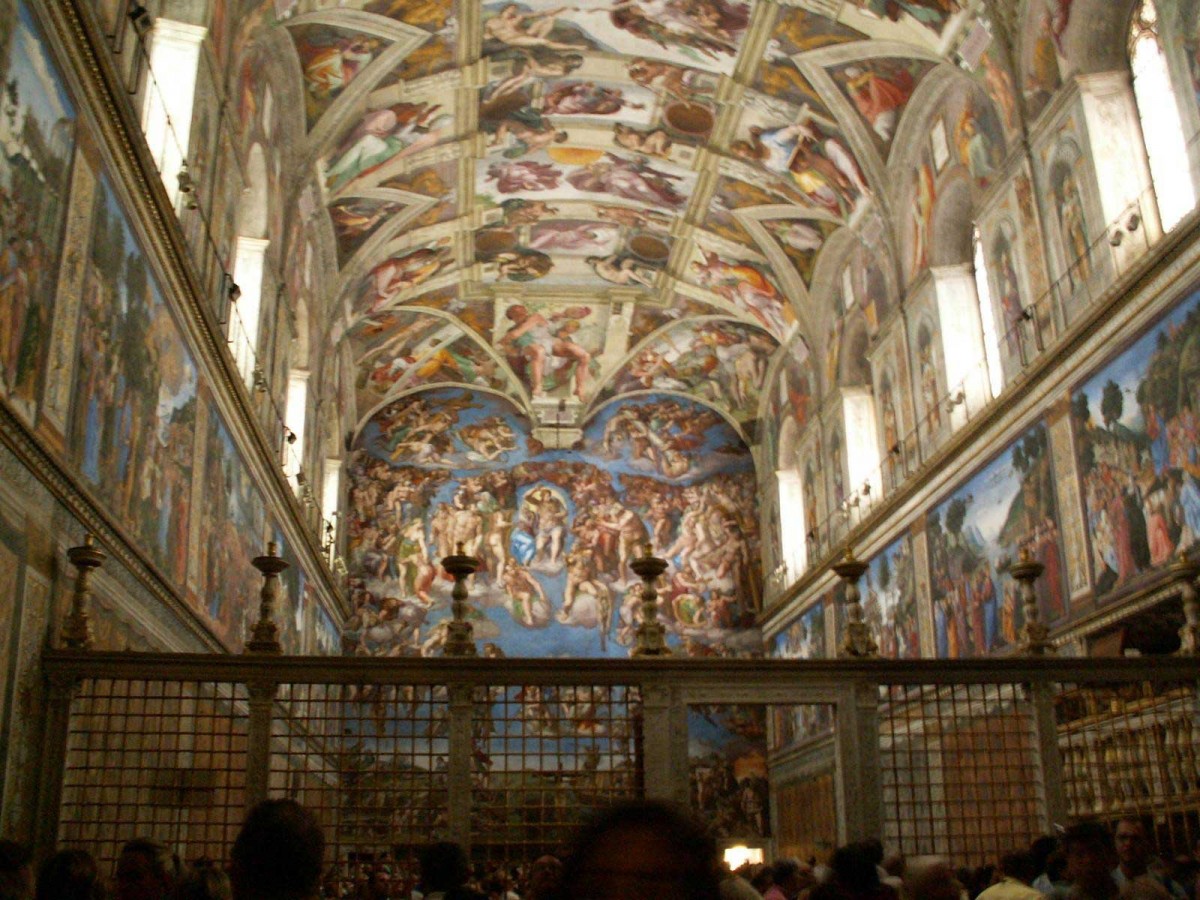 Sistine Chapel to increase its visitors

After a new climate control is installed

The Sistine Chape is expected to triple its visitors to view Renaissance frescoes, after a new climate control system is installed this autumn.

“The Vatican Museums will be installing a new landmark heating, ventilating, and air conditioning system for the Sistine Chapel, specially designed to address the challenges of protecting Michelangelo’s masterpieces against deterioration”, announced Vatican Radio. The switch is planned for October and will inscrease the Chapel’s maximum capacity from 700 to 2,000 people at a time, reports the Art Newspaper.

This is not MoMA!

However this impact in attendance has raised some eyebrows. Concerns have already been expressed. “Look at how many people there are! Look at how narrow the hallways and the staircases are. This is not MoMA in New York, but a palace that was not built to be a museum. It isn’t great to see how the Sistine Chapel, undoubtedly one of the most beautiful places in the world, and where we are very proud to work, has become an uncomfortable place crowded with hundreds of tourists”, were the words of an anonymous Vatican Museum emplyee interviewd by the Spanish El Pais.

On the other hand, the Vatican Museums say the main motivation for the replacement of the old Carrier system installed in the early 1990s is the safety of the Renaissance frescoes. Improved climate control will “guarantee visitors the possibility of seeing Michelangelo’s masterpieces without endangering their conservation,” the museums director Antonio Paoluccihe said.

In addition to the installation of the new climate control system, the Sistine Chapel will also have a new lighting system “incorporating 7,000 LEDs aims to increase the illumination of the ceiling and wall decorations tenfold (from 5-10 to 50-100 lux). The design, by the German firm Osram, avoids UV light that could damage the works by Michelangelo, Botticelli and other artists”, reports the Art Newspaper.