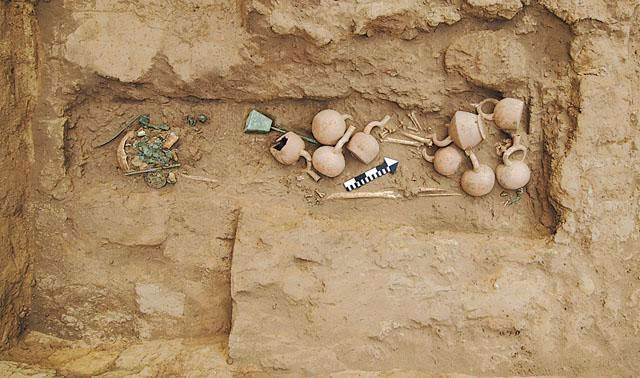 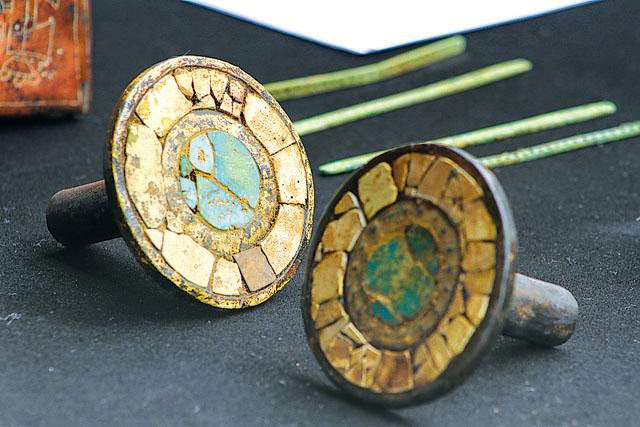 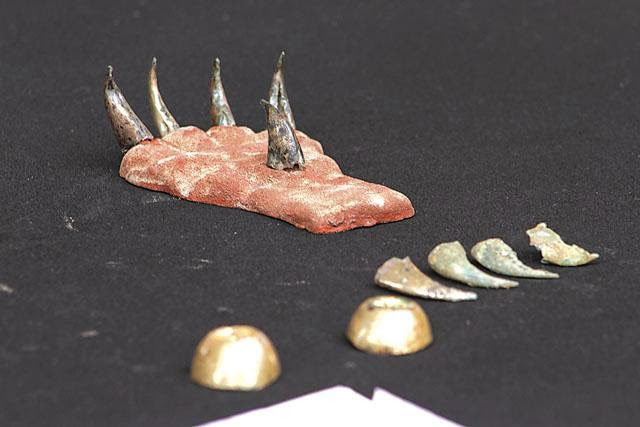 In a previously unknown tomb belonging to a Moche ruler

Interesting Moche culture artefacts were unearthed during excavations at the Huaca de la Luna, in a previously unknown tomb belonging to a Moche ruler.

The tomb contained the remains of an adult male. The objects found within the tomb indicate the elite status of the man. Among them was a copper scepter similar to the one found with the Lord of Sipan, bronze earrings, a mask, and ceremonial ceramics. The most interesting artefacts, however, were small pieces made to look like feline jaws and paws.

According to El Comercio the animal body parts may have been part of a ritual costume used in ceremonial combat. Santiago Uceda, co-director of the digs at the Huaca de la Luna and the Huaca del Sol, told El Comercio that “The scepter signifies power; the earrings, status; and the canchero [ceremonial ceramic piece] is indicative of an elite personage.”

The archaeologist estimated that the tomb was likely around 1,500 years old, and added that “This find allows us to complement [what we know about] history. In six months, we’ll know the age and other details about these artifacts.” The remains of the ruler are set to be examined by a forensic investigator from the United States in Trujillo, El Comercio reports.