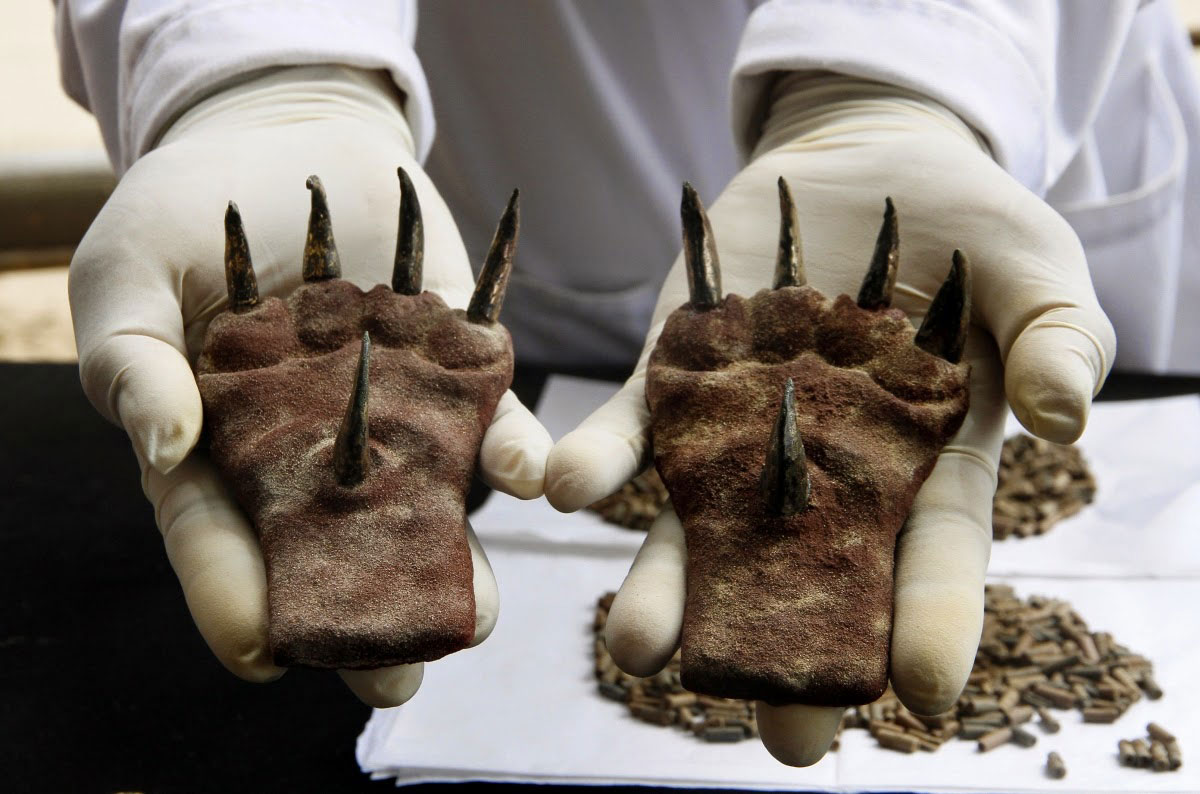 More on the Moche ruler’s tomb

Archaeologists suggest that the set of sharpened metallic claws found in the tomb of the Moche ruler at Huaca de la Luna had a ritual use.

In fact they believe the claws may have been attached to a full body costume, which played a part in ritual combat. They speculate that a ritual battle was fought between two males, in which the winner was given the claws as a victory prize. The unfortunate loser was then sacrificed to the gods.

The Moche worshipped many gods, and there are theories that they carried out regular blood sacrifices, possibly associated with rites of ancestral renewal and agricultural fertility or to guarantee good weather. Researchers have speculated that victims may also have been held and tortured for several weeks before being sacrificed.

John Verano, a professor of anthropology at Tulane University, believes that some parts of the victim were eaten in ritual cannibalism. Durign excavations of Moche temple plazas groups of people sacrificed together have come to light. The skeletons of young men were excarnated – the practice of removing flesh and organs from a body.

The “Decapitator” or Ai Apaec is the nickname scholars gave to a specific figure appearing in Moche iconography, frequently depicted as a spider, sometimes as a winged creature or a sea monster, or as “a human figure with a tiger’s mouth and snarling fangs”. When the body is included, the figure is usually shown with one arm holding a knife and another holding a severed head by the hair.