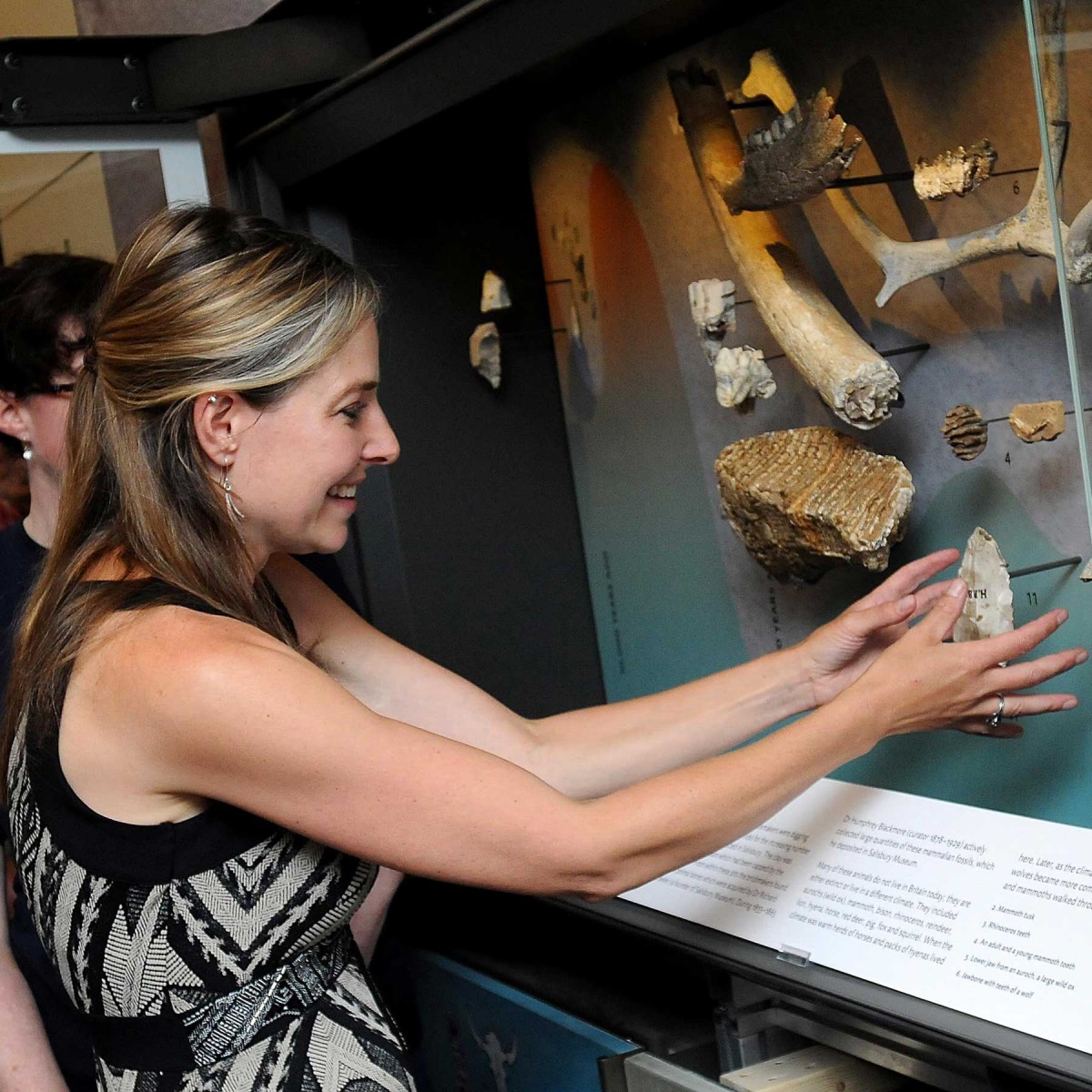 At the Salisbury Museum, one of the world’s leading galleries on the Stonehenge era

More than 2,000 visitors from around the world attended the grand opening of Salisbury Museum’s new £2.4 million world-class Wessex Gallery of Archaeology on Saturday (12 July) which was opened by anthropologist and TV presenter Professor Alice Roberts. The new £2.4 million gallery which houses Europe’s most extensive collection of Stonehenge and prehistoric artefacts, places the Salisbury Museum as one of the world’s leading galleries on the Stonehenge era.

The gallery showcases over 2,500 rare objects which tell the story of early Britain from the mathematical genius of the ancient Britons and Beaker people through to the Roman invasion and the Norman Conquest. It has received just under £1.8 million funding from the Heritage Lottery Fund in recognition of the region’s internationally important archaeological findings.

Some of the gallery’s most famous and treasured exhibits include the Beaker grave of the Amesbury Archer, a circa 2300BC Bronze Age man who was uncovered in 2002 with his possessions including Britain’s oldest gold objects. Other key pieces in the new gallery are the Warminster Jewel, a manuscript pointer from Alfred the Great’s reign, and the Wardour Hoard, one of the most important Bronze Age hoards in the country with over 100 objects including copper alloy spearheads, chisels and sword pieces dating from 2000-800BC discovered in 2011.

The Wessex Gallery also places the story of Stonehenge within its wider chronological and regional context. For example, it explores the stories of the archaeologists who uncovered the past – such as William Stukeley, who was one of the first to link the druids with Stonehenge, and the objects they discovered. It will include the gneiss mace-head found by Colonel William Hawley in 1924 and a bronze-age axe and dagger, which match the carvings on stone 53 discovered by Professor Richard Atkinson in July 1953. The gallery integrates and replaces two former galleries at the Salisbury Museum: the Pitt-Rivers Archaeological Collection and the Early Man Gallery.

“Over the past year, our dedicated team of staff, volunteers, contractors and suppliers has worked incredibly hard to transform the Wessex Gallery from a concept on paper into a reality. They have done an amazing job and I hope visitors will be impressed with what they see,” says Adrian Green, Director of Salisbury Museum.

“This is a fantastic new visitor attraction in Salisbury, with some amazing archaeological finds, which really brings the story of Stonehenge and ancient Britain to life in a highly visual, imaginative and exciting way that’s not only memorable and compelling, but takes visitors on a fascinating journey of discovery. It houses one of best collections of the Stonehenge era in the world with some incredibly rare and exciting artefacts which have never been on public display. We are extremely proud of the new Wessex Gallery and look forward to welcoming visitors from across the country and from around the world.”

The gallery opening was marked by an all-day programme of action-packed celebrations, special events, exciting living history displays and demonstrations of traditional skills and crafts. TV personality and field archaeologist Phil Harding was also at the event to demonstrate flint knapping – the ancient art of shaping tools and weapons from stones – which the early Britons used.

The new Wessex Gallery of archaeology was designed by architects and exhibition designers Metaphor and built by specialist builders Realm Projects.