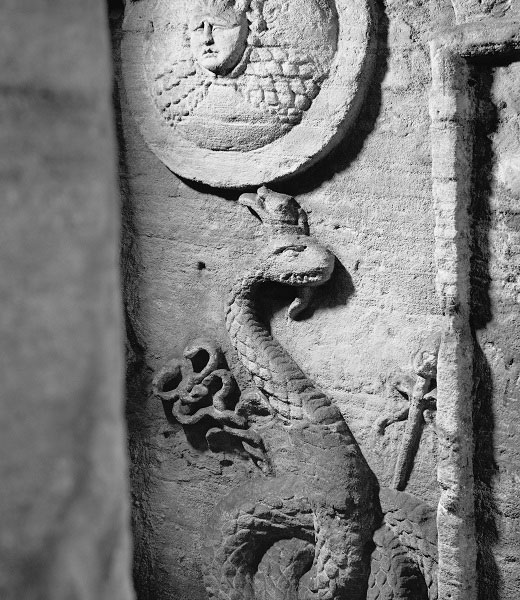 A universal object of desire at the centre of the universe

During the thousand years that spanned the Hellenistic and Roman periods, “Alexandria the Divine”, the axis of the world, was at the heart of the first globalisation of knowledge and beliefs. An exhibition dedicated to this glorious city is on show at the Martin Bodmer Foundation in Switzerland.

In the 2nd-3rd century AD, a book was written glorifying Alexander, the conqueror who had founded the city of Alexandria. The city was to be “a divine world, a universal object of desire at the centre of the universe”, just as Sarapis had revealed to Alexander in a dream.

The art and scientific works, and the exhibition of the same name, evoke the past glory of the city. They also illustrate the extent of the intellectual, cultural and religious exchanges that took place during Antiquity, which were commensurate with Alexander’s genius and befitted the prestige and power of the Roman Empire. The legacy was tremendous both in the Muslim world and in Europe until the accession of the Medicis who turned Florence into the new Alexandria of the Renaissance.

The Martin Bodmer Foundation, the Biblioteca Medicea Laurenziana and the Fondation Gandur pour l’Art have joined forces and combined their treasures to portray Alexandria’s remarkable fate. More than one hundred renowned scholars and researchers have worked together to uncover new knowledge. They have shed new light on the manuscripts, archaeological objects and historical sites displayed in more than 400 original photographs, most of them large format prints.

The exhibition at the Martin Bodmer Foundation assembles papyri, archaeological objects belonging to the Jean Claude Gandur collection and original manuscripts, which are among the most prestigious of the Medici collection. Forty original photographs, printed using old techniques, bring to life the places where the manuscripts and objects were produced. These superb displays offer an insight into the glory of Alexandria.

The exhibition will run through 31 August 2014.