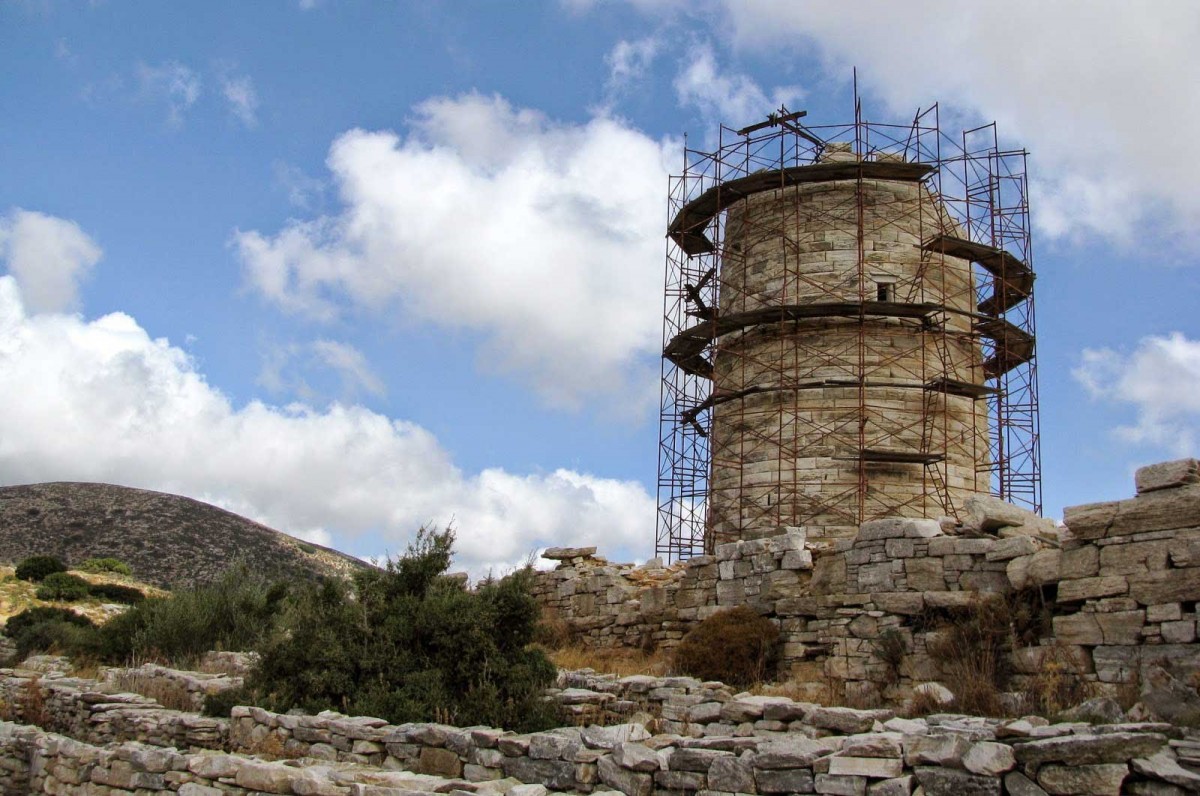 The Cheimarros Tower on Naxos to be restored

Following the approval of the Central Archaeological Council

The Cheimarros Tower of Naxos will be restored following the approval of the Central Archaeological Council.

The Cheimarros Tower was declared an archaeological site in 2011 along with two adjacent Byzantine churches, a part of an ancient road and part of the Tower’s fencing wall.

The Tower imposingly stands out in a remote area with impressive scenery. It is a building of the 4th century, 15m in height with a double wall. It was made of the local white marble without a binding agent and with great skill that indicated the high quality of stone carving in the classical antiquity. The gap between the two faces is filled with a mixture of clay and boulder. The fine matching of the exterior stones without binder is an evidence of the high quality of the ancient stone art.

The strong defensive character of the tower is verified by its height, the presence of only one window at a height of 10m and its small loopholes. In the interior of the building there is the ground floor and three further floors connected with a marvellous marble staircase. It is estimated that along with the roof the initial height of the tower was 18m but its shape isn’t certain. Finally, the tower is fenced with a 35m-long wall.

NOTES
1. The Archaeology New Network http://archaeologynewsnetwork.blogspot.gr/2014/07/the-cheimarros-tower-on-naxos-to-be.html?utm_source=feedburner&utm_medium=feed&utm_campaign=Feed:+TheArchaeologyNewsNetwork+(The+Archaeology+News+Network)#.U9CzeoB_sSh (22/7/2014)
2. This is Naxos, http://thisisnaxos.gr/eng/page.aspx?itemID=SPG234