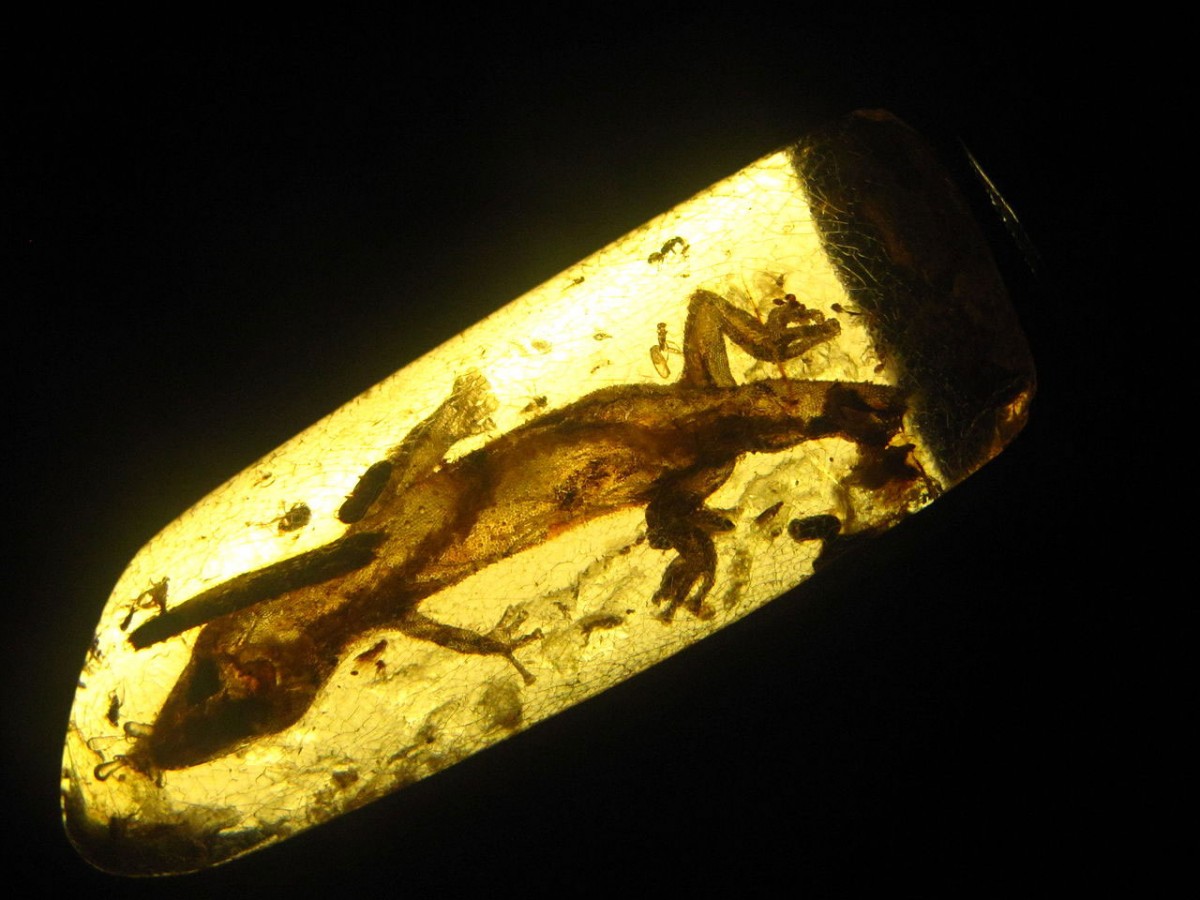 The discovery of a remarkable new pygmy grasshopper

The scientists are searching through the massive collection of 20-million-year-old amber found in the Dominican Republic more than 50 years ago, and the effort is yielding fresh insights into ancient tropical insects and the world they inhabited.

When the collection is fully curated, a task that will take many years, it will be the largest unbiased Dominican amber collection in the world, the researchers report.

Perhaps the most striking discovery thus far is that of a pygmy locust, a tiny grasshopper the size of a rose thorn that lived 18- to 20-million years ago and fed on moss, algae and fungi. The specimen is remarkable because it represents an intermediate stage of evolution in the life of its subfamily of locusts (known as the Cladonotinae). The most ancient representatives of this group had wings, while modern counterparts do not. The newly discovered locust has what appear to be vestigial wings — remnant structures that had already lost their primary function.

The discovery is reported in the journal ZooKeys.

“Grasshoppers are very rare in amber and this specimen is extraordinarily well-preserved,” said Sam Heads, a paleontologist at the Illinois Natural History Survey, a division of the Prairie Research Institute at the University of Illinois.

Heads, laboratory technician Jared Thomas and study co-author Yinan Wang found the new specimen a few months after the start of their project to screen more than 160 pounds of Dominican amber collected in the late 1950s by former INHS entomologist Milton Sanderson. Sanderson described several specimens from the collection in a paper in Science in 1960, a report that inspired a generation of scientists to seek out and study Dominican amber, Heads said.

The bulk of the Sanderson amber collection remained in storage, however, until Heads uncovered it in 2010.

Heads has named the new pygmy locust Electrotettix attenboroughi, the genus name a combination of electrum (Latin from Greek, meaning “amber”) and tettix (Greek, meaning “grasshopper”). The species is named for Sir David Attenborough, a British naturalist and filmmaker (not to be confused with Richard Attenborough, David’s actor brother who appeared in the movie “Jurassic Park”).

“Sir David has a personal interest in amber, and also he was one of my childhood heroes and still is one of my heroes and so I decided to name the species in his honor — with his permission of course,” Heads said. (Attenborough narrates and appears in a new video about the Sanderson collection and the specimen that bears his name.)

The process of screening the amber is slow and painstaking. Much of the amber is clouded with oxidation, and the researchers must carefully cut and polish “windows” in it to get a good look at what’s inside. In addition to the pygmy locust, Heads and his colleagues have found mating flies, stingless bees, gall midges, Azteca ants, wasps, bark beetles, mites, spiders, plant parts and even a mammal hair.

The pygmy locust was found in a fragment that also contained wasps, ants, midges, plant remnants and fungi. Such associations are rich in information, Heads said, offering clues about the creatures’ physiological needs and the nature of their habitat.

“Fossil insects can provide lots of insight into the evolution of specific traits and behaviors, and they also tell us about the history of the time period,” Heads said. “They’re a tremendous resource for understanding the ancient world, ancient ecosystems and the ancient climate – better even, perhaps, than dinosaur bones.”