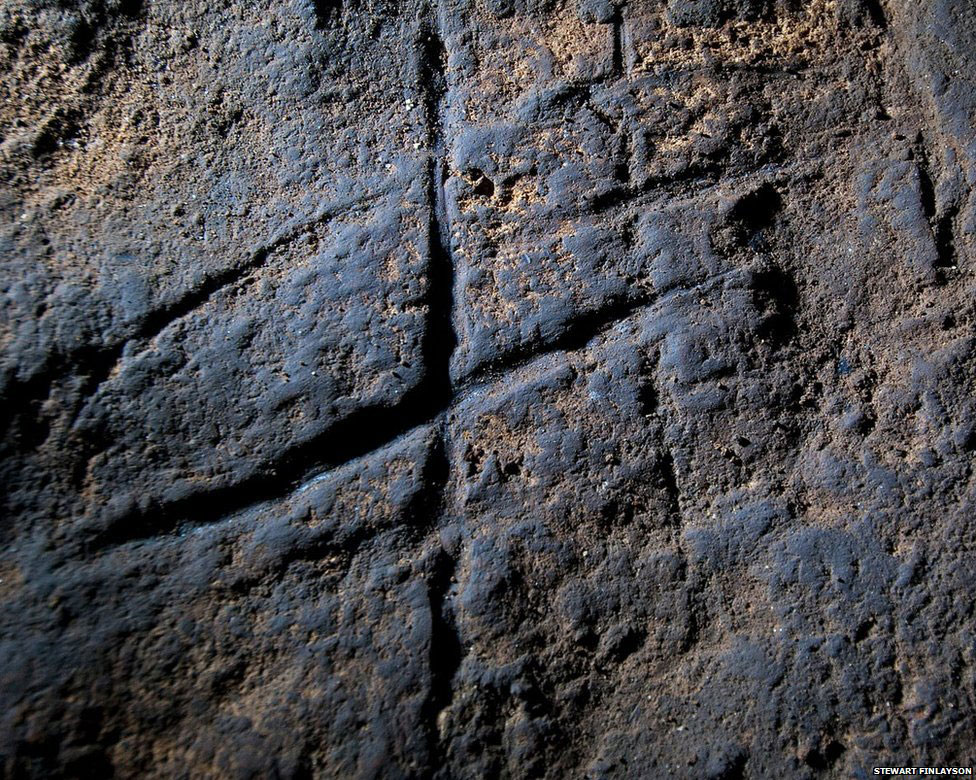 The first Neanderthal work of art?

A study of a rock engraving discovered within Gorham’s Cave in Gibraltar finds that the series of criss-crossed lines cut into stone was likely created by Neanderthals. This would represent Neanderthals’ capacity for abstract expression.

The discovery is a significant shift in our understanding of human development, as Neanderthals had been considered incapable of abstract thought and expression until now.

“Creating paintings or carvings in caves is seen as a cognitive step in human development,” said Prof. Joaquín Rodríguez-Vidal of the University of Huelva – one of the researchers whose study of the cave was published in the Proceedings of the National Academy of Sciences (PNAS) on Monday.

As this behaviour was considered exclusive to modern humans, who arrived in Western Europe around 40,000 years ago, it has been used as an argument to distinguish our direct ancestors from ancient man, including Neanderthals,” the Professor explained.

There is now ample evidence that Neanderthal intellectual abilities may have been underestimated. Recent finds suggest they intentionally buried their dead, adorned themselves with feathers, painted their bodies with black and red pigments, and consumed a more varied diet than had previously been supposed.

The work, uncovered in 2012 and measuring about 10 sq ft, consists of eight lines cut deep into the rock that is arranged in two groups of three long cuts and two shorter ones. The cross-hatched pattern was overlain by undisturbed sediment in which 294 Neanderthal stone tools had previously been discovered, suggesting that the engraving pre-dated the 39,000-year-old assemblage.

In order to understand how the markings were made, experimental grooves were made using different tools and cutting actions on blocks of dolomite rock similar to the one at Gorham’s Cave.

The method that best matched the engraving was one in which a pointed tool or cutting edge was carefully and repeatedly inserted into an existing groove and passed along in the same direction. This, the authors argue, would appear to rule out an accidental origin for the design, such as cutting meat or fur on top of the rock.