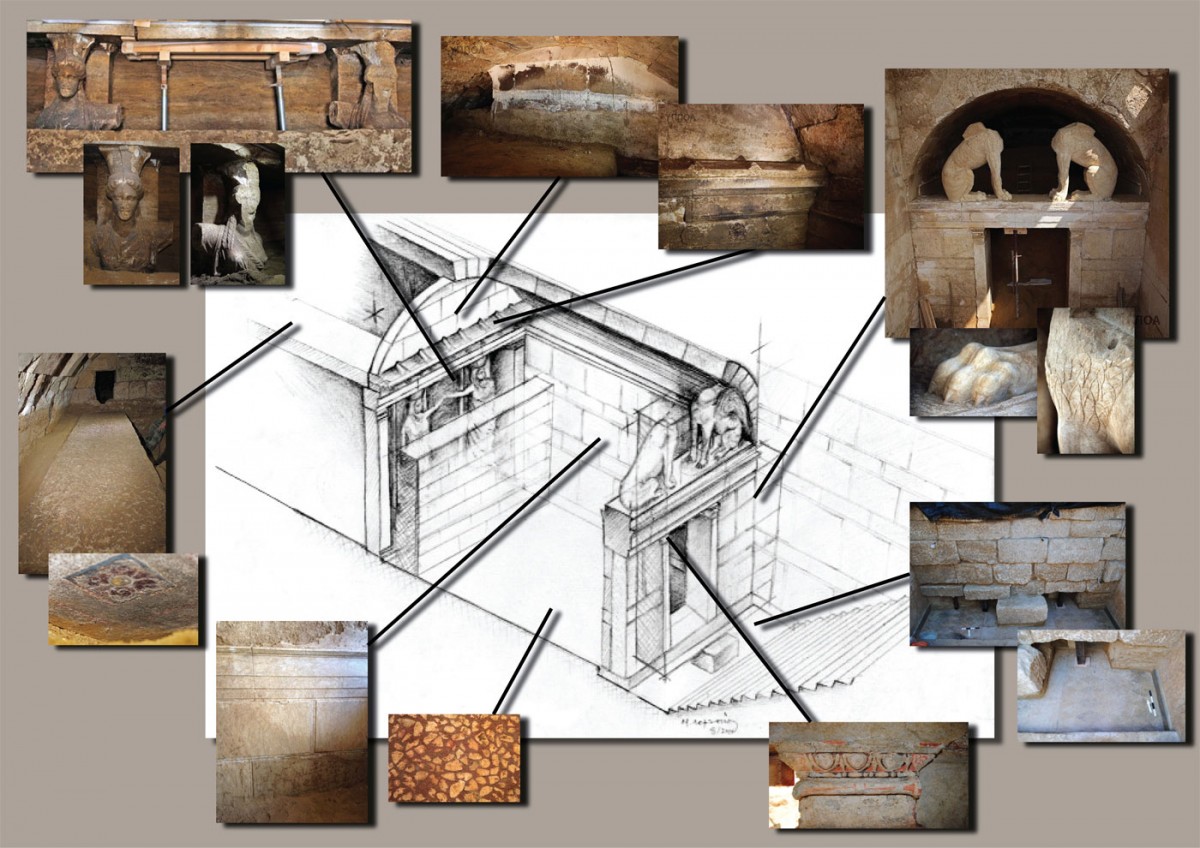 The two Caryatids have “conquered” the international media

Τhe international media cover the discovery of the two Caryatids at the antechamber of the tomb which is being investigated at the Kasta tumulus in Amphipolis, following with a vivid interest the ongoing excavations of the “biggest ancient tomb ever found in Greece”.

Meanwhile the excavations, conducted by the 28th Ephorate of Prehistoric and Classical Antiquities, are being carried on at the Kasta hill. According to an announcement of the Hellenic Ministry of Culture, the removal of debris is being continued horizontally across the whole surface of the site, between the diaphragmatic wall with the Caryatids and the third wall, in order to reduce the stresses and to gradually assure the static adequacy of the monument. This measure is taken after the decision of the interdisciplinary technical group of experts.

On Tuesday the first axonometric representation of the burial monument by the architect M. Lefantzis was released, showing the two diaphragmatic walls with the two Sphinxes and the Caryatids.

Conservation and consolidation works are being continued. The recording works of the archaeological excavation surveys are being carried on as well.

The Secretary General of the Cultural Ministry Mrs. Lina Mendoni attributed the missing face of one of the Caryatids to the aging of materials and not to human intervention.