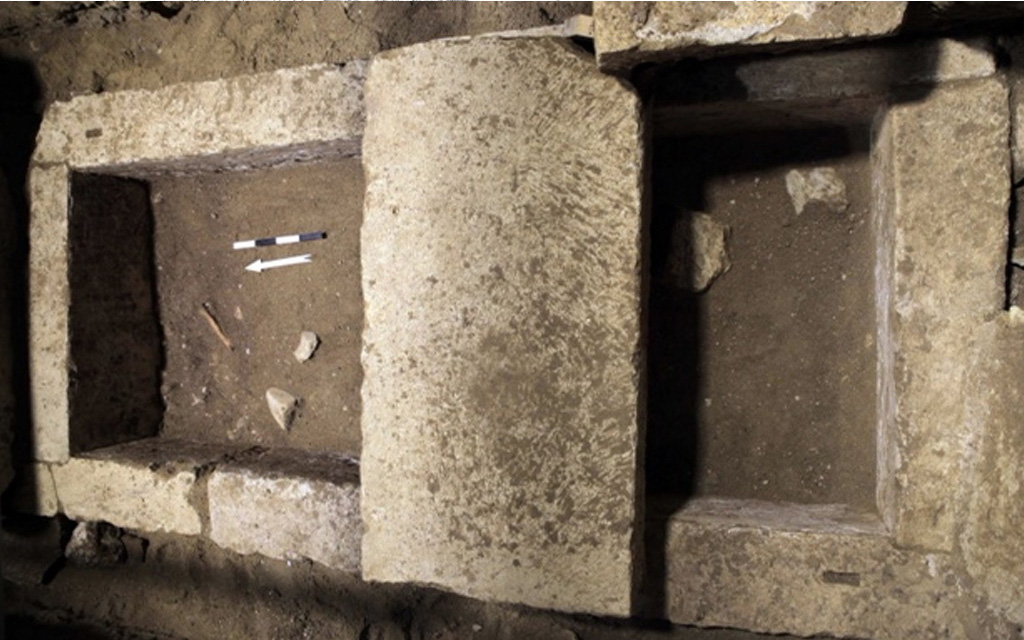 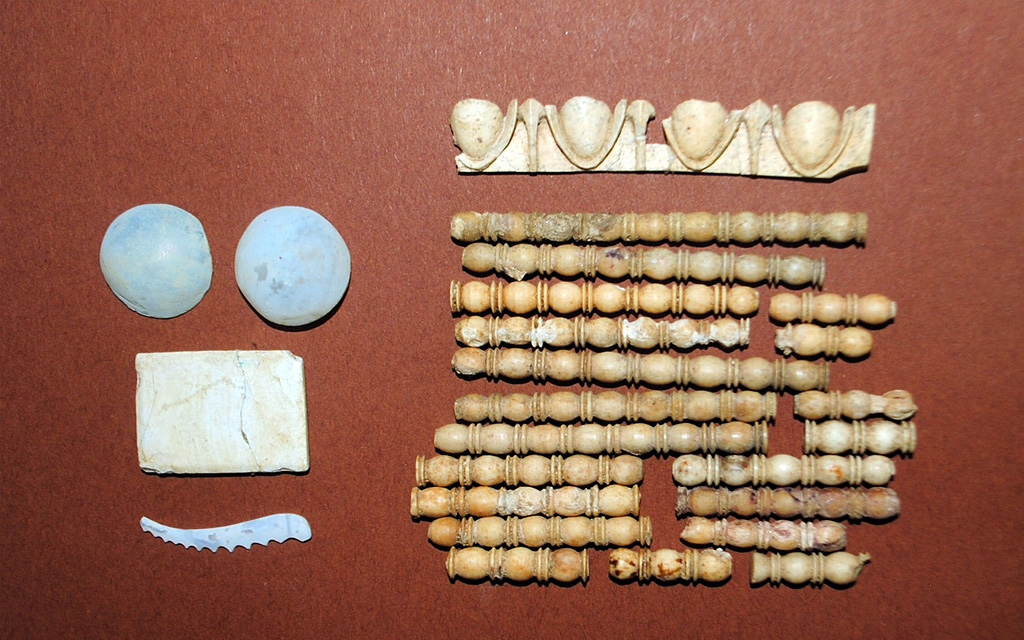 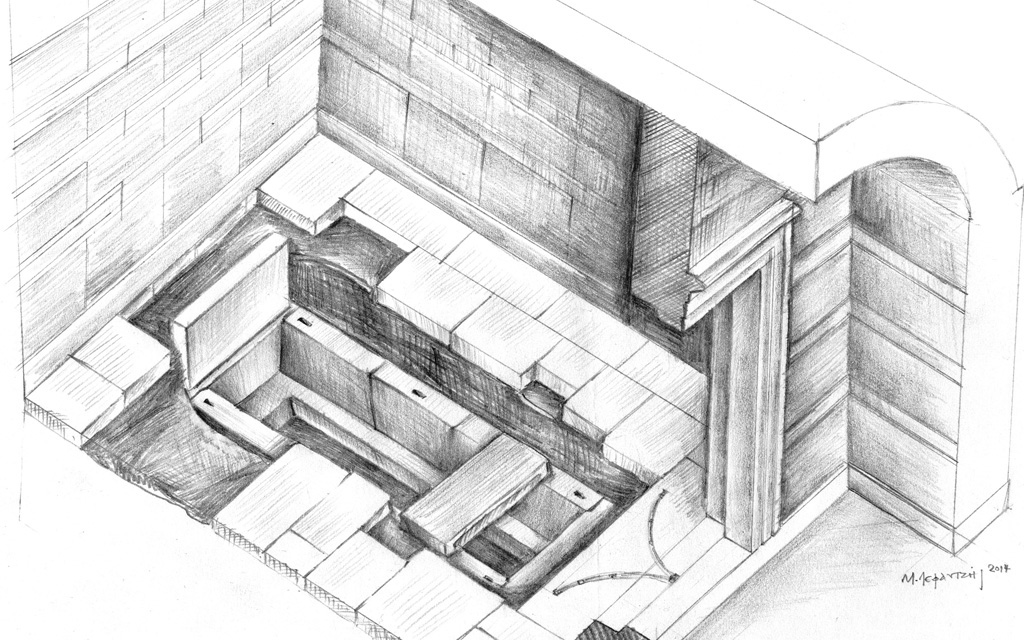 Excavations have continued by the Ephorate of Antiquities of Serres on the Kasta hill, focusing on the third chamber. In a depth of 1.60m underneath the preserved floor stone, a big cist grave was found made of porous stones.

The external dimensions of the grave are 3.23m length, 1.56m width and 1m height. However, during the dig, jambs of the tomb’s superstructure were found, which allow archaeologists to believe that the monument had a height of at least 1.80m.

Inside the burial monument an elongated deepening of 0.54m width and 2.35m length was opened, in which the wooden coffin was placed. Scattered iron and bronze nails, bone and glass decorative items of the coffin were also unearthed. The third chamber’s total height is 8.90m.

The skeleton was found inside and outside the tomb. The anthropological material will be examined by experts.

The burial complex on Casta hill is a public work. Its building required the biggest quantity of marble ever used in Macedonia. Several factors constitute its uniqueness: the tomb’s height of 33m height. The total height of the pedestal with the lion head, which measures 15.84m. The Sphinxes, the Caryatids and the beautiful mosaic with the abduction of Persephone. The marble painted epistyles…

It is a very expensive construction, the cost of which could never have been covered by a private individual.

It is probably the monument of a heroized deceased, e.g. of a mortal whom the society of the time honoured and worshipped. The deceased was an eminent personality, otherwise the construction of this unique burial complex cannot be explained.