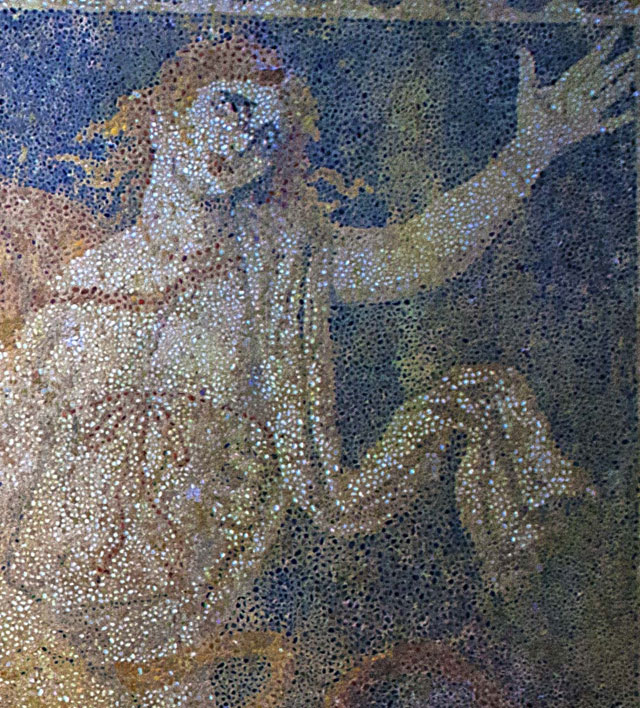 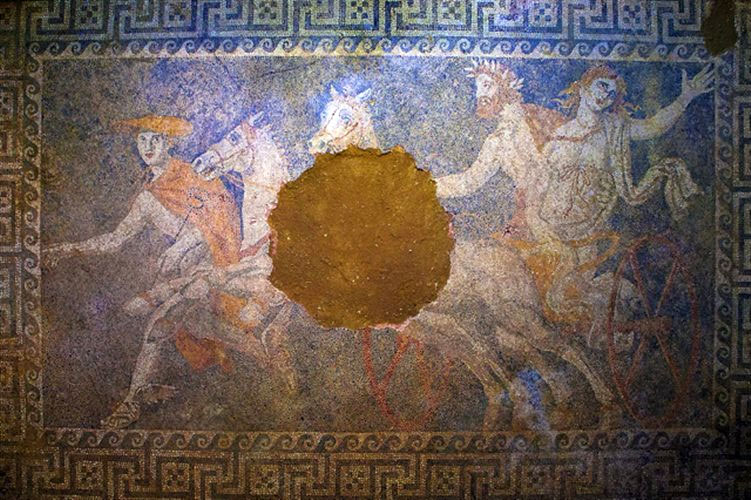 Persephone’s abduction by Pluto is depicted on the mosaic

The whole scene was revealed on Thursday

The third figure of the mosaic revealed on Kasta Hill, Amphipolis, on Sunday, was uncovered yesterday, behind the bearded man who wears a red himation. It is a female figure with waving red curls, wearing a white chiton held by a red ribbon at her breast. On her left hand she is wearing a bracelet.

It is obvious that the scene depicts Persephone’s abduction by Pluto. The presence of Hermes psychopombos is common in similar depictions.

The scene is impressive not only because of its rich variety of colours, but also for the perfect execution of the drawing. The mosaic features the third dimension, especially on the depiction of Hermes and Persephone. It is evident that the scene refers to the respective one in the “Tomb of Persephone” of the Great Tumulus at Aigai – although the latter is a fresco.

In the Amphipolis-case it is the first time we find a pebbled mosaic in a burial monument. The mosaic floor’s dimensions are 4.5x3m.