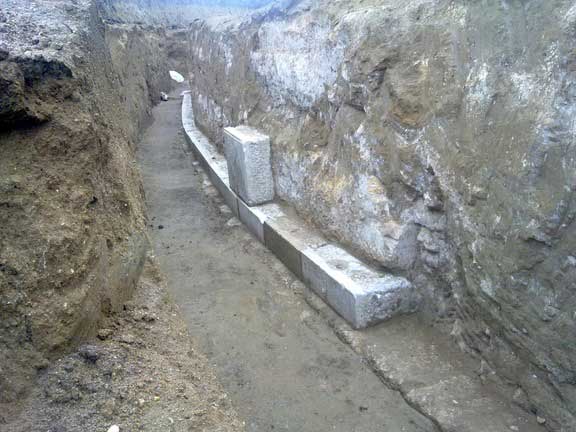 Culture Ministry of Greece stated it is “overbold” to assume that the ancient mould excavated could contain an ancient Macedonian tomb or even Alexander the Great. This assumption “lacks scientific proof”, as pointed out in the same statement.

By this, the General Directorate of Antiquities and Cultural Heritage answers to the various publications in Greek websites that the excavations of the big enclosure of the 4th century BC at the Kasta site of Amphipolis have brought to light the grave of Alexander the Great.

The Ministry of Culture stresses that the find (meaning the enclosure) is undoubtedly very significant but any identification with historic personage is overbold.

The excavations at the Kasta site of Amphipolis have started in the 1960s by archaeologist Dimitris Lazaridis. Over the last two years, excavations at the site have been headed by director of the 28th Ephorate of Prehistoric and Classical Antiquities Aikaterini Peristeri.

The survey brought to light an extremely significant circular enclosure, dated to the end of the 4th century BC. It is of a remarkable structure, built with bases, jambs, superstructure and crowning of white Thasian marble. The enclosure surrounds a mound. The enclosure is It is of 3 m. height and a diameter of 1,6 m. Its perimeter is estimated to be c. 500 m., of which 405 m. have been excavated until now. The monument had been destructed in the past, which is why several architectural members are not in situ. Surveys of the 28th EPCA have located architectural members of the monument scattered at the area of the Amphipolis Lion, while many of them had been walled in its base. It is due to this fact, that archaeologists believe that the impressive enclosure is probably linked to the Amphipolis Lion which, as some of them believe, was placed at the highest point of the mound.