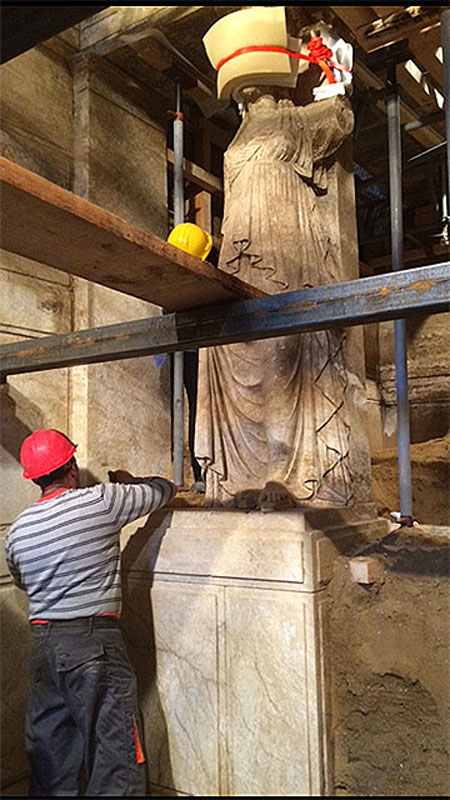 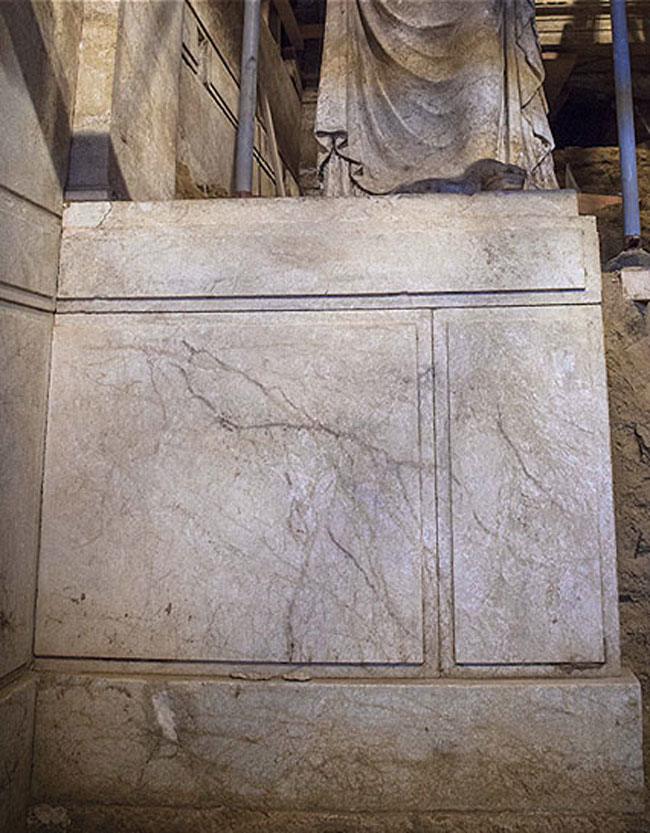 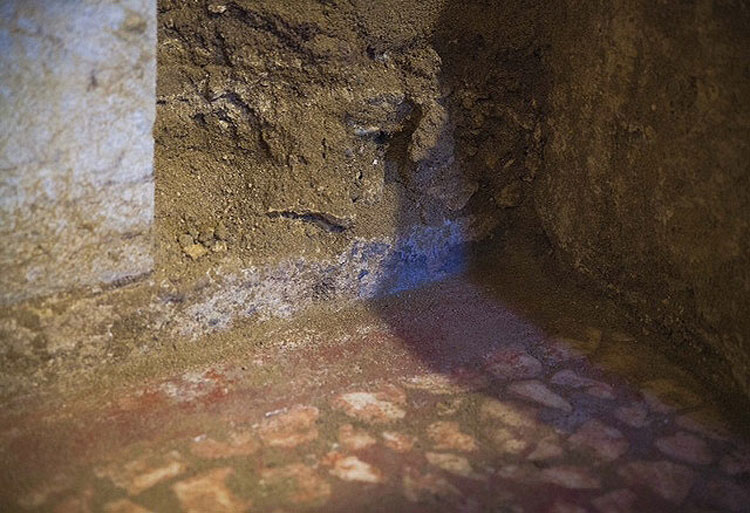 The Caryatids on their pedestals

The height of pedestal and statue is an imposing 3.67m

The marble pedestals on which the two Caryatids of the Amphipolis burial monument (northern Greece) stand were fully revealed after the two last blocks of the sealing wall in front of the second diaphragmatic wall were removed.

The 28th Ephorate of Prehistoric and Classical Antiquities has continued the excavation works, led by archaeologist Katerina Peristeri, removing debris up to 1.5m depth and revealing the rest of the marble revetment of the walls, as in the previously unearthed chamber, and a big part of the frame leading to the third chamber.

Buttressing works have been completed in the first chamber and carried on in the second and third one.