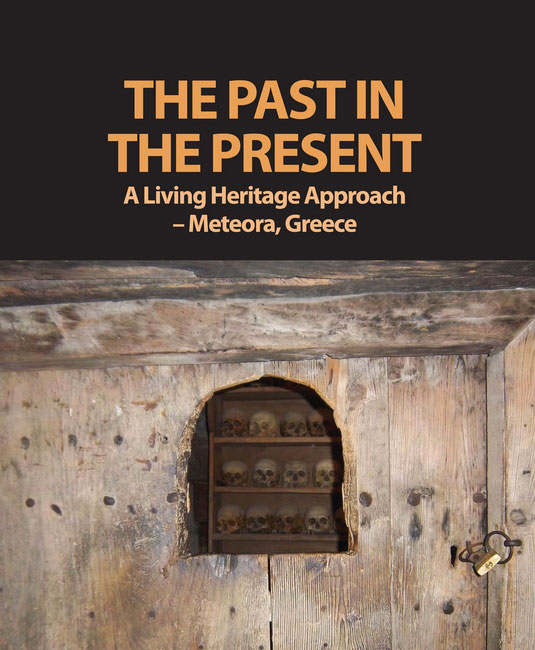 Past in the Present: A Living Heritage Approach – Meteora, Greece

The Past in the Present deals with the complexities in the operation and management of living heritage sites. It presents a new interpretation of such sites based on the concept of continuity, and its evolution to the present.

It is demonstrated that the current theoretical framework and practice of conservation, as best epitomised in a values-based approach and the World Heritage concept, is based on discontinuity created between the monuments (considered to belong to the past) and the people of the present, thus seemingly unable to embrace living heritage sites. From this position, the study suggests an innovative approach that views communities and sites as an inseparable entity: a Living Heritage Approach.

This approach brings a new insight into key concepts such as authenticity and sustainable development. Through the use of the monastic site of Meteora, Greece, as a case study, the discussion generated aims to shift the focus of conservation from ‘preservation’ towards a continual process of ‘creation’ in an ongoing present, attempting to change the way heritage is perceived, protected and, more importantly, further created.

Ioannis Poulios conducted his PhD research on heritage management and sustainable development at the Institute of Archaeology / University College London, being awarded his degree in 2008. He has collaborated with international organisations ICCROM and UNESCO as well as local Greek organisations, and teaches at the Hellenic Open University.