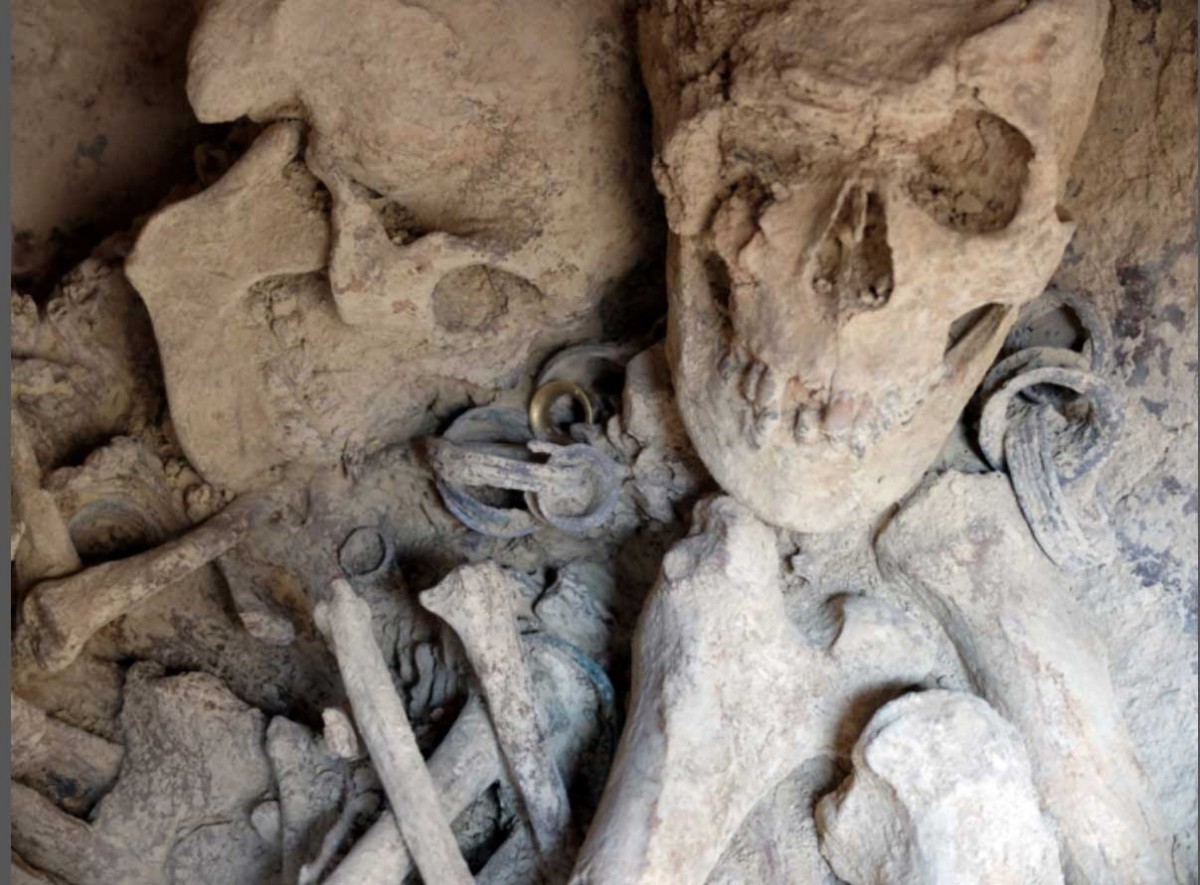 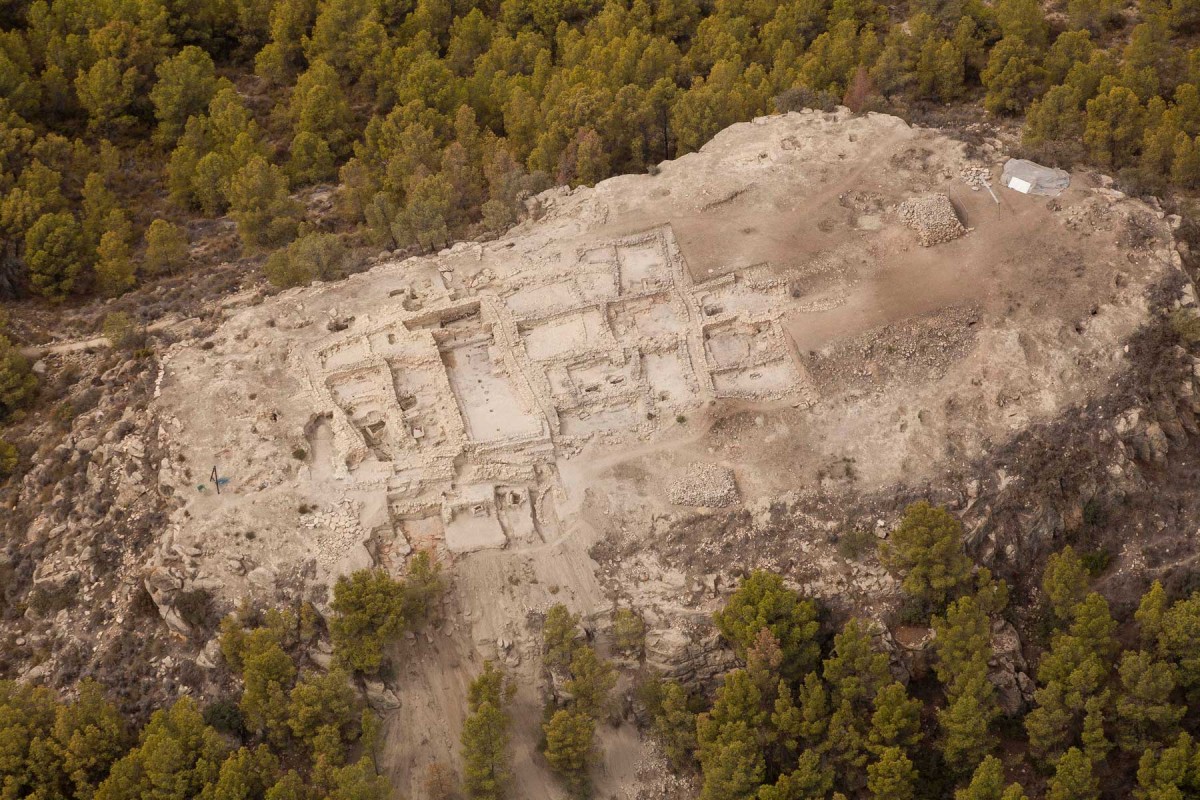 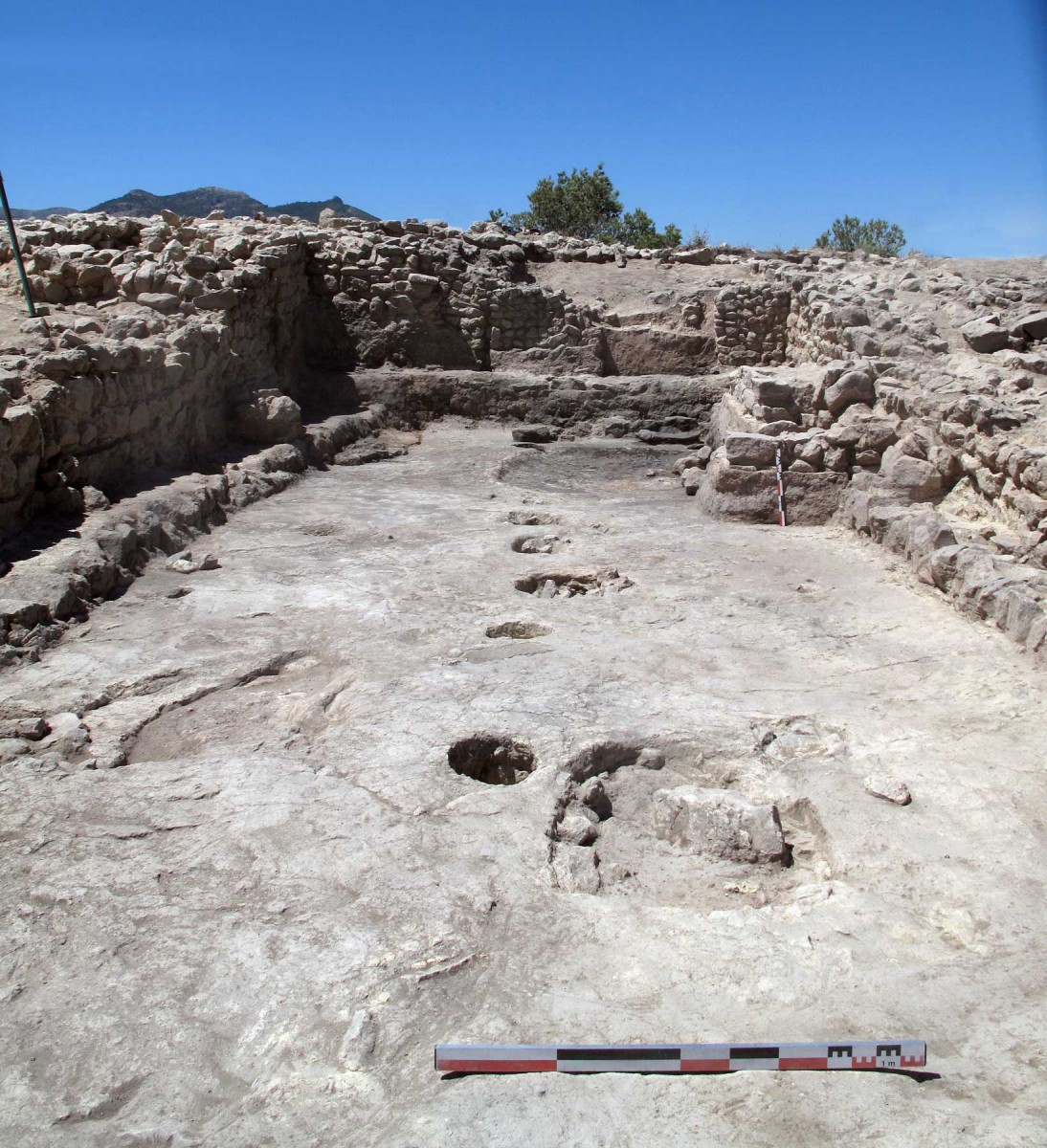 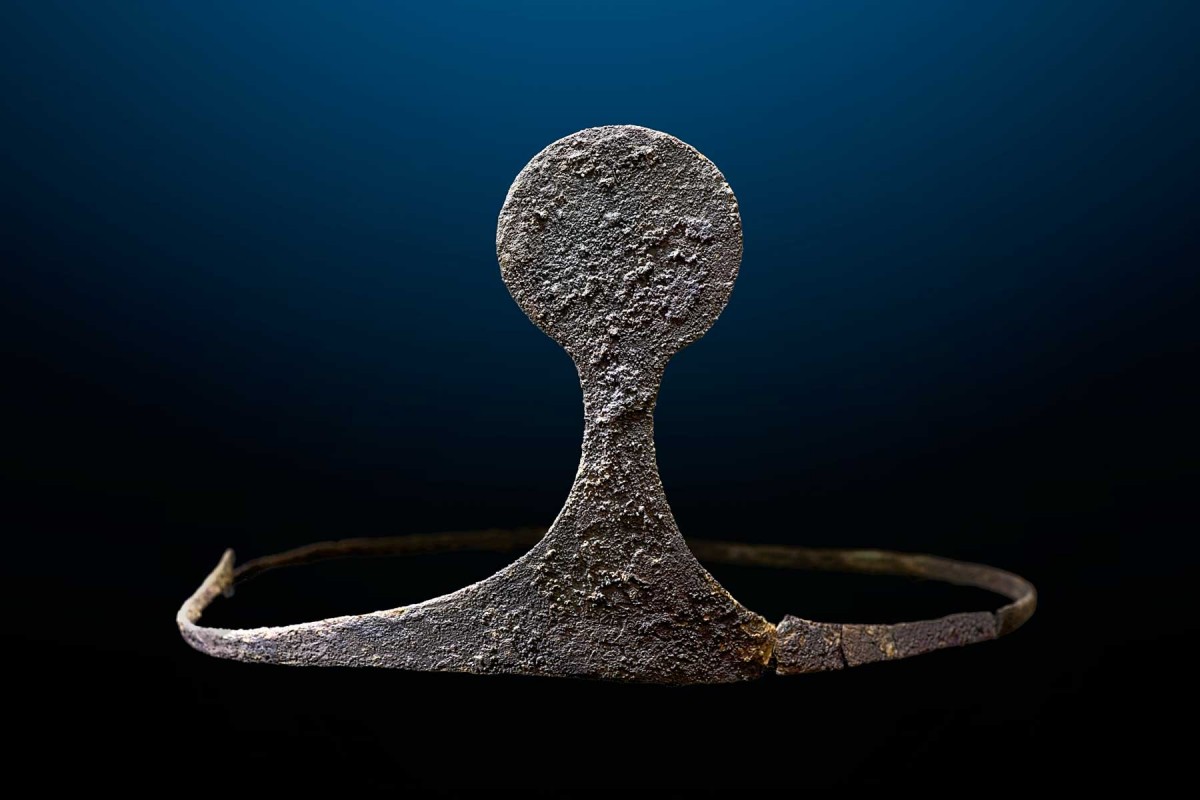 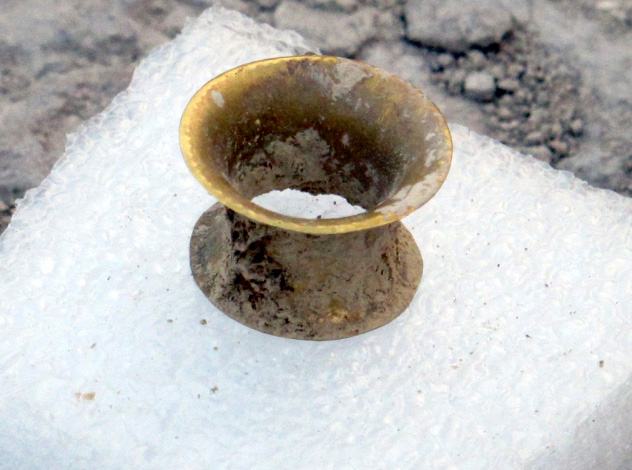 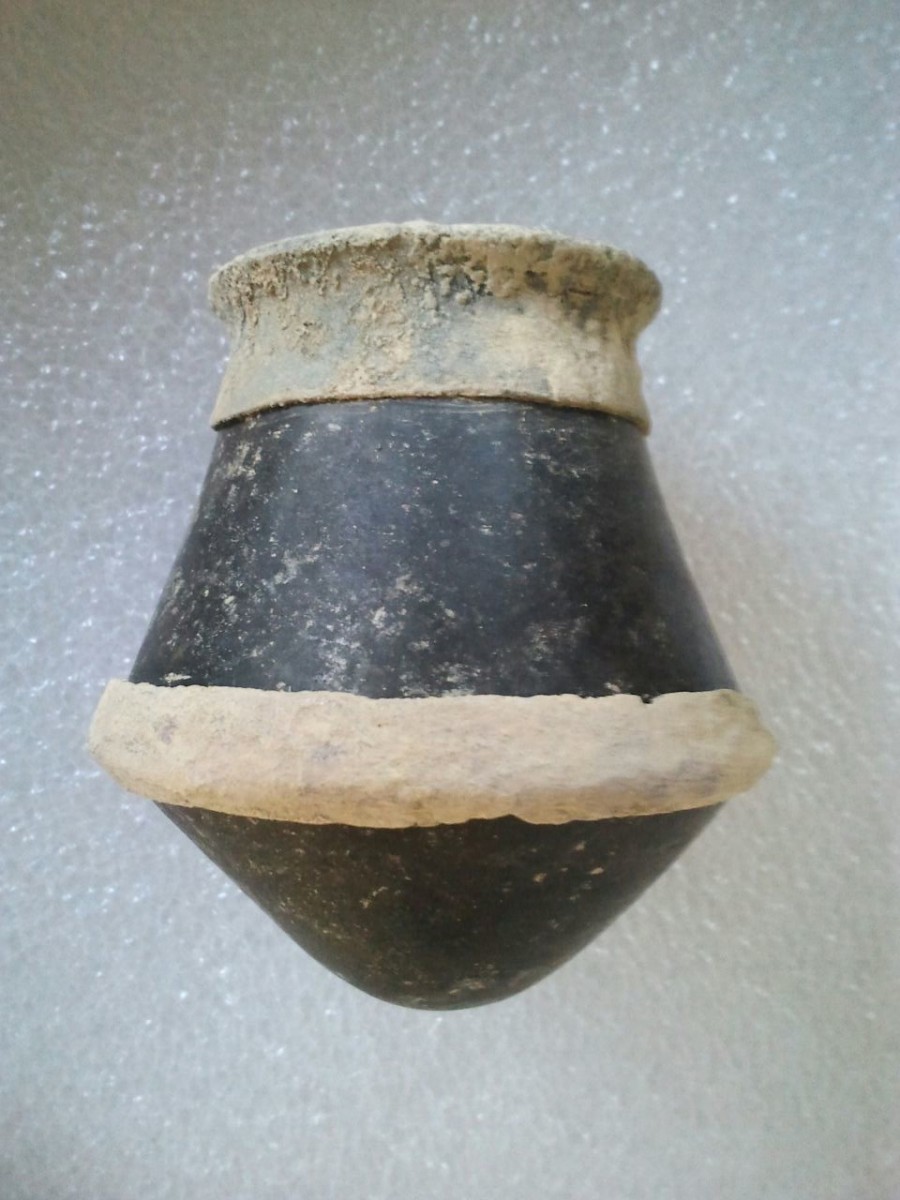 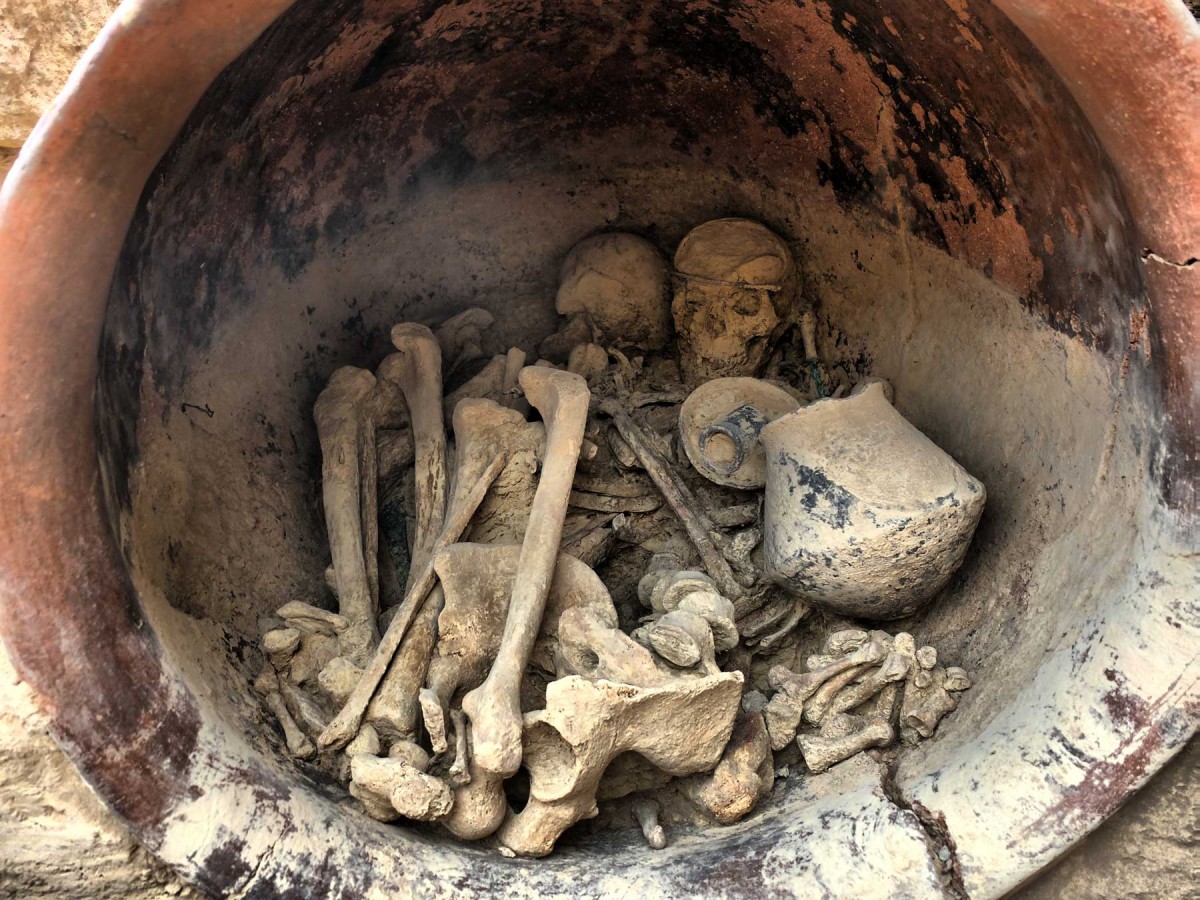 An excavation conducted in August by the researchers of the UAB’s (Universitat Autònoma de Barcelona) Department of Prehistory Vicente Lull, Cristina Huete, Rafael Micó and Roberto Risch has made evident the unique archaeological wealth of La Almoloya site, located in Pliego, Murcia. The site was the cradle of the “El Argar” civilisation which lived in the south-eastern part of the Iberian Peninsula during the Bronze Age.

La Almoloya is located on a steep plateau which dominated an extensive region. This strategic and privileged position gave way to over six centuries of occupation, from 2200 to 1550 before our common era. The site was discovered in 1944 by Emeterio Cuadrado and Juan de la Cierva.

The findings indicate that La Almoloya was a primary centre of politics and wealth within the political territory of El Argar – located a few hundred kilometres to the south in Almeria – and sheds new light on the politics and gender relations in one of the first urban societies of the West.

The discoveries made by the archaeological team include an urban tissue made up of fully equipped buildings, as well as dozens of tombs, most of them including grave goods. According to archaeologists, this urban tissue, as well as the solidity and mastery of the construction techniques, are unique samples of pre-historic constructions in continental Europe.

The excavations indicate that the La Almoloya plateau, of 3,800 metres square, was densely populated and included several residential complexes of some 300 square metres, with eight to twelve rooms in each residence. The buildings’ walls were constructed with stones and argamasa, and covered with layers of mortar. Some parts contain stucco decorated with geometric and naturalistic motifs, a novelty which represents the discovery of an Argaric artistic style.

Among the discoveries made is a wide hall with high ceilings measuring some 70 square metres, with capacity for 64 people seated on the benches lining the walls. The hall includes a ceremonial fireplace and a podium of symbolic character. This unique building was used for political purposes and archaeologists consider that it must have been used to celebrate hearings or government meetings.

Archaeologists affirm that this is the first time a building specifically dedicated to governing purposes has been discovered in Western Europe, and believe that decisions were taken here which affected many of the region’s other communities.

The hall and adjoining rooms make up a large building which the archaeologists have classified as a palace. They highlight the fact that only the most important of Oriental civilisations had similar constructions during the Bronze Age, with comparable structures and functions.

Several items were recovered from the interior of the buildings, including objects made with metals, stones, bones, fabrics and ceramics; all in exceptional states of conservation.

A princely tomb with objects of great value

Of the fifty tombs excavated from under the La Almoloya buildings, one stands out in particular. Located in a privileged area, next to the main wall of the hall, the tomb reveals the remains of a man and woman buried with their bodies in a flexed position and accompanied by some thirty objects containing precious metals and semi-precious stones.

One of the most outstanding pieces is a silver diadem which encircled the skull of the woman. The silver diadem is of great scientific and patrimonial value, since the only other four diadems known to have existed were all discovered 130 years ago at the site of El Algar in Almeria, but none of them remain today in Spain.

Four ear dilators, which are unusual objects for the Bronze Age, were also discovered; two are made of solid gold and two of silver.

The abundance of silver is especially notable, since archaeologists also found nine other objects made of silver, including rings, earrings and bracelets. They also discovered that the nails used to hold the handle of an elaborate bronze dagger were made of silver.

One of the most admirable items is nonetheless a small ceramic cup with the rim and outer part covered in fine layers of silver and which constitutes a pioneering example of silverwork on vessels.

The last item worth mentioning is a metallic punch with a bronze tip and a handle forged in silver. This item is considered unique and archaeologists were surprised to discover the perfection with which it was crafted and the grooved designs which decorate the top of the punch.

According to researchers, the artefacts found at La Almoloya are of great historical and patrimonial relevance. Their interest transcends local scale and should be considered of first order for all of Europe. They assure that the items are unique and that in addition to their intrinsic value, there is also the fact that they are perfectly contextualised. The archaeologists also stress the need to conserve, study and disseminate these findings.

La Almoloya contains many unknown answers and offers many promising perspectives for future digs. The completion of the urban tissue and revealing the details of the first political structure of the West are some of the challenges remaining, archaeologists conclude.

A team expert in the Argaric Culture

The team in charge of the archaeological dig at La Almoloya is led by Vicente Lull, Rafael Micó, Cristina Rihuete and Roberto Risch, professors of the Universitat Autònoma de Barcelona. The same team had previously made important discoveries at the La Bastida site, another dig site in Murcia from the Bronze Age. From 2008 to 2012 the team was able to unearth a large fortification and several constructions found in the Argaric city.

The digs carried out at La Almoloya received funding from the firm CEFU, SA, owner of the land on which the site is located, and from Universitat Autònoma de Barcelona. The Council of Education, Culture and Universities of the Region of Murcia has also offered support to the research.

The discoveries were presented at the Archaeological Museum in Madrid, at an event which took place on October 8, 2014. UAB researchers also spoke on the importance of the La Almoloya and La Bastida sites for the study of the Bronze Age and the Argaric culture.