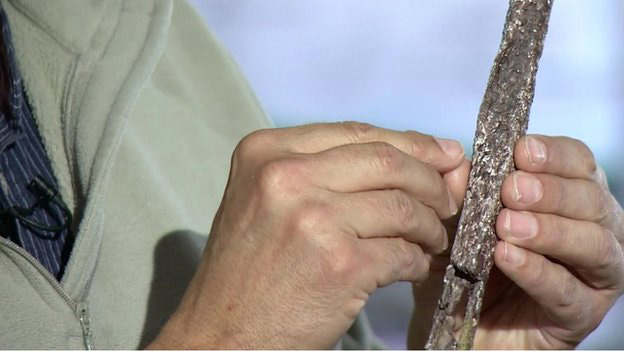 The oldest Parisian discovered in Tourville-la-Rivière

Trauma evident on the humerus may shed light on Neandertal behaviour

Scientists have recovered arm bones possibly belonging to a Neanderthal in silts close to the River Seine in France.

The human remains were found 100 km from the French capital in Tourville-la-Rivière and are dated to about 200,000 years ago. “These are the oldest fossils found near Paris; it’s the oldest Parisian, if you like,” said anthropologist Bruno Maureille of the Université de Bordeaux.

Researchers believe the bones are Neanderthal but cannot confirm this since no other fossils have been found.

However the robustness of the humerus, ulna, and radius speaks for a Neanderthal interpretation, as well as for the young age and the male sex of the individual.

Bruno Maureille and his colleagues have reported the discovery in the Plos ONE journal.

A trauma on the upper-arm bone suggests that the individual might have been hurt by repeatedly throwing something.

“If the evidence for the strong development of the deltoid region on the humerus has been interpreted correctly, this could provide an important clue that thrown spears were already in use in Europe about 200,000 years ago, something which many experts have questioned,” commented Chris Stringer from the Natural History Museum in London.

“There has been a widespread view that Neanderthals and earlier humans were reliant on thrusting spears, used for dangerous close-range confrontational hunting, and that only modern humans perfected launched projectiles – that view could now be questioned.”

An alternative explanation might be the repetitive rubbing of animal skins to soften them.