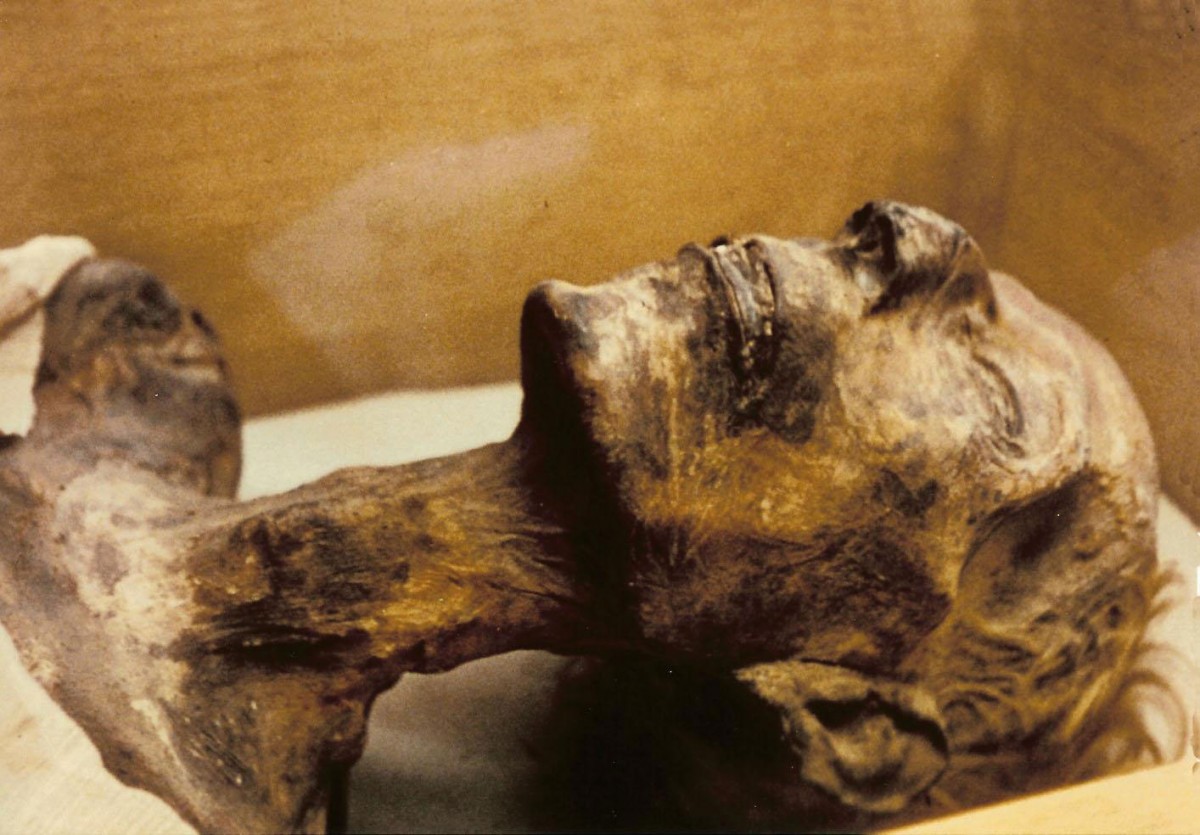 The process of mummification may induce changes in the spine

In a new study published in Arthritis & Rheumatology, the claimed diagnoses of ankylosing spondylitis (a systemic disease that causes inflammation in the spinal joints) thought to have affected members of the ancient Egyptian royal families is being refuted.

Professor in Radiology Department, Kasr Al Ainy Faculty of Medicine, Cairo, Egypt, Sahar N. Saleem and the Former Head of Department State for Antiquities Egypt, Cairo, Egypt, Zahi Hawass aimed to study the computed tomography (CT) scans of the royal Ancient Egyptian mummies dated to the eighteenth to early twentieth Dynasties for the claimed diagnoses of Ankylosing spondylitis and diffuse idiopathic skeletal hyperostosis (DISH) and to correlate the findings with the archaeology literature.

They studied the CT images of thirteen royal Ancient Egyptian mummies (1492-1153 BC) for ankylosing spondylitis and DISH diseases and correlated the findings with the archaeology literature.

CT findings excluded the diagnosis of ankylosing spondylitis based on absence of sacroiliac joints erosions, or fusion of the facet joints. Four mummies fulfilled the diagnostic criteria of DISH: Amenhotep III (18th Dynasty), Ramesses II, his son Merenptah, and Ramesses III (19th to early 20th Dynasties). Diagnosis of DISH, a commonly asymptomatic disease of the old age, in the four Pharaohs concord the longevity and active life styles that they have lived.

The CT findings excluded the diagnosis of ankylosing spondylitis in the studied royal Ancient Egyptian mummies and questioned the antiquity of the disease. CT features of DISH in this ancient period were similar to those commonly seen in modern populations and likely they will be in the future. Affection of Ramesses II and his son Merenptah supports familial clustering of DISH. The process of mummification may induce changes in the spine that should be considered during investigations of mummy diseases.