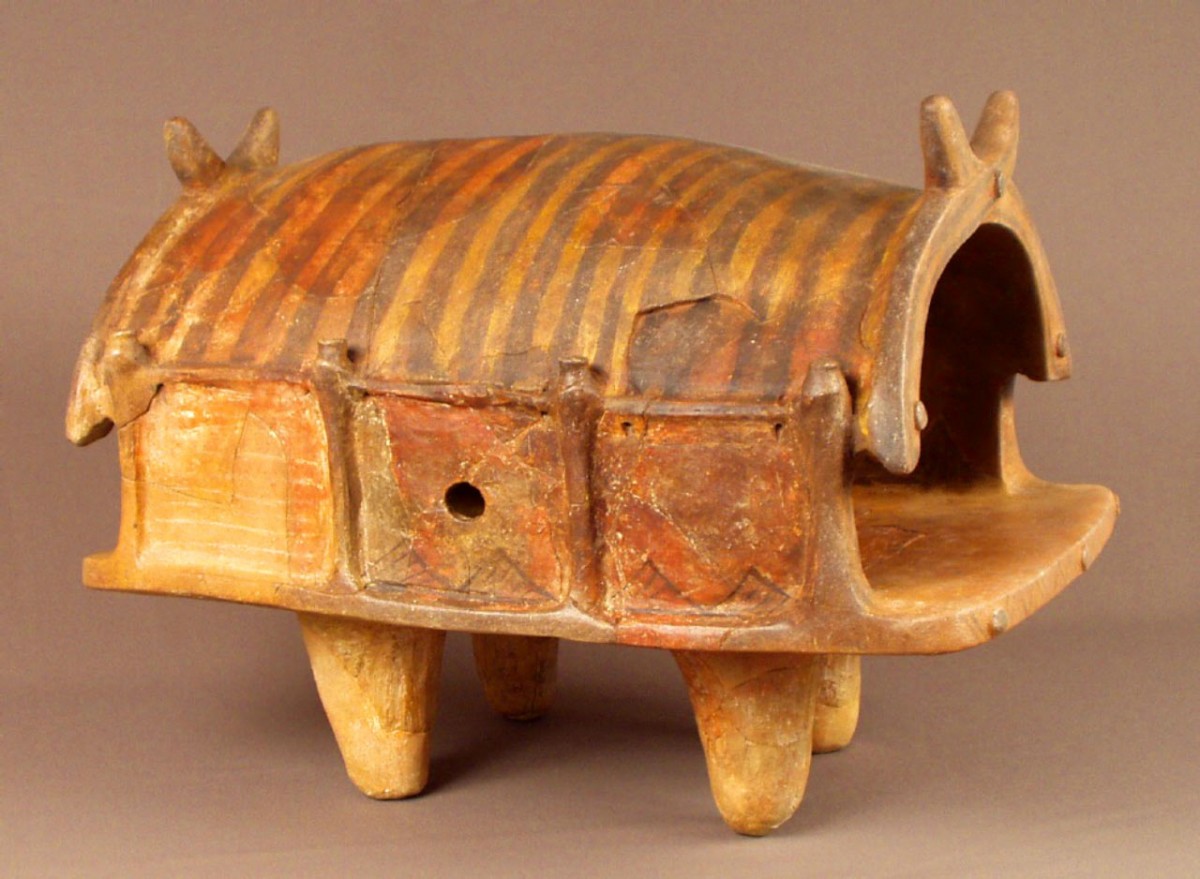 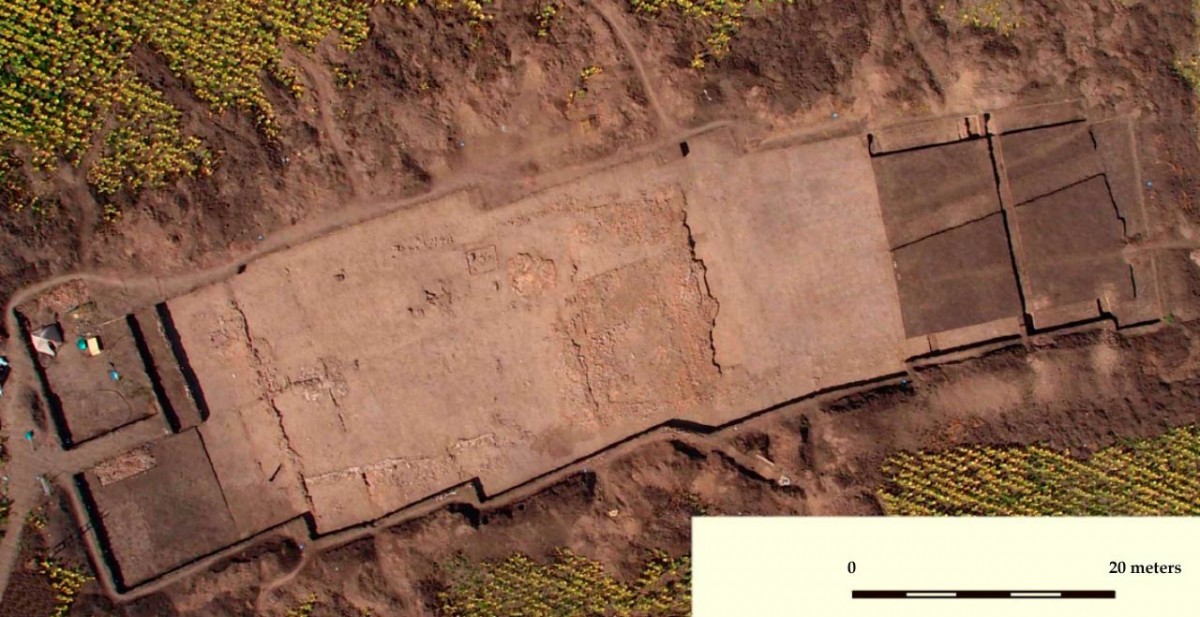 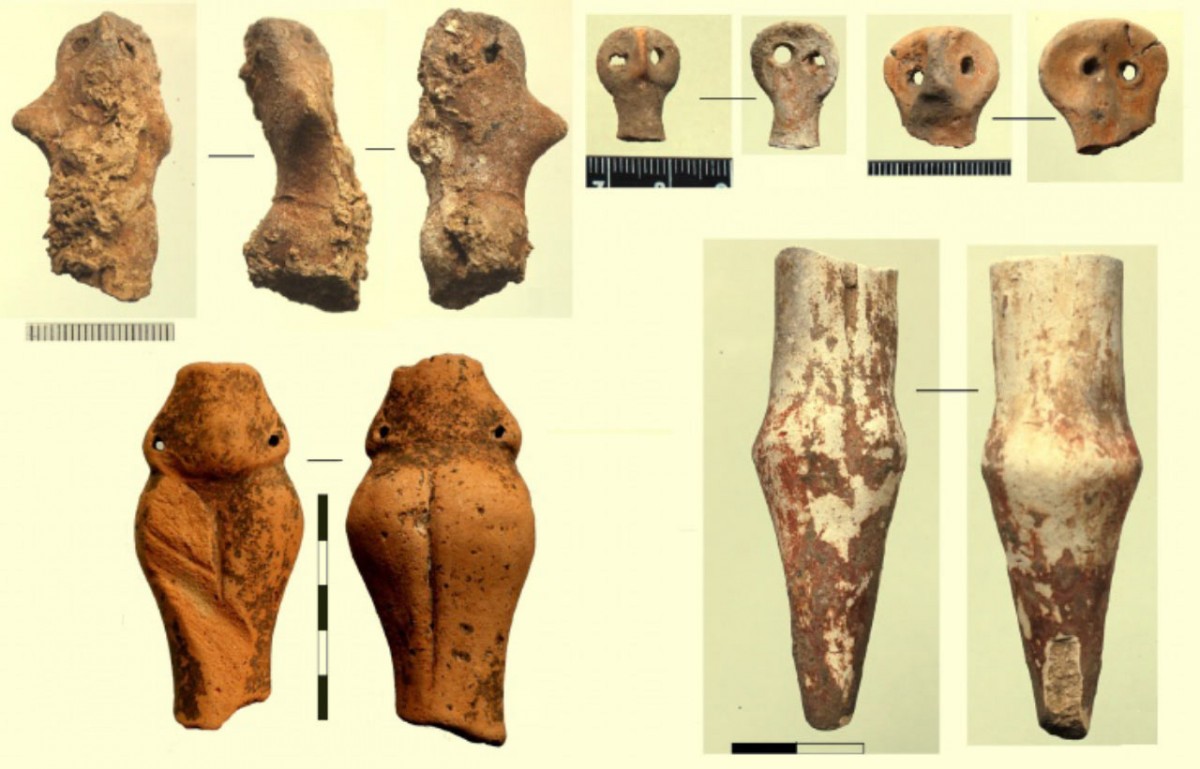 A 6,000-year-old-temple has been discovered within a massive prehistoric settlement in Ukraine. Archaeologists also found remains which suggest ritual animal sacrifices.

The ancient settlement lies near Nebelivka, Kirovograd Domain, Ukraine. It had over 1,200 buildings and nearly 50 streets, and is thus characterized a mega-site by the archaeologists Nataliya Burdo and Mykhailo Videiko, both from the Institute of Archaeology of the Ukrainian Academy of Sciences. The two archaeologists presented their findings at the European Association of Archaeologists’ annual meeting in Istanbul, Turkey (10-14 Sept. 2014).

The Temple of the Trypillia Mega-Site of Nebelivka

As Burdo and Videiko explain in the abstract of their paper: “Investigated in 2012 at the Trypillia mega-site of Nebelivka, Kirovograd Domain, Ukraine, the remains of the construction with an area of c. 1,200 sq.m. (the so-called “mega-structure”) can be interpreted as the remains of a public building – a temple. The recently completed plan of the settlement according to geomagnetic survey shows that, on its territory, it was the only building of this size, which became the center of the complex plan, constructed at the highest point. These excavations gave us the possibility to reconstruct a two-storey building made of wood and clay surrounded by a galleried courtyard, five rooms on the second floor and raised family altars made of clay on the ground floor. Its construction required labour commensurate with the construction of several dozen ordinary houses. Its plan and some features of this structure find analogies in temples from the 5th-4th millennia BC known from excavations in Anatolia and Mesopotamia.”

The remains of sacrificed animals found inside the temple as well as the figurines resembling humans, that have noses which look like beaks and dissimilar eyes, are attributed by archaeologists to the “Trypillian” culture, a Neolithic archaeological culture in Eastern Europe, which extended from the Carpathian Mountains to the Dniester and Dnieper regions, was centered on modern-day Moldova and covered substantial parts of western Ukraine and northeastern Romania. Remains of this culture are dated from 4800-3000 BC.

The remains of eight clay platforms found inside the temple were identified by archaeologists as possible altars. A platform on the second storey had burnt lamb bones, which were associated with ritual animal sacrifices. Other animal bones and pottery fragments were scattered on the ground floor.

Ornamental objects made of gold and bones, tiny gold pendants and clay tokens were also discovered.

The temple was first located in 2009.