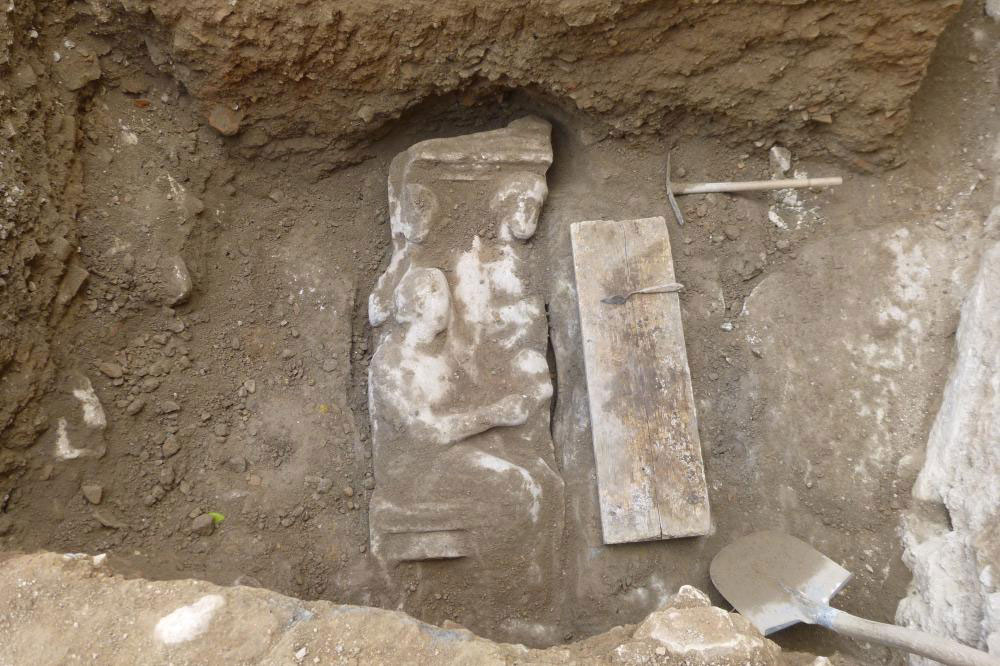 During the ongoing excavations by the German Archaeological Institute of Athens at Kerameikos a fragment of a Classical period funerary stele was found.

Excavations focus on a specific part of the ancient Iera Odos (Sacred Way), which led from Athens to Eleusis. The findspot lies a few meters towards the city, not far from the Sacred Gate, at the edge of the archaeological park. The fragment belongs to a grave stele with a family group. It depicts a seated woman and a little girl in the foreground and another woman along with a bearded man in the background.

Only half of the scene is preserved. It can be assumed that on the right lost half another 2-3 persons were depicted. On the architrave of the pedimental stele there is an inscription which can be barely read. There the name Demostratos is mentioned as the grave owner. The form of the grave stele, the type and style of the depiction lead to the conclusion that the funerary monument was built during the third quarter of the 4th c. BC.

Initially the funerary stele was probably placed in the necropolis along the road in front of the Sacred Gate. At an unknown date it was taken from its initial place and used as building material, at first presumably as a threshold because of its surface quality. During the restoration of the public water supply system of Athens in the 6th c. AD, the fragment was reused for a third time to cover a drainage line underneath the Sacred Way.