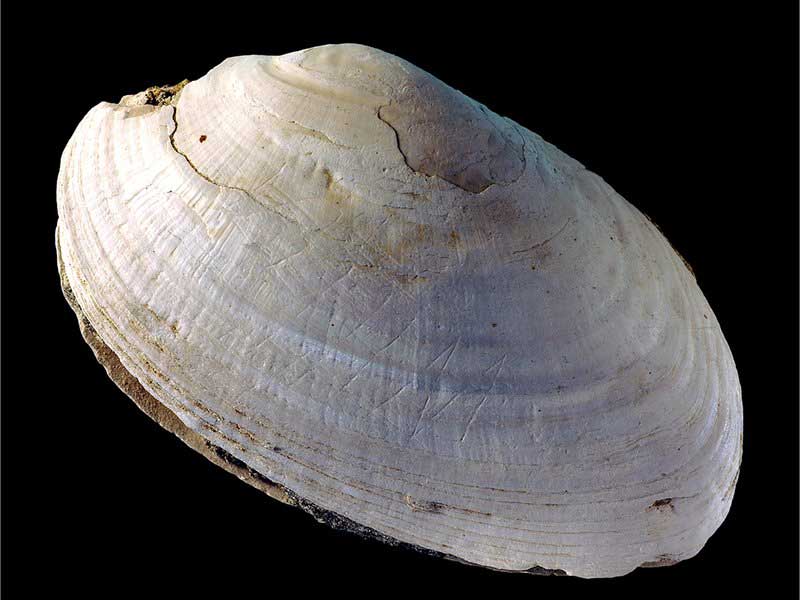 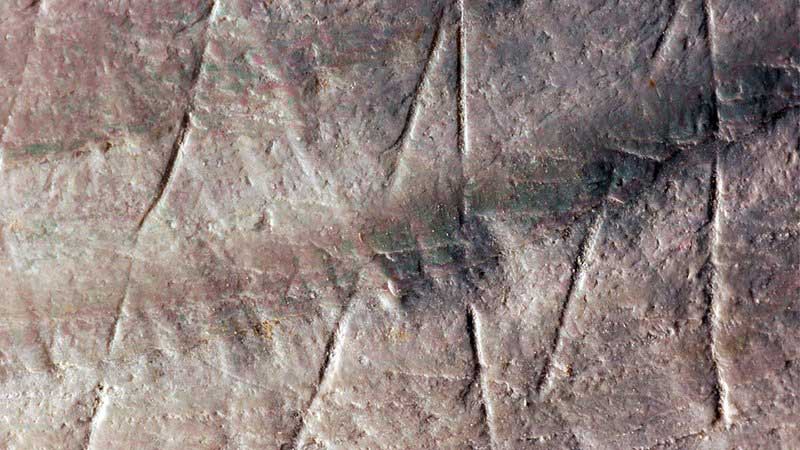 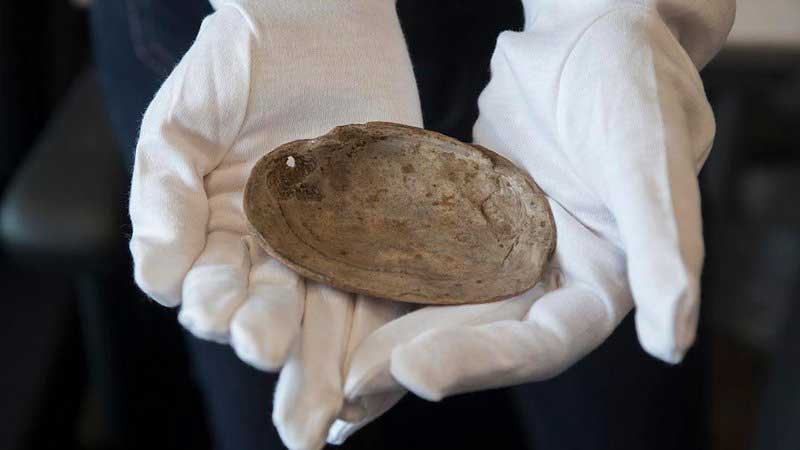 The oldest work of abstract art on a shell

A 500,000-year-old shell has zig zag engravings which seem to have been made on purpose. This makes the artefact the oldest work of symbolic “art” ever found, predating other examples by around 300,000 years.

The shell had been found in Java (Indonesia) in the end of the 19th c., but it wasn’t until recently that the shell was examined and its importance figured out.

The shell collection of Eugène Dubois

A team of 21 researchers studied hundreds of fossil shells and associated finds and sediments from the Homo erectus site Trinil, on the Indonesian island of Java. The shells are part of the Dubois Collection that has been held at the Naturalis Biodiversity Center since the end of the 19thcentury. The shells were excavated by the Dutch physician and researcher Eugène Dubois, the discoverer of Pithecanthropus erectus – now known as Homo erectus.

Not only Homo sapiens made engravings

Scientists believe that the abstract work of art was created by Homo Erectus, who until now wasn’t considered capable for such symbolic thinking. Some scientists even suggest a general re-examination of the current views about the limited mental and artistic abilities of our ancestors.

“Until this discovery, it was assumed that comparable engravings were only made by modern humans (Homo sapiens) in Africa, starting about 100,000 years ago,” says lead author José Joordens, researcher at the Faculty of Human Health and Life Sciences of VU University and Archaeology at Leiden University.

However this is the first time that similar works have been attributed to Homo Erectus – a species that emerged in Africa 1,9-2 billion years ago, spread as far as Asia and disappeared 140,000-150,000 years ago. Most palaeoanthropologists regard Homo Erectus humans as direct descendants of modern humans (Homo sapiens) and their “cousins”, the Neanderthals.

The discovery of an engraved geometrical pattern on one of the shells came as a total surprise. The zig zag pattern, that can only be seen with oblique lighting, is clearly older than the weathering processes on the shell arising from fossilisation. The study has excluded the possibility that the pattern could have been caused by animals or by natural weathering processes and shows that the ‘zigzag’ pattern is the work of Homo erectus.

By applying two dating methods, researchers at the VU University Amsterdam and Wageningen University have determined that the shell with the engraving is minimally 430,000 and maximally 540,000 years old. This means that the engraving is at least four times older than the previously oldest known engravings, found in Africa.

Purpose or meaning of the engraving?

“It’s fantastic that this engraved shell has been discovered in a museum collection where it has been held for more than a hundred years. I can imagine people may be wondering whether this can be seen as a form of early art,” says Wil Roebroeks, Professor of Palaeolithic Archaeology at Leiden University. He was able to finance this long-term research with his NWO Spinoza Prize. “At the moment we have no clue about the meaning or purpose of this engraving.”

This research has shown that these early human-like people were very clever about how they opened these large freshwater mussels; they drilled a hole through the shell using a sharp object, possibly a  shark’s tooth, exactly at the point where the muscle is attached that keeps the shell closed. “The precision with which these early humans worked indicates great dexterity and detailed knowledge of mollusc anatomy,” says Frank Wesselingh, a researcher and expert on fossil shells at Naturalis. The molluscs were eaten and the empty shells were used to manufacture tools, such as knives.

This discovery from the historical Dubois collection sheds unexpected new light on the skills and behaviour of Homo erectus, and indicates that Asia is a promising and, so far, relatively unexplored area for finding intriguing artefacts.

From the Netherlands, researchers at VU University Amsterdam, Leiden University, the Naturalis Biodiversity Center, the universities of Wageningen and Delft and the Cultural Heritage Agency of the Netherlands were involved in the research.