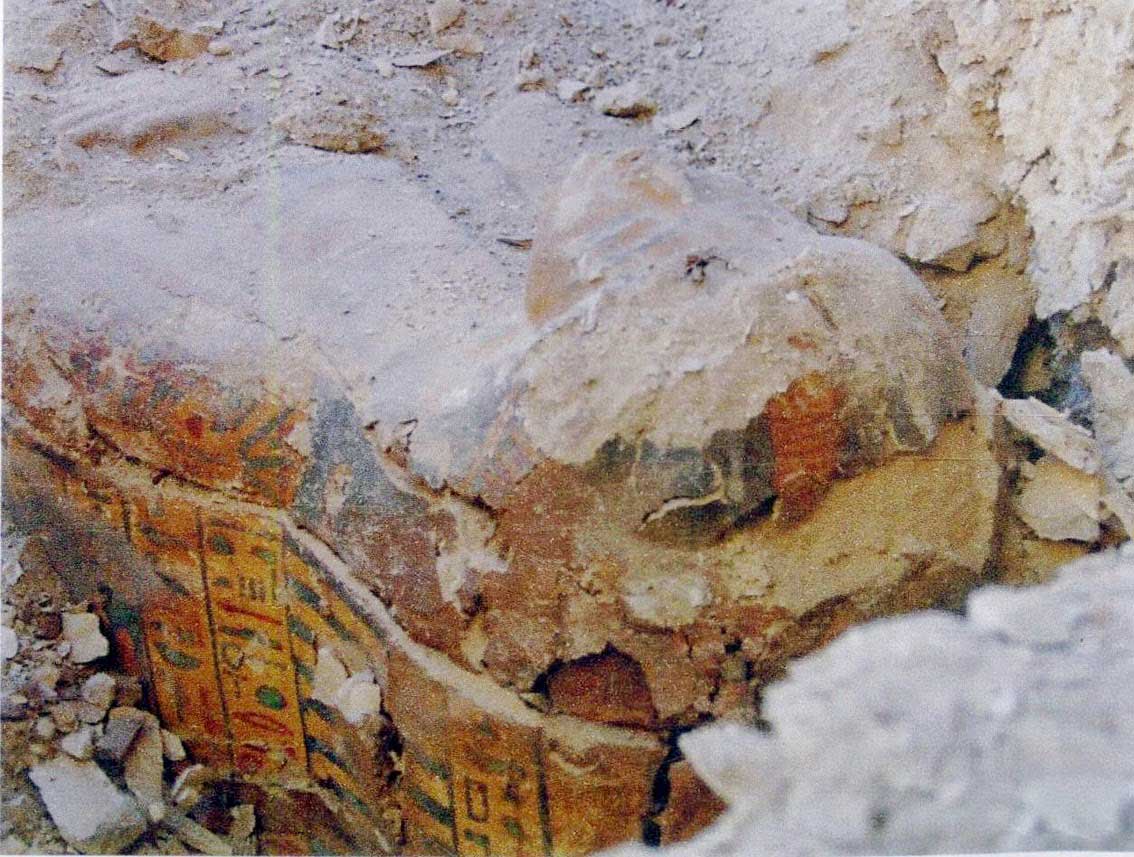 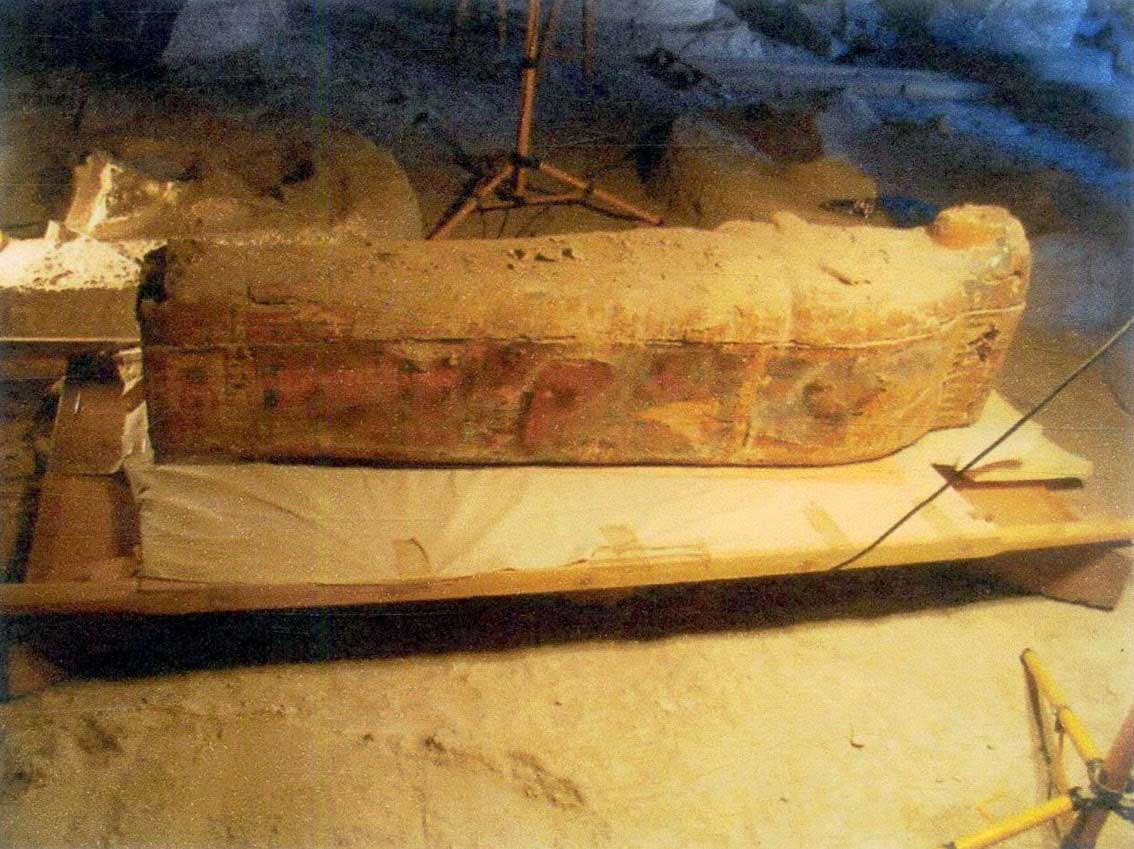 During restoration work at Amenhotep Huy tomb, at Qurnet Marei at Assassif area on Luxor’s west bank, a Spanish Egyptian archaeological mission stumbled upon what is believed to be the sarcophagus of Amon singer.

The sarcophagus was found intact and dates to the Third Intermediate Period (1100-900 BC). It is a unique example of coffin typology in Ancient Egypt during the 21st Dynasty.

Dr. Mamdouh El Damaty, Minister of Antiquities, said the artefact is being cleaned and conservated. After that the name of the mummified Singer is to be identified.

The wooden coffin is covered with plaster and measures 181x48x50cm. The scenes at its sides depict Thoth, Anubis, Osiris, Nut, Isis and the four sons of Horus. There is also a hieroglyphic inscription which is being studied.

The mummy inside the sarcophagus is wrapped and the arms crossed underneath. The face details are carefully painted, as Dr. Abd El Hakim Karar said.