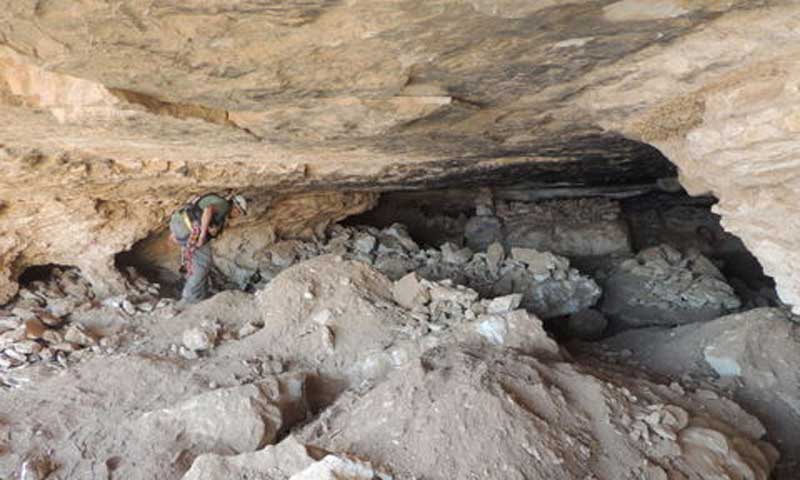 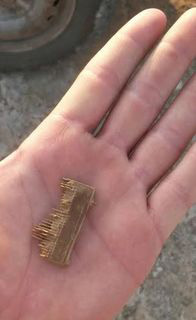 They were searching for Dead Sea scrolls

On Sunday an indictment was handed up against antiquities robbers who tried to loot Dead Sea scrolls from the Judean Desert. This comes in the wake of a dramatic capture carried out the weekend before by inspectors of the Unit for the Prevention of Antiquities Robbery of the Israel Antiquities Authority, with the assistance of the Arad Rescue Unit. The arrestment of the robbers was part of a complex operation to locate the Dead Sea scroll robbers, which lasted more than a year.

Early in the morning hours members of the Arad Rescue Unit undergoing routine training identified suspicious movement in a cave in the northern cliff of Nahal Ze’elim, in the region of the Leopard’s Ascent.

Inspectors of the Unit for the Prevention of Antiquities Robbery of the Israel Antiquities Authority were called to the scene. The cave was put under surveillance utilizing observation and photographic equipment. The suspects were caught carrying out an illicit excavation using a metal detector and excavating equipment.

The suspects dug in an ancient cave known as “The Cave of the Skulls”. They caused extensive damage to the archaeological strata and historical evidence which covers the Roman period c. 2,000 years ago and the Chalcolithic period c. 5,000 years ago.

The cave is located in the side of a cliff, 150 meters above the bottom of Nahal Ze’elim and some 70 meters below the top of the cliff. It can only be reached on foot via a narrow goat path on top of rock fall, that passes upright bedrock walls and is extremely dangerous.

The robbers – all young men from the village of Seir near Hebron – reached the cave using special climbing equipment. Among the illegally excavated finds was a 2,000 year old comb.

According to Amir Ganor, director of the Unit for the Prevention of Antiquities Robbery in the Israel Antiquities Authority, “For many years now gangs of antiquities robbers have been operating along the Judean Desert cliffs. The robbers attempt to locate and find Dead Sea scrolls, pieces of ancient texts and unique artifacts that were left in the caves, particularly during the Great Revolt against the Romans in 66-70 CE and the Bar Kokhba Revolt in 132-135 CE, when Jewish fighters fearing the Roman army sought refuge in the desert. These finds are sold for large sums of money in the antiquities markets in Israel and around the world. What makes the Judean Desert so unique is its dry climate that enables the preservation of rare leather, bone, and wooden objects, including the Judean Desert scrolls, pieces of parchment and papyrus, on which various texts were written, among them the Holy Scriptures, books of the Bible, legal contracts and historical stories. Over the years many of the plundered finds reached the antiquities markets in Israel and abroad, but it has been decades since perpetrators were caught red-handed. This is mainly due to the difficultly in detecting and catching them on the wild desert cliffs”.

Following the recovery of some unique artifacts that had been plundered by antiquities robbers in this region, the then director of the Israel Antiquities Authority, the late Shuka Dorfman, decided the Judean Desert would receive special treatment, enforcement would be increased and an attempt would be made to identify the caves in which the rare finds were being looted. The task was assigned to the Unit for the Prevention of Antiquities Robbery which began operating in the Judean Desert both openly and covertly.

One of the main groups of robbers that operated in the Judean Desert in recent years has now been apprehended. The group was found in possession of unique archaeological relics that had been plundered from the cave. The Unit for the Prevention of Antiquities Robbery reported that in the coming weeks additional suspects will be investigated who are connected to the theft and destruction of the antiquities sites in the region.

The Israel Antiquities Authority invests a vast amount of resources and effort in order to safeguard and protect the heritage values of the State.