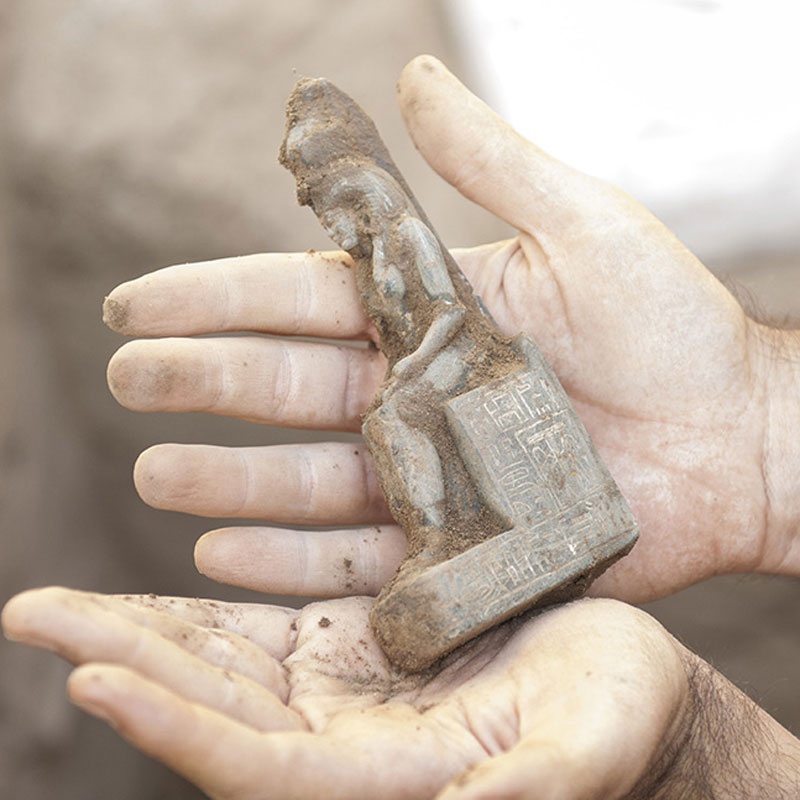 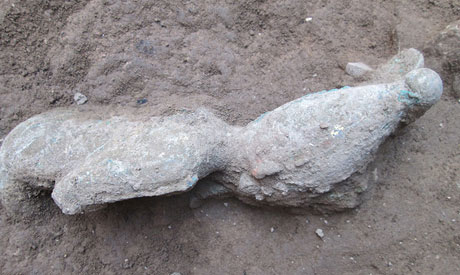 After the discoveries at the Ramesseum temple on Luxor’s west bank last week, new finds were announced at Karnak temple, where French archaeologists unearthed a collection of Late Period artifacts, including three small bronze statuettes and a pot containing the remains of blue glue. The artifacts are offerings to gods, according to the ministry’s director-general of Upper Egyptian antiquities, Abdel Hakim Karar.

God Osiris is represented seated, wearing a wig and the double crown in two of the statuettes which are carved in bronze. The third statuette depicts a god which has not been identified yet.

After the cleaning of the statuettes, archaeologists believe that the artifacts will reveal more information.