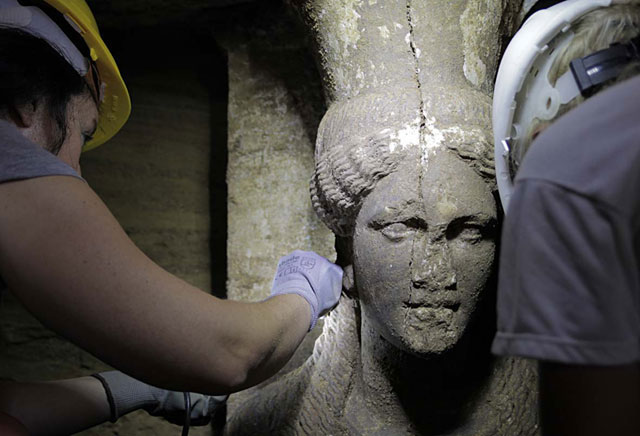 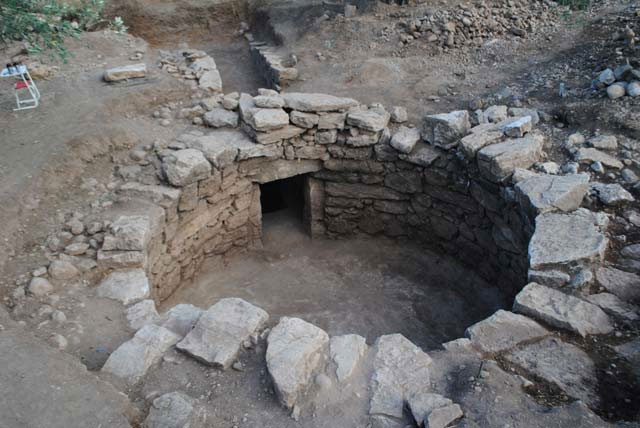 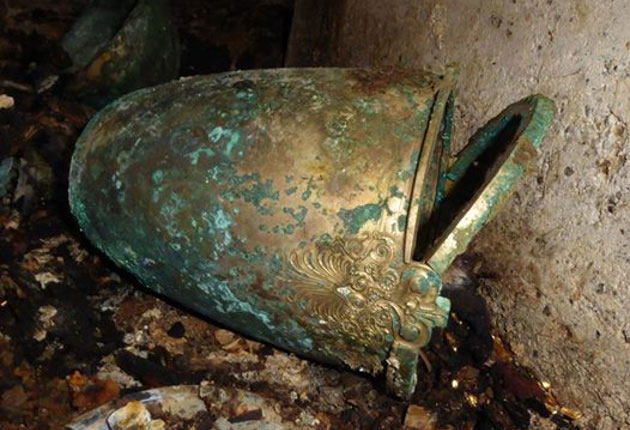 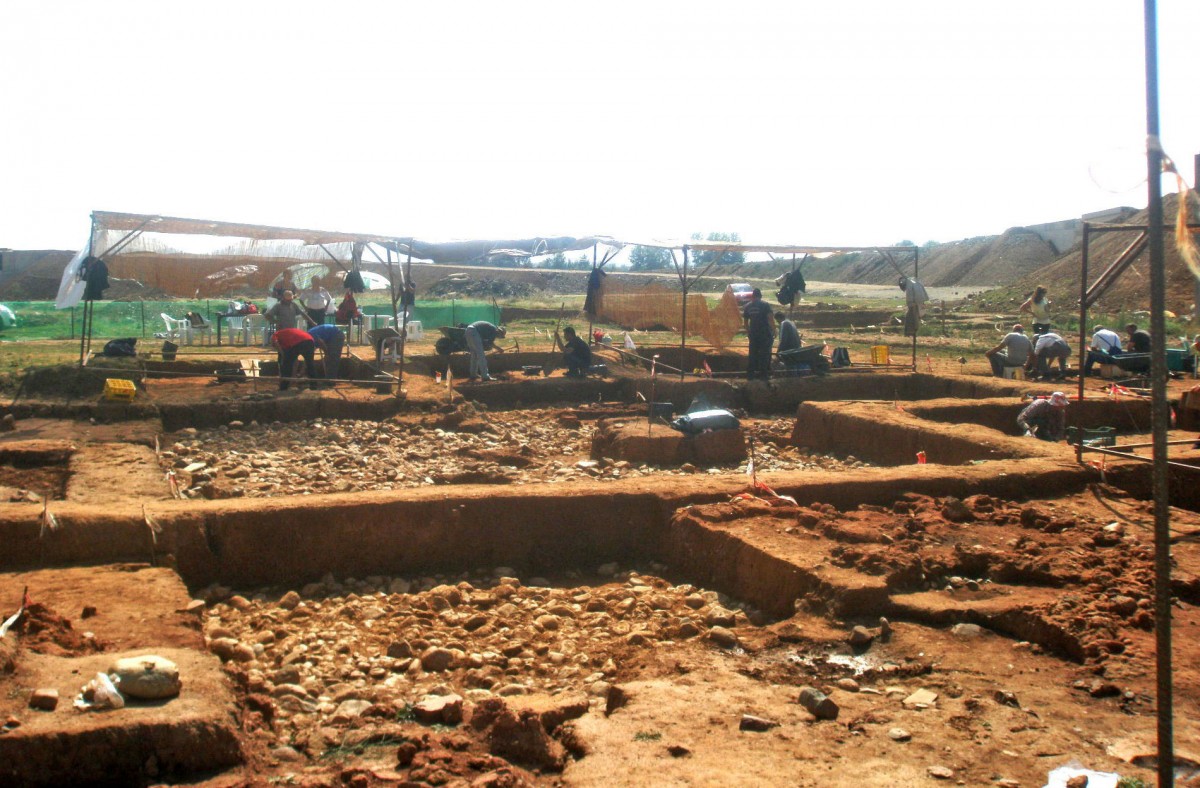 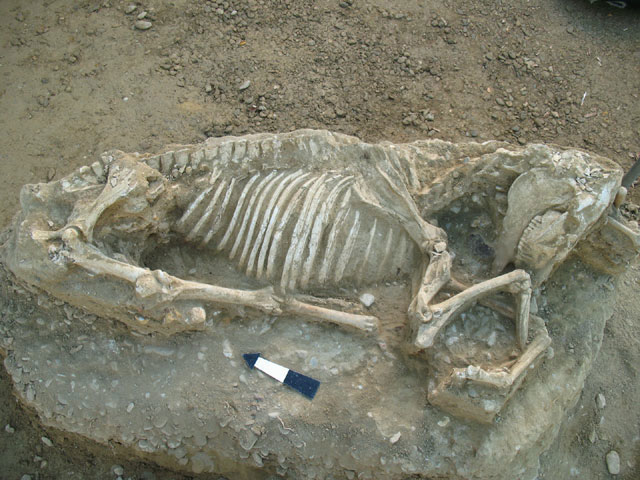 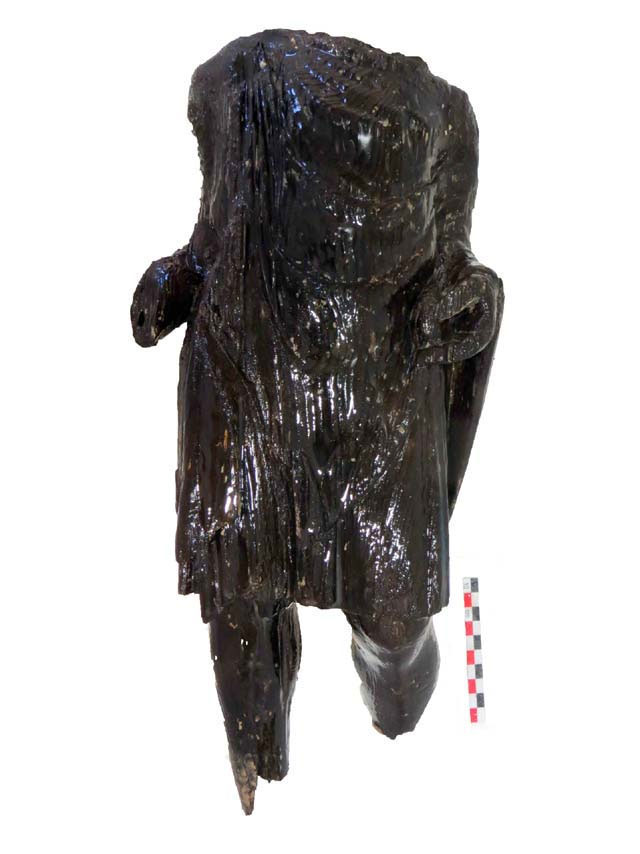 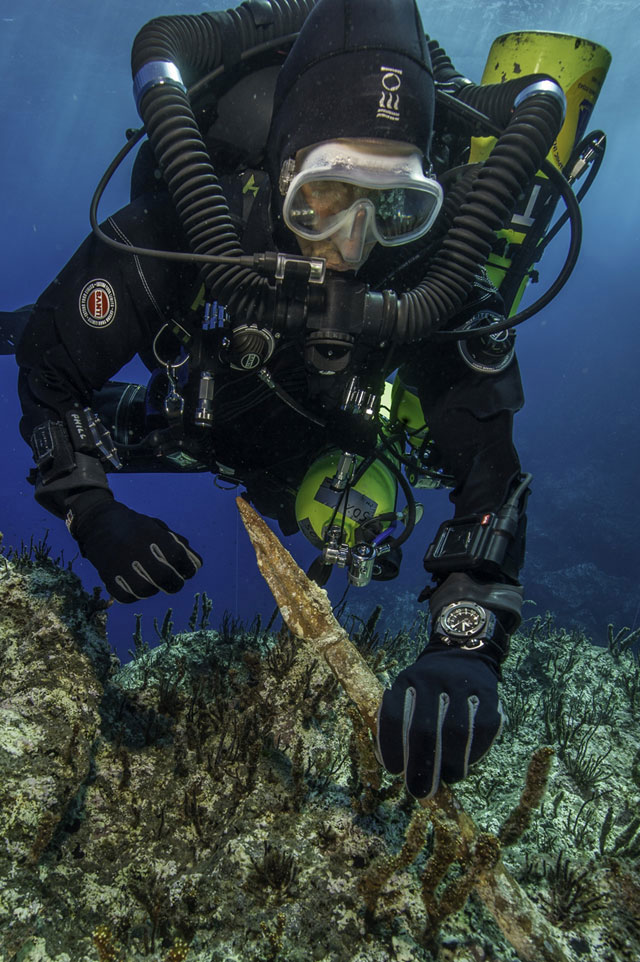 Seven Greek discoveries that changed the world of archaeology in 2014

Our website has selected to present to its readers seven Greek discoveries which changed the world of archaeology in 2014. These findings received the most widespread publicity. However there are hundreds of sites where surveys are being conducted and their results are equally significant yet remain unpublished. Even if it is impossible to refer to all of them, we would like to congratulate all tireless archaeologists that work with insufficient means, at times facing insurmountable bureaucratic obstacles and looking forward to uncertain results. Their aim is to enhance the inestimable cultural wealth of Greece.

The Amphipolis tomb. The up to now most important phase of the long surveys on the Kasta hill in Amphipolis has begun in August 2014, when it was announced that the excavations were gradually bringing to light the elaborately decorated entrance of a burial monument. In the following months, the world witnessed the biggest and most valuable in building materials and artistic significance ancient tomb of Greece, while the pace at which the information was released, the uncontrollable public comments by specialists or amateurs, and its exploitation for political aims were unprecedented in the world’s public archaeology. After Amphipolis the management of archaeological information will never be the same again.

Amfissa’s tholos tomb. A unique find, the first of its kind revealed in Phokis and one of the few in Central Greece is the unlooted Mycenaean period burial monument that was revealed last July near Amfissa, during rescue excavations by the local Ephorate of Antiquities (head of excavations: Athanasia Psalti). The movable finds, among which are golden jewelry, beads made of semi-precious stones, bronze vases and daggers, and 44 pieces of painted ceramic, reveal the diachronic use of the tomb from the 14th c. to the 12th c. BC. The investigation of the findings is expected to give information about the habitation in settlements of the Amfissa area during the Mycenaean period.

Burial monument at Aigai. The vastly rich site of the royal Macedonian necropolis of Aigai (also known as Vergina) does not seize to reveal new findings. The last significant of them was an undisturbed cist grave with rich – not yet published – grave goods. “A pleasant surprise,” according to the excavator Dr Aggeliki Kottaridi, “since the Aigai necropolis was brutally looted by Gallic mercenaries of Pyrrhus in 276 BC.”

Atlantis of Delos. The remains in the sea area of the Stadion District were identified as settlement remains, e.g. the eastern borders of the Stadion District. In the past these remains had been identified as port facilities. The discovery resulted from a survey in the waters northeast of Delos conducted by the Hellenic Ministry of Culture, in cooperation with the National Hellenic Research Foundation. The settlement remains located are related to commercial and manufacturing activities.

Trita Koromilias. A particularly interesting site for the Neolithic Archaeology of Northern Greece and the Central Balkans is being excavated since May 2014 (located in July 2013) in the area of Trita Koromilias, near Kastoria. Under extremely difficult conditions, which also reveal some facts about the living conditions of the ancient habitants in the area, a group of many researchers headed by Dr Georgia Stratouli is excavating a riverside area of 7.5 acres, that is regarded as a settlement for specific activities with successive use-phases.

Horse of Chios. The first until now known horse burial in NE Aegean was revealed in the Archaic cemetery at the site of Psomi on the island of Chios. The horse was found in resting position and was transferred to the conservation workshop of the Archaeological Museum of Chios. The cemetery is the earliest organized necropolis revealed until today in the modern city of Chios, that is why it is a milestone discovery for the archaeology of the area.

Metro wooden sculpture. An important finding as it was found in a particularly good preservation condition despite the “difficult” Greek soil. The wooden statue was located in a metro station of Piraeus which is under construction. The headless figure of the standing man wearing a short chiton was found in a layer of grey silt with breccias, an environment that helped its preservation.

Last but not least, we should refer to the great attention the archaeological phenomenon of Antikythera has drawn in 2014. While the groundbreaking exhibition where material from the Antikythera Wreck underwater survey (the world’s earliest underwater research) ended this year, another chapter of the Antikythera story opened as archaeologists attempted to dive on the wrecks’ spot once more. Having used a state of the art diving device called “Exosuit” the new team managed to reveal further finds suggesting that the underwater site still holds many secrets awaiting to be discovered.