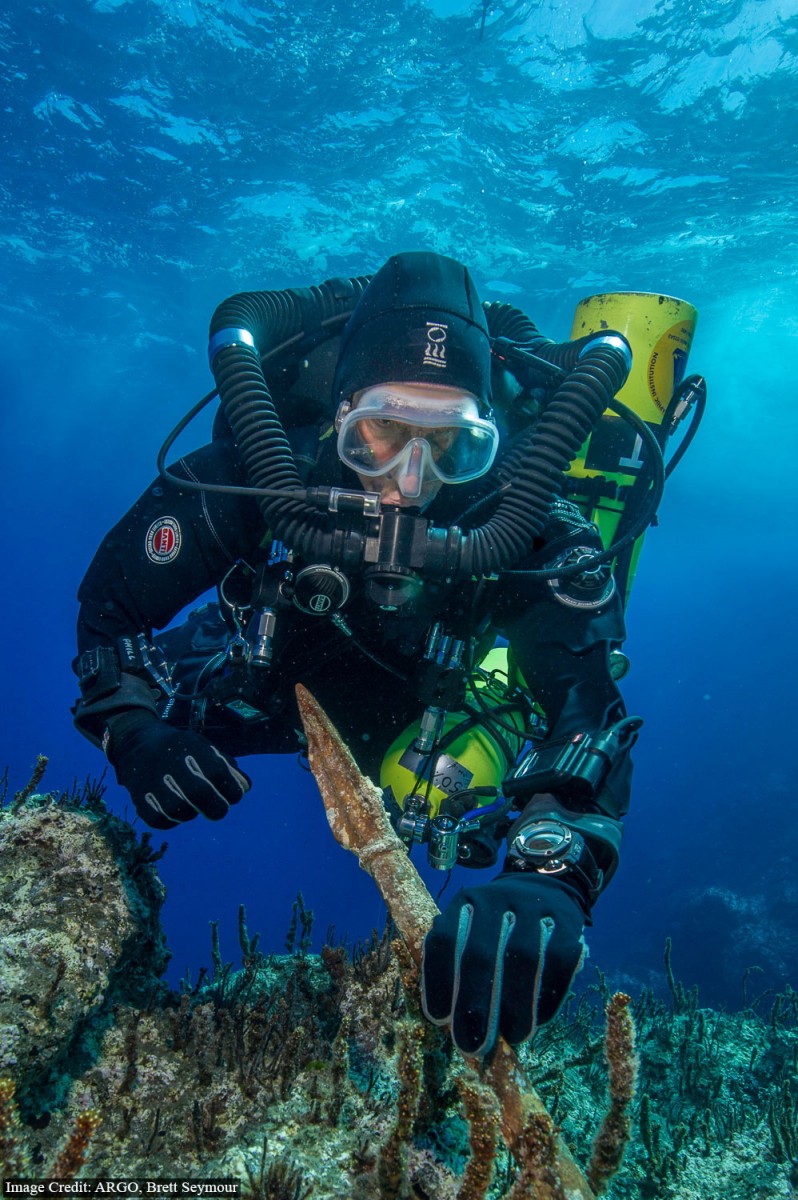 The international archaeological expedition surveying the famous Antikythera shipwreck will once again return to the spot, as the Central Archaeological Council of Greece gave the team the green light to continue its investigation for the next five years.

The investigations will focus on areas where a large number of pottery or metal objects have been discovered and in places where archaeologists have discovered evidence of one or two more shipwrecks.

The last expedition was launched in 2012 and was a collaboration between the Hellenic Ephorate of Underwater Antiquities and the American Woods Hole Oceanographic Institution (WHOI).

Among the most recent finds discovered at the site are multiple lead anchors over a meter long, a bronze rigging ring with fragments of wood still attached, and hull planks scattered over an area of some 300 meters of the seafloor. Also a beautiful intact table jug, part of an ornate bed leg, and a 2-meter-long bronze spear buried just beneath the surface of the sand. Too large and heavy to have been used as a weapon, it must have belonged to a giant statue, perhaps a warrior or the goddess Athena, researchers assumed.

Moreover, a 2012 survey of the seafloor surrounding the site found evidence of a second wreck about 800 feet to the south and revealed an anchor and containers similar to those found on the original ship.

Last but not least, the 2014 project featured most advanced technologies, such as the Exosuit, a high-tech diving outfit allowing humans to stay submerged down to 1,000 feet for hours at a time. Also during the 2014 season, an Iver AUV was used. The AUV’s stereocameras collected overlapping images of the shipwreck site. These data was then processed using an algorithm known as Simultaneous Localization and Mapping (SLAM), thus a three-dimensional pixel-resolution map of the wreck was produced.