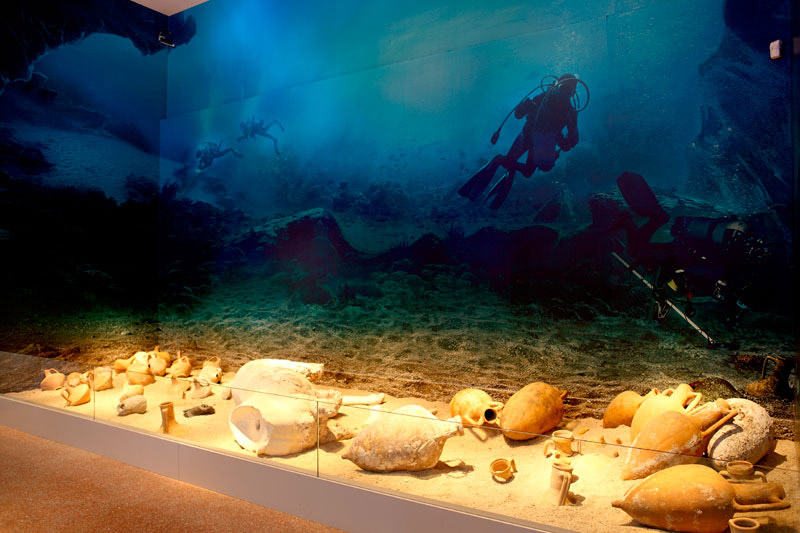 The Shipwreck of Antikythera soon in Basel

From March 2014, the Museum of Basel, Switzerland is to host the successful exhibition on “The Shipwreck of Antikythera: the Ship, the Treasures, the Mechanism”, which will be in the National Archaeological Museum in Athens till August 31, 2013.

This is what the Deputy Minister for Culture Kostas Tzavaras has announced during a press conference. “It is a good moment to be extrovert in action and spirit and to sent our cultural treasures abroad, since this is our mission: to make public what we have inherited…”, said Mr Tzavaras.

The work of a numerous interdisciplinary team, the exhibition presents the finds from the Antikythera Shipwreck, which was located in 1900 by sponge harvesters from the island of Syme. As a research project, the Shipwreck was pioneering for the development of Maritime Archaeology and Underwater Archaeology in Greece and offered new, invaluable insights to the ancient Greek technology. Its novel-style raising from the sea is impressive till today, as is the complex structure and function of the Antikythera Mechanism, humanity’s  first analog calendar computer, which was part of the ship’s cargo.

Archaeological finds (bronze and marble statues and figurines, clay, bronze and glass vessels, gold jewellery, furniture, coins and parts of the ship itself) consist great evidence for art, trade and the circulation of artefacts during the 1st century BC. The shipwreck also gives info on how the Greek way of life influenced the Roman upper classes and the well-off merchants during the 1st century BC. The exhibition itself created questions triggering a lively international scientific dialogue.