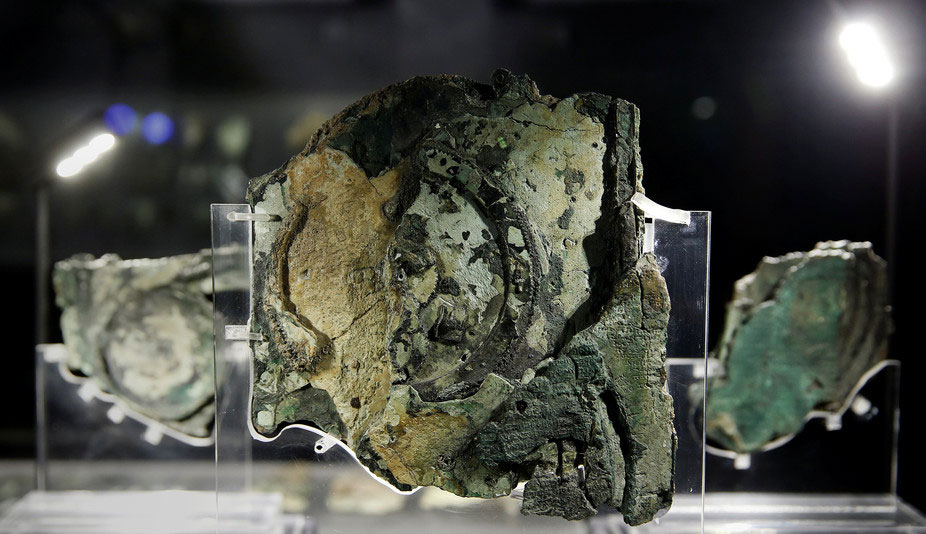 The Antikythera mechanism offers information on ancient views about the Universe

Progress has been made in uncovering parts and deciphering inscriptions

The Antikythera mechanism, the world’s oldest known ‘computer’, which was used in reference to the positions of the sun, the moon, stars and planets, offers us an insight into the view of the universe by ancient Greeks. It could have been used as an astronomical calendar, calculating the cycles of the solar system.

The artefact, made of bronze, was found in the remains of an ancient shipwreck, probably of around 60BC, near the island of Antikythera, hence its name, in the beginning of the 20th century. Its significance, however, wasn’t made clear until much later, in the 1970s. That’s when radiography revealed the content of the corroded artefact, namely a compex mechanism of  gear wheels, 30 of which have survived.

An international team of scientists have studied the artefact, since 2004, and with the use of modern imaging methods they have been able to uncover much of its structure and function, as well as some of the inscriptions which were illegible due to the damage and corrosion.

The mechanism itself was encased in a box, probably made of wood, with dials on its front and back faces. A handle on the side of the box was used to turn the gears within. On the front face of the box the user could see the position of the sun and the moon in the sky and the phases of the moon, and on the back face a 19-year cycle of lunar months, the 18.2 year Saros cycle of lunar and solar eclipses and a cycle of athletic competitions including the Olympic games.

The study of the mechanism has confirmed that people in antiquity were familiar with the positions and movement of the five planets –Mercury, Venus, Mars, Jupiter and Saturn– in the sky. The inscriptions have also been rendered partly legible, thanks to new technologies and the efforts of the international team, indicating that the mechanism could have originated on the island of Rodes. It was probably to be delivered to a customer.

The exact purpose of the mechanism, however, remains a mystery. Whether it was a practical tool, a teaching device, or something with religious applications is not clear. Of course, the mechanism is an astronomical device, but it can offer information on more than the knowledge of ancient Greeks on the solar system, since it could be used for astrological use or provide an insight in their view of the Universe.

It would definitely help decipher the exact purpose of the Antikythera mechanism if more artefacts or texts on similar devices from the classical era appeared. However, this is not easy due to the recycling of metal in ancient and medieval times, which means that most mechanisms were destroyed. Therefore shipwrecks are the only hope for the discovery of such items.

This year the Antikythera wreck has been under scrutiny by divers, once more, so perhaps more parts of the mechanism will appear.