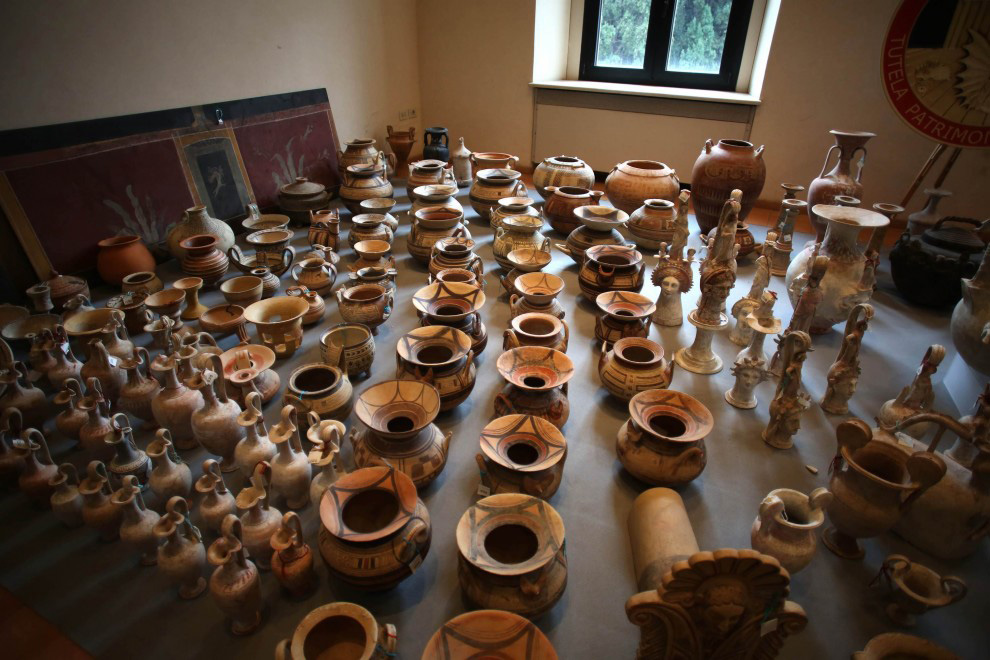 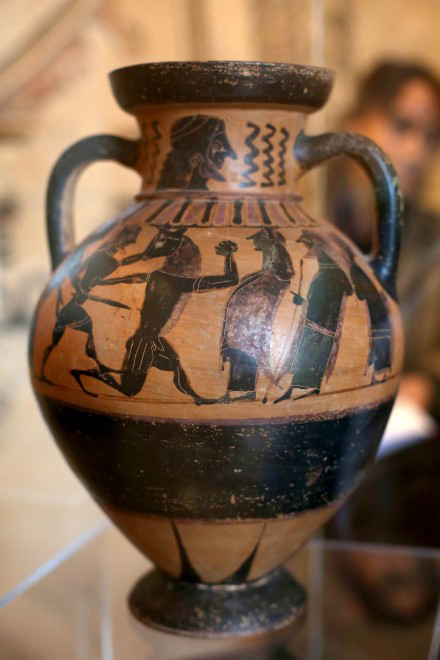 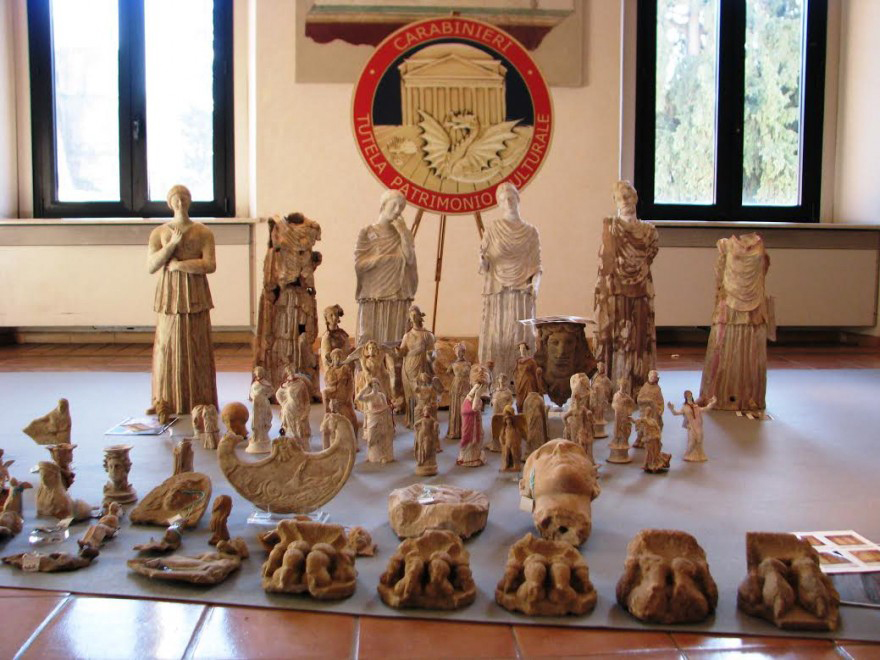 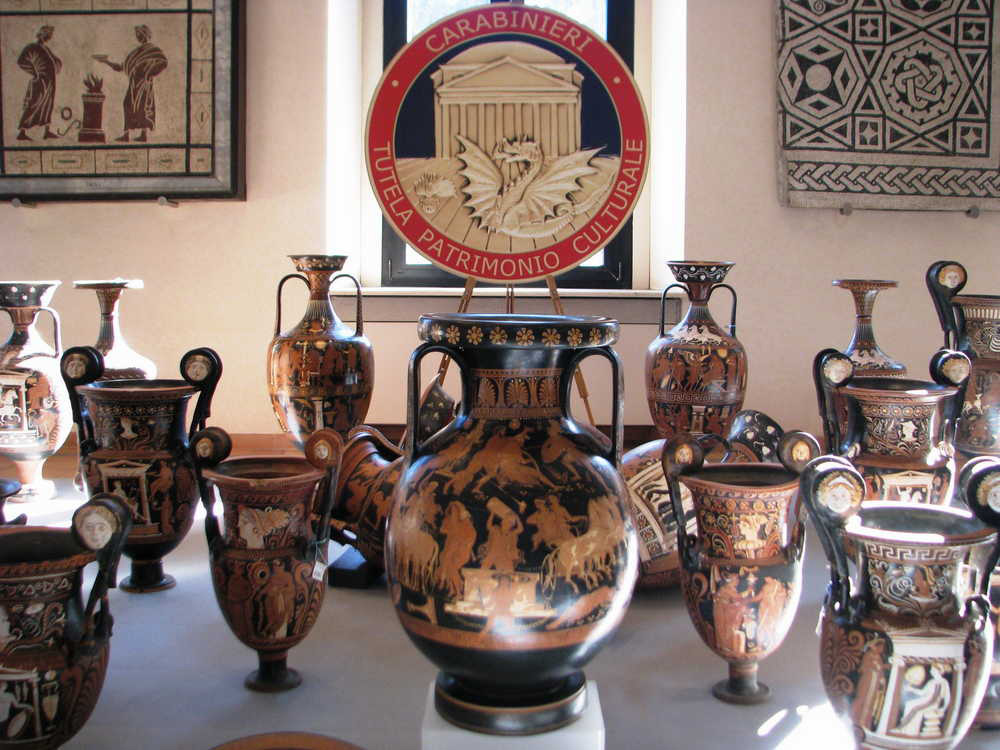 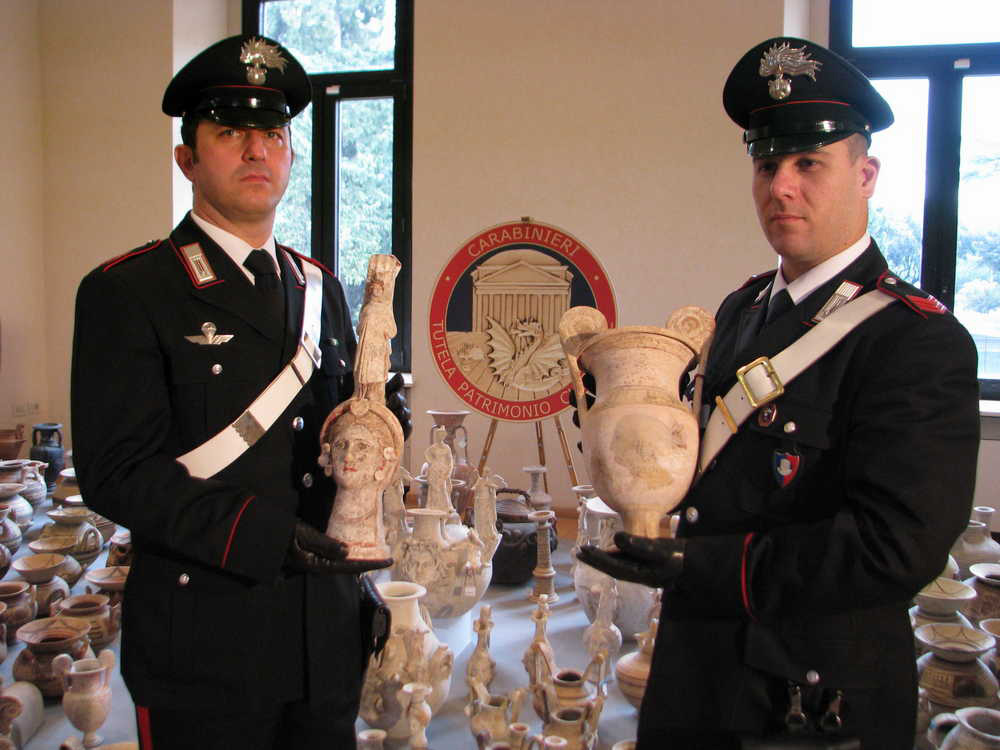 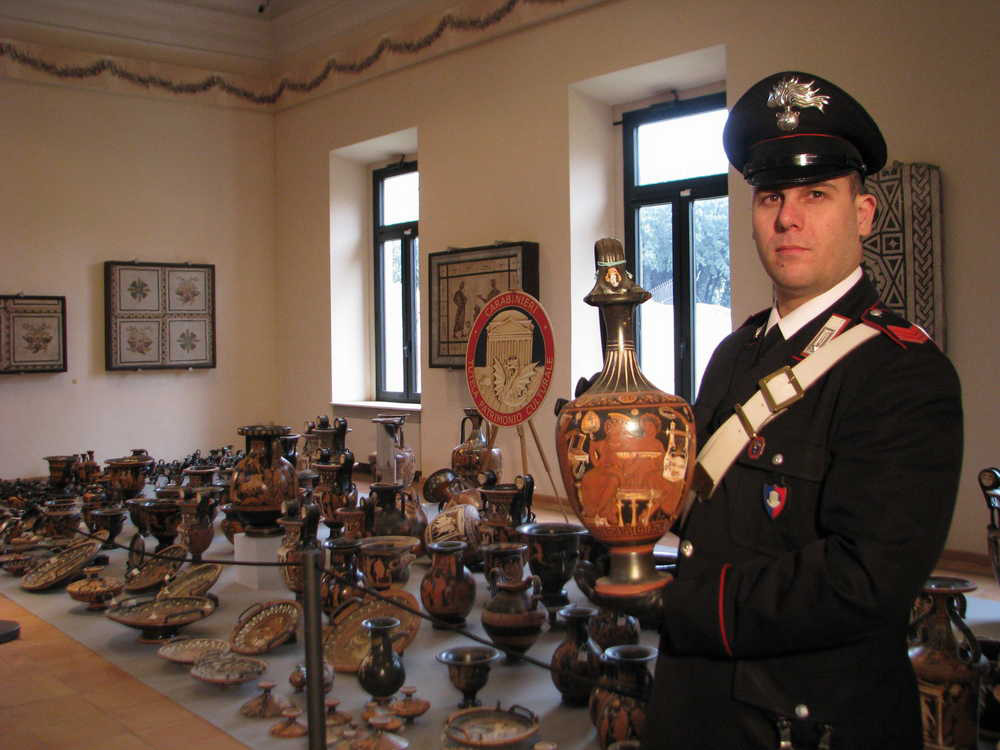 Value of the rare hoard is estimated at 50 million euros

The value of the looted artefacts is estimated at about 50 million euros.

Carabineri Gen. Mariano Mossa says it was “by a long shot the biggest recovery in history in terms of the quantity and quality of archaeological treasures.”

The rare antiquities date from the 8th c. BC to the 3rd c. AD. They were displayed at the Terme di Diocleziano museum (Baths of Diocletian – National Roman Museum) during a press conference held on Wednesday, January 21, 2015, in Rome. They may go on public display before being returned to southern Italy.

Gianfranco Becchina and his wife, Ursula Juraschek, also known as Rosie, were accused by prosecutors of being part of an antiquities trafficking network that involved “tombaroli,” tomb raiders in southern Italy, dealers and buyers around the globe.

Becchina’s “career” in art dealing began in the 1970s. It is believed that he has sold material to major museums including the Ashmolean, the Louvre, the Boston Museum of Fine Arts, the Metropolitan Museum, the Princeton University Art Museum, the Toledo Museum of Art and the J. Paul Getty Museum.

In 2002 raids in Becchina’s premises in Basel resulted in the recovery of 6,315 artefacts in various stages of restoration, 8,000 photographs of artefacts, and 13,000 documents. In February 2011, Becchina was convicted in Rome of illegally dealing in antiquities. He appealed against the conviction.

So Becchina remained free because the charges against him had expired, as police said.

Forging provenance papers for the antiquities sold and creating fictitious histories for them so that museums or private collectors could buy them were among the common strategies the dealers used.

Apart from the artefacts Italian authorities seized detailed documentation of Becchina’s inventory, including photos and receipts, which would help further research.

David Gill, professor of archaeological heritage at University Campus Suffolk and author of the “Looting Matters” blog, said the documentation will likely point to objects that were now in top museums and would certainly be on the Italians’ list for repatriation.

Italy’s efforts to reclaim treasures looted from its soil and sold to museums and private collectors around the globe have been going on for over a decade.