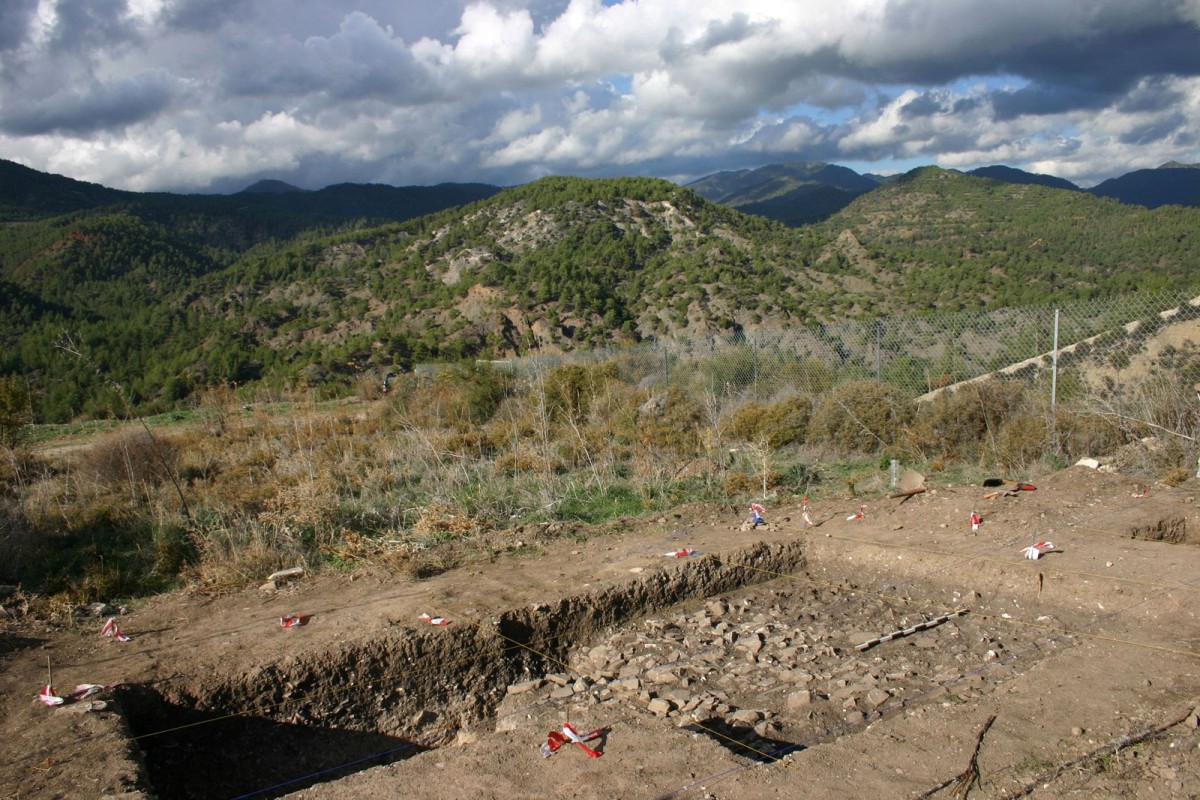 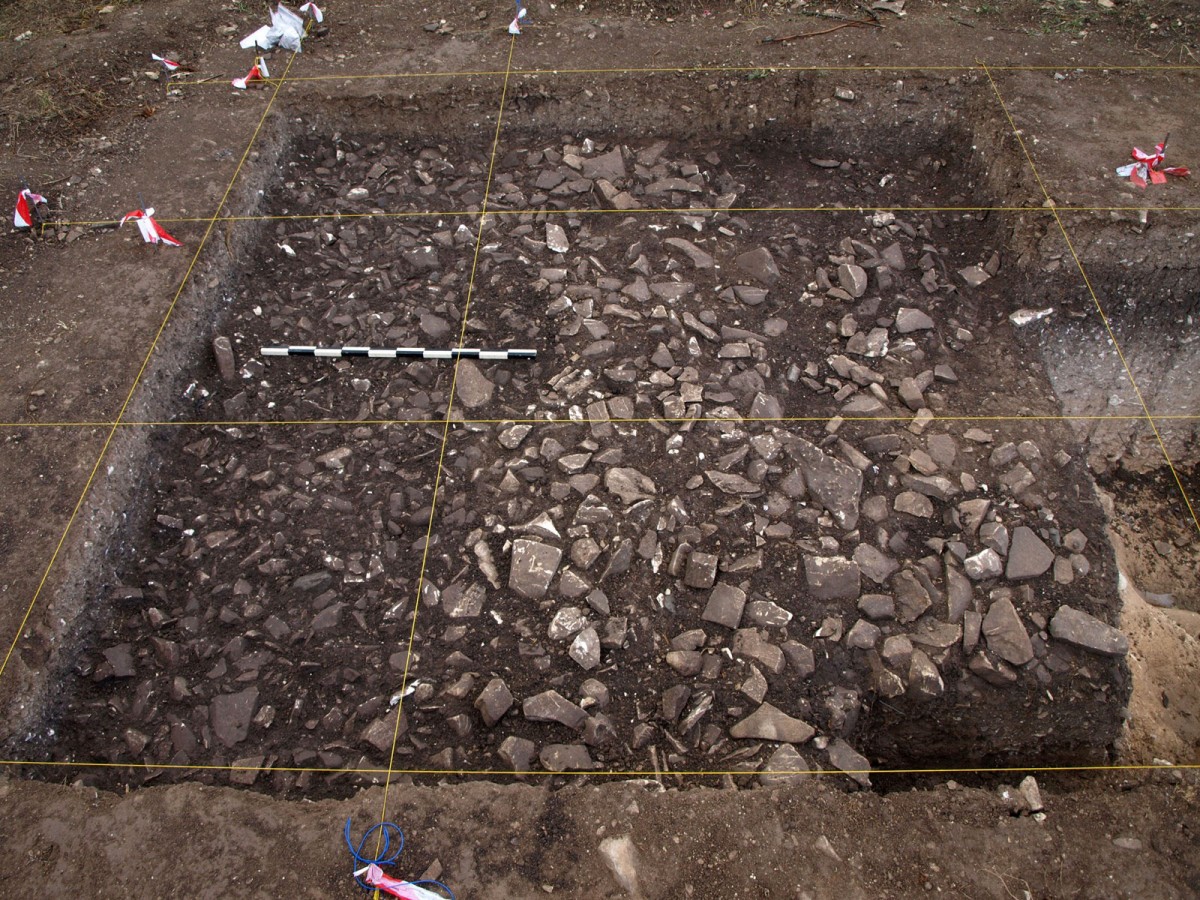 Τhe 2014 archaeological investigations, conducted by the Department of History and Archaeology of the Aristotle University of Thessaloniki (AUT), at the early Epipalaeolithic site of Vretsia/Ayios Ioannis – Roudias in the Troodos mountains (Pafos District), were successfully completed in November. The project, was carried out under the direction of Professor Nikolaos Efstratiou by a small team of archaeology students and the mission’s associate Mr. Demetris Kyriakou. The importance of this site with regards to the island’s early prehistory has already been established in international bibliography, thus creating an interesting dynamic, which the field investigations strive to maintain, regardless of the financial limitations that are unfortunately a reality each year.

The aims of the 2014 season were twofold: firstly, to investigate the extent of this Epipalaeolithic site, mainly through revealing the modes of construction of the features as well as the function of the large ‘stone feature’ that is, over the last few years, being gradually revealed and which covers a substantial area. Secondly, to confirm the site’s stratigraphy that measures over 120cm in height and especially to closely examine the deeper layers that had been revealed in 2013 and had dated with OSL (Optically Stimulated Luminescence) to the 11th noted here that the identification of an early lithics technology in undisturbed layers of the early Holocene has occurred perhaps for the first time in Cyprus, and records a multifaceted dynamic both from a chronological and a cultural point of view.

This dynamism needed to be investigated and its basic characteristics verified. The excavation results greatly contributed towards this direction. In total, six trenches were opened to the north and the east of the ‘stone feature’. It was confirmed that the feature continues with the same characteristics covering an even larger area. More specifically: a) many stones were found placed next to each other giving the impression of a paved surface, and b) large slabs were found positioned horizontally and vertically, forming a kind of man-made feature at a higher level than that of the ‘stone feature’. Another interesting development was the identification of a second layer packed with stones that appeared beneath the ‘stone feature’ in one of the trenches. All the above indicate that there are various phases (at least three) of construction and use of these stone surfaces and features. Their limits however are still under investigation. On the surface of this ‘stone feature’ but also packed within it, numerous stone tools were excavated: rounded stones and stones cracked as a result of high temperatures, flint cores as well as fragmentary animal bones.

At a distance of 3 metres to the east of the ‘stone feature’ another trial trench was opened for the examination of the full extent of the site’s stratigraphy. The sequence of the four layers that had been identified in previously opened trenches was confirmed here and especially the presence of the deeper layers along with their associated lithics. The project’s associate, Dr. Carole McCartney, conducted a preliminary analysis of the chipped stone material and proposes that the material corresponds to the lithic technology of the Pre-Pottery Neolithic A (PPNA) that has been identified in the deeper layers of other excavated trenches of this site.

In conclusion, the 2014 excavation season has brought to light new data regarding the architectural remains of the Epipalaeolithic mountainous site of Vretsia/Ayios Ioannis – Roudias in the Troodos Mountains as well as its lithic technology. Even though the exact function of the revealed ‘stone feature’ remains uncertain, it has now been confirmed that, this feature covers a much larger area, the limits of which are still under investigation. In addition, it has been confirmed that the feature comprises of at least three construction phases of a different chronology while at the same time it seems to resemble the stone features at the site of Ayia Varvara-Asprokremnos. It is anticipated that, with the removal of the stones, other underlying structures will be revealed. Another important development is that during this year’s excavations a large quantity of animal bone was collected (including wild boar teeth) that will contribute towards research into the site’s archaeozoology, something that was until now not possible. Finally, it is important to note that the Pre-Pottery Neolithic A chipped stone technology of Cyprus has now been identified in undisturbed stratigraphic contexts.