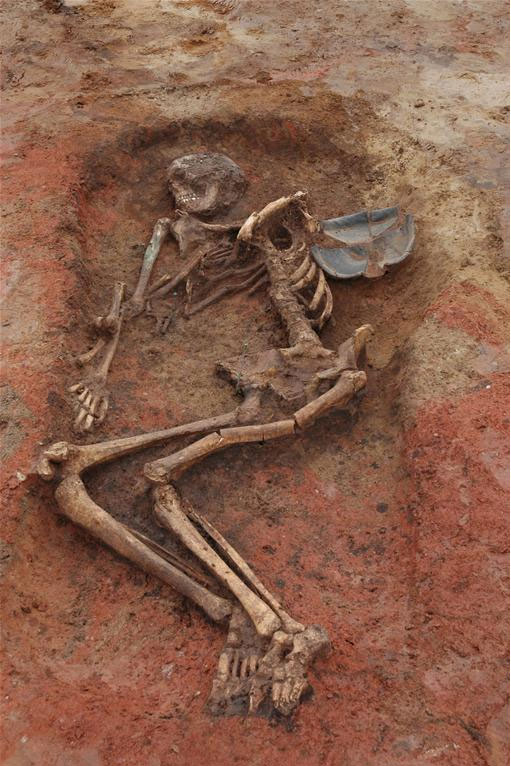 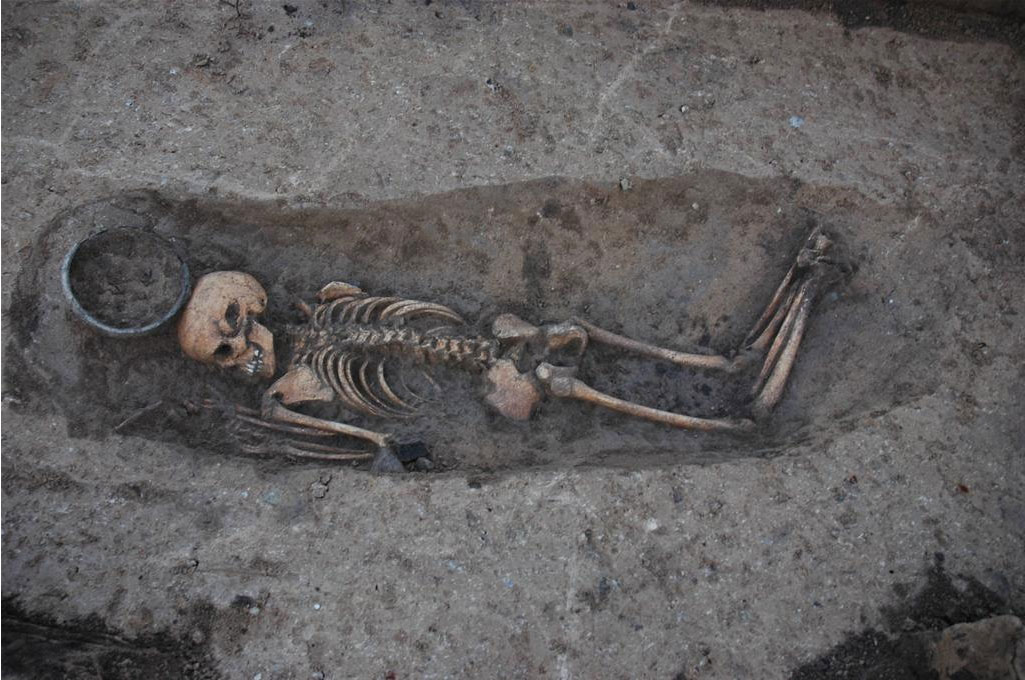 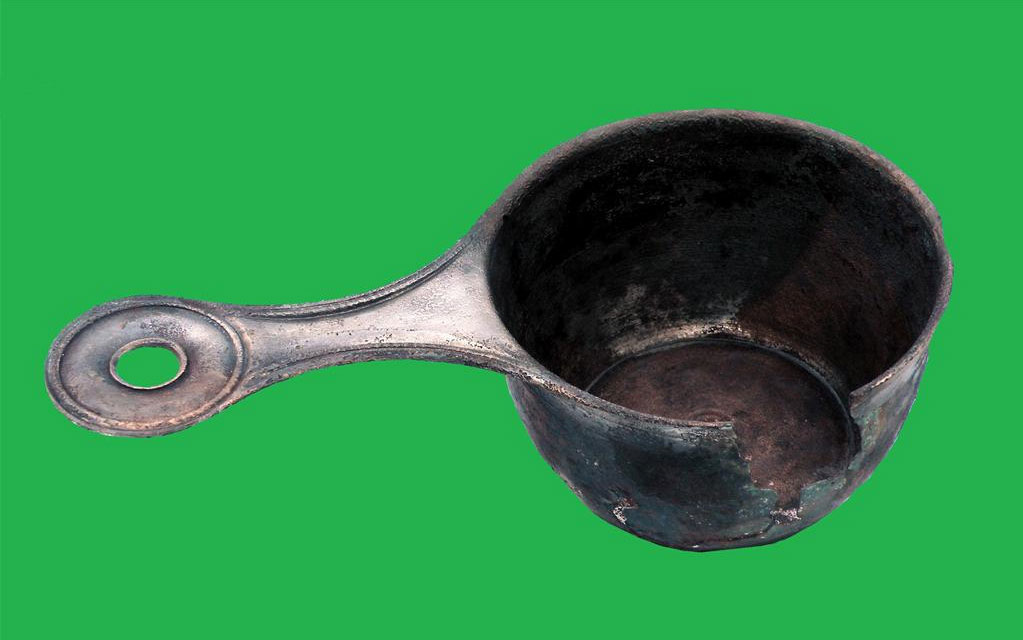 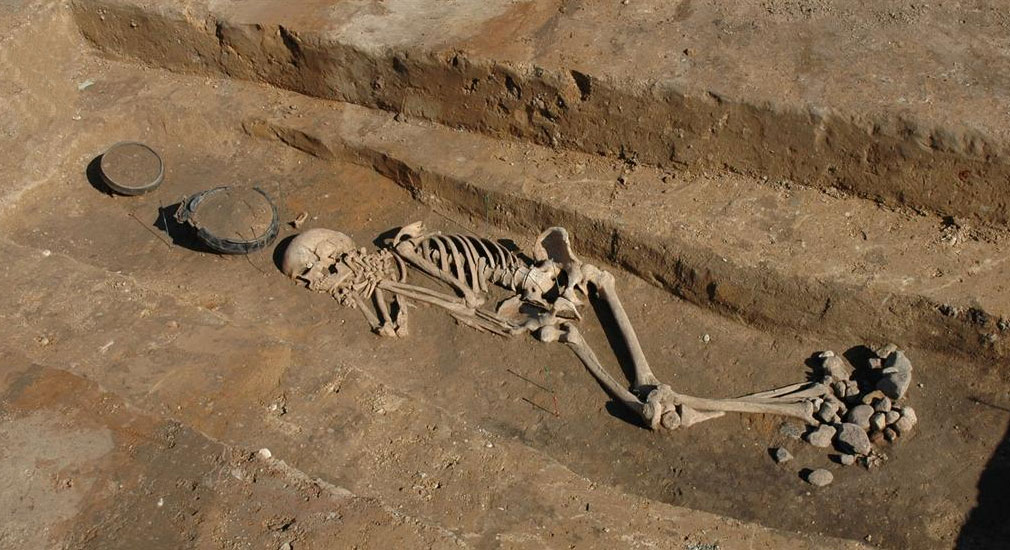 The largest necropolis from the Roman period in Karczyn in Kujawy is the object of detailed scientific research in Poland.

Excavations in Karczyn were conducted in 2002-2010 by the Archaeological Expedition of the Institute of Prehistory, Adam Mickiewicz University in Poznań. From the very beginning, scientists understood that they were dealing with a unique place.

“It turned out that the necropolis existed continuously for over 300 years, from the first to the fourth century AD,” said Adriana Romańska, head of the excavation. “We have found more than 120 burials with very diverse rites”.

The biggest surprise for the researchers was finding two gigantic tombs, the largest from this period known to date in Kujawy, which were hailed “princely graves”. Both had impressive stone-earth burial chambers, the depth of which exceeded 2m from the surface of the field. Archaeologists speculate that the tombs were originally also covered with barrows. Unfortunately the tombs were looted in prehistory. Surprising for archaeologists were the findings of preliminary anthropological analyses: in one of the tombs, two people were buried: an adult over 20 years old, and a 14-year-old youth. In the second tomb another 14-15-year-old youth was buried.

“The presence of juveniles in princely tombs is quite unusual, as is burying more than one person in a princely tomb. Among the 60 known early Roman objects, only in four the remains of more than one individual were discovered,” said Romańska.

The necropolis is also unusual because of the wide variety of funeral rituals manifested by the finds. Apart from the princely tombs, archaeologists also discovered numerous flat skeletal graves, crematory urn graves (cremated corpses were placed in ceramic urns) and pits (cremated corpses were placed directly into the pits in the ground). There was also a specific “quarter” with group burials, in the literature referred to as layered cemetery.

It is certain that warriors were among those buried in the necropolis. Anthropologists discovered on their bones characteristic changes caused by horseback riding and wielding a sword or spear. Also intriguing was the part of the cemetery, where 12 people had been buried with the burial containing elements foreign in the Polish land, to which the closest similarities are known from the area of the Black Sea.

The burial site certainly stood out in the landscape and it was an important place in the religion of the ancient community: archaeologists stumbled upon several furnaces, some of which were also cremation sites, place where the bodies were cremated.

In the context of the project “Karczyn. Development and publication of materials from bi-ritual cemetery from the Roman period in Kujawy”, scientists will carry out bioarchaeological research (DNA and stable isotopes of strontium, carbon C13 and nitrogen N15), in order to reconstruct the diet, kinship and cultural associations of the community whose members had been buried in Karczyn. In addition, specialists will also perform the following analyses: palaeobotanical (charcoal and preserved wood fragments), metallographic (to determine the composition of the objects, and perhaps even the origin of metals) and radiocarbon dating. The results will be published at the end of 2015 as a volume in the series “Monumenta Archaeologica Barbarica – Gemina series”. The project is carried out at the Institute of Prehistory, Adam Mickiewicz University in Poznań.