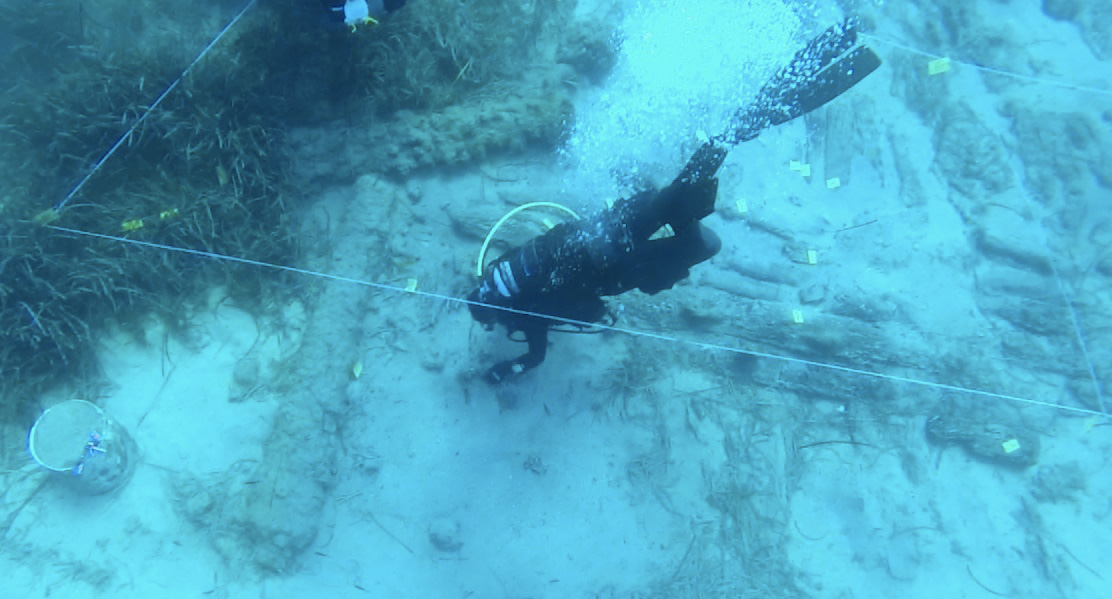 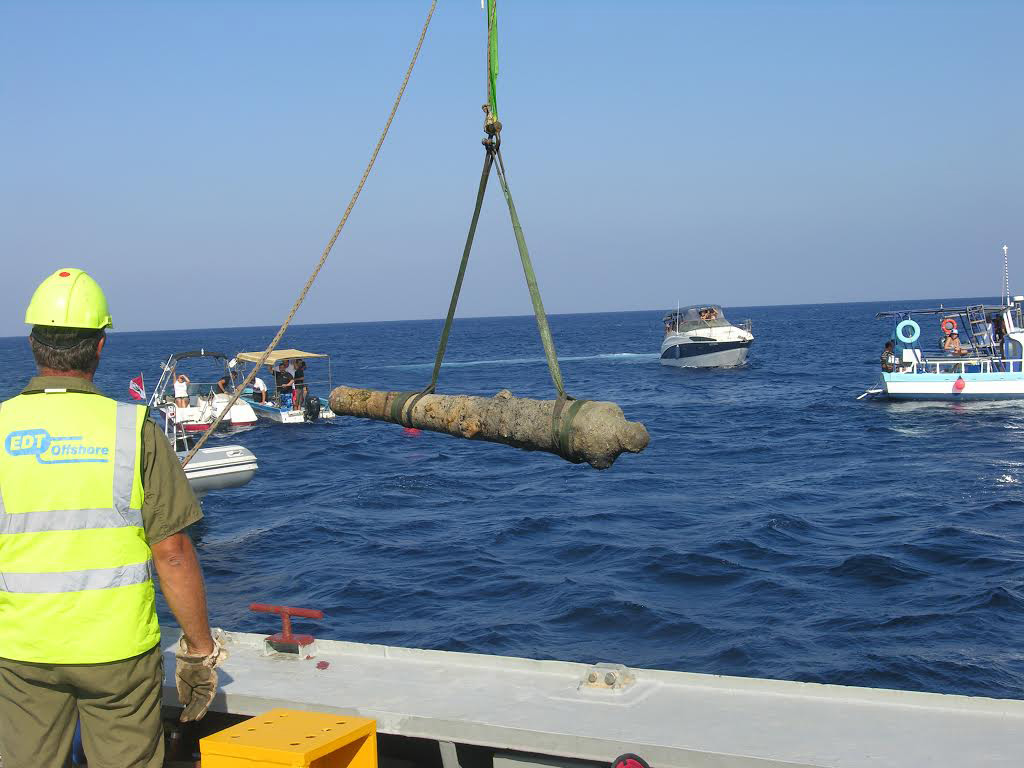 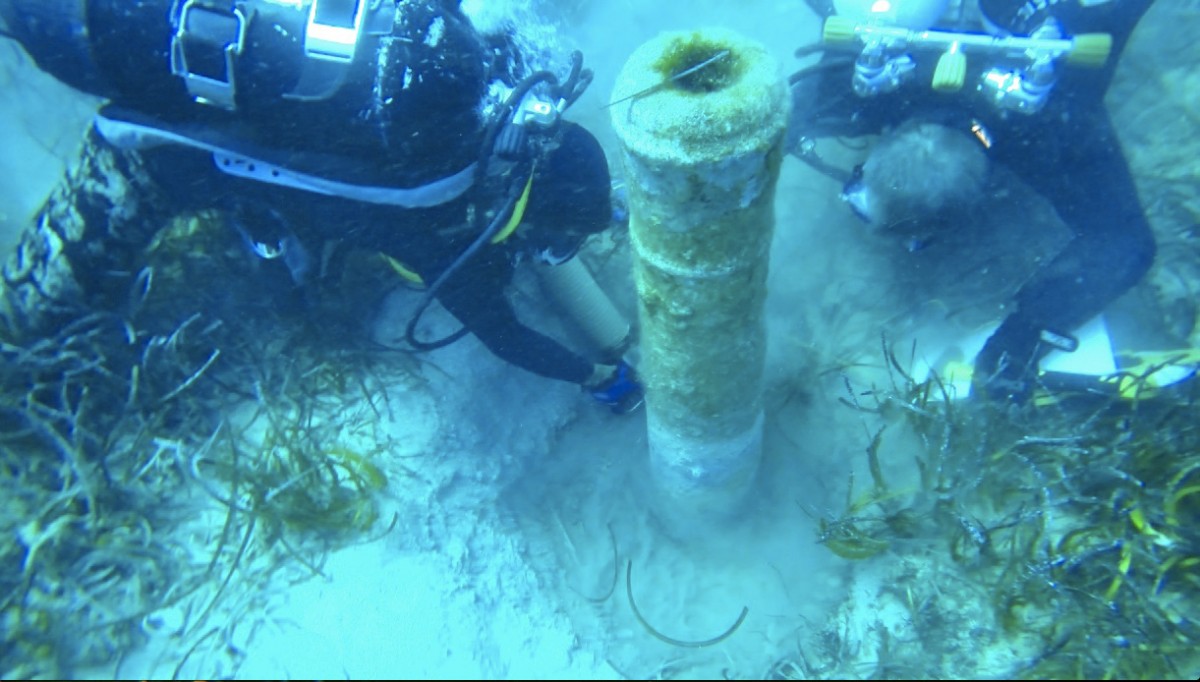 The first excavation season at the Nissia Shipwreck, Paralimni, was successfully completed last September. The survey results were released today by the Department of Antiquities, Ministry of Communications and Works of Cyprus. The shipwreck, which probably dates to the late Ottoman period, is located 28 metres below sea level. It is the only shipwreck of this period known in Cyprus, and one of the few that are under investigation in the eastern Mediterranean.

During this first excavation season, a trial trench was opened in the east extremity of the main concentration. The excavation revealed a small part of the side of the hull (frame timbers and hull planks), in a good state of preservation. Several moveable finds were also revealed, which were transferred to the Conservation Laboratory of the Department of Antiquities in Larnaka, where they are being treated.

The finds include wooden rigging-elements, pistol bullets, ceramics, glass tableware and bricks. In addition, selected timbers were lifted, samples of which have been sent for analysis (species analysis and dendrochronology). An important part of the field season was devoted to the lifting of an iron cannon, which was located at some distance from the shipwreck’s main concentration.

The site was documented in collaboration with the Department of Civil Engineering and Geomatics, Cyprus University of Technology (under the direction of Dr Demetrios Skarlatos), using 3D digital photogrammetry methods.

Twenty four people took part in the excavation. Besides the MARELab and the Department of Antiquities basic team, students from Cyprus and abroad, as well as volunteer divers also participated in the project.

NOTES
1. Department of Antiquities, Ministry of Communications and Works of Cyprus