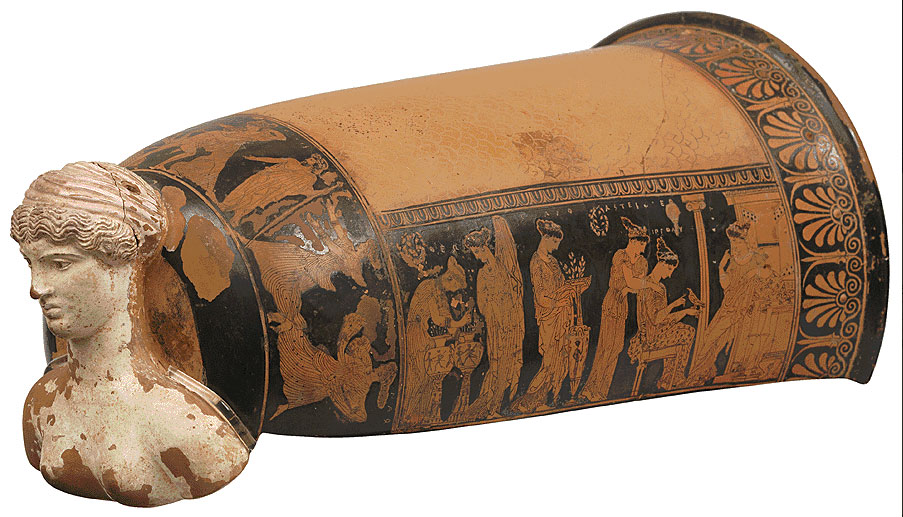 Artifacts from Euboea in the National Archaeological Museum at Athens

An Exploration of the Early Excavation Finds Per Context

Dr. Maria Chidiroglou, archaeologist at the National Archaeological Museum at Athens, will give a lecture titled: Artifacts from Euboea in the National Archaeological Museum at Athens: An Exploration of the Early Excavation Finds Per Context. The lecture will take place on Friday, February 27, 2015, at 19:00 h at the premises of the Norwegian Institute, Tsami Karatasou 5 (Koukaki), 5th floor.

In the excavations conducted on Euboea by Chr. Tsountas from 1885 to 1886, K. Kourouniotis from 1897 to 1917 and G.A. Papavassileiou from 1902 to 1908, sculptures, vases and metal artefacts dating from the Geometric to the Roman period were found. A large number of these finds are housed in the National Archaeological Museum in Athens. A study of the finds per type, site and context reveals some interesting information about the main ancient Euboean cities of Chalkis, Eretria, Karystos and Histiaia/Oreos and the commercial, cultic and political networks they participated in. A selection of Attic and Euboean black and red-figure vases, terracotta figurines, bronze and lead objects, dating from the Archaic to late Hellenistic times and found mainly in Euboean cemeteries, will be presented in this paper, together with archival information that in many cases can be shown to lead to a preliminary reconstruction of grave assemblages.

The presentation will contain mention of literary and inscriptional sources about Euboea, through the study of which we will attempt to explore aspects of the topography of Euboean sites in combination with the information gathered from the finds, as well as from more recent research results. Finally, a short overview of some standard iconographic vase- and terracotta-motifs used in various periods by the social and political elites of the Euboean cities Eretria, Chalkis and Karystos, often combined with Athenian imports and influences, will be added, together with information on the local cults and mythical traditions attested for this island.