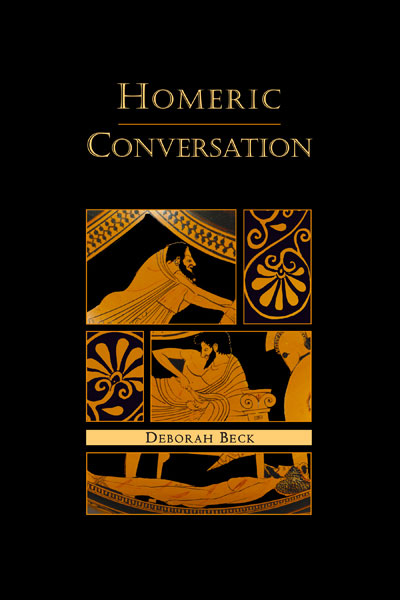 The Center for Hellenic Studies announces the online publication of Homeric Conversation, by Deborah Beck on the CHS website.

Homeric Conversation is the first full-length study of conversation in the Homeric poems. Deborah Beck argues that conversation should be considered a traditional Homeric type scene, alongside recognized types such as arrival, sacrifice, battle, and hospitality. Drawing on both linguistics and previous work on type scenes and oral aesthetics, the book describes the typical conversational patterns that characterize a range of situations, including one-on-one conversation, formal assemblies, battlefield encounters, and laments. Departures from these typical patterns for conversation provide the basis for a wide-ranging, closely argued aesthetic analysis of repetition and variation in the Homeric epics.

Deborah Beck is an Assistant Professor in the Department of Classics at Swarthmore College.