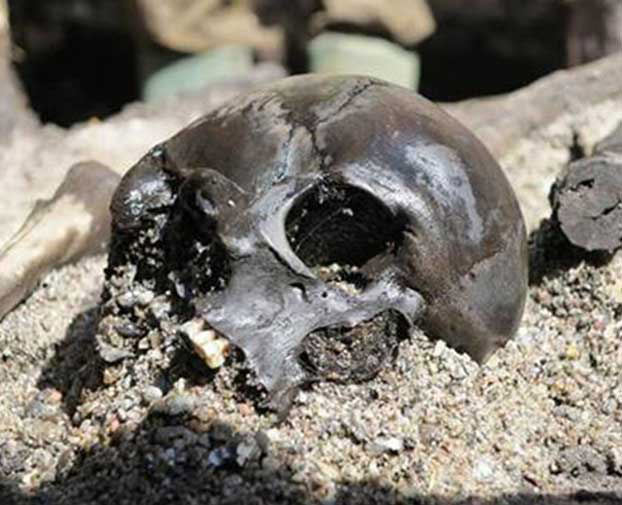 The remains of hundreds of warriors have resurfaced from a Danish bog, suggesting that a violent event took place at the site about 2,000 years ago.

Discovered in the Alken Enge wetlands near Lake Mossø in East Jutland, Denmark, the skeletal remains tell the story of an entire army’s apparent sacrifice.

Following work done in 2009, archaeologists have so far unearthed the hacked bones of more than 200 individuals.

Skeletal remains include a fractured skull and a sliced thighbone. An abundance of well preserved axes, spears, clubs and shields have been also unearthed.

“It’s clear that this must have been a quite far-reaching and dramatic event that must have had profound effect on the society of the time,” project manager Mads Kähler Holst, professor of archaeology at Aarhus University, said. Showing distinct weapon marks, the Iron Age bones can be found all over a large area.

“We’ve done small test digs at different places in a 40-hectare (100-acre) wetlands area, and new finds keep emerging,” Ejvind Hertz of Skanderborg Museum, who is directing the dig, said. In fact, the find is so massive that the archaeologists aren’t counting on being able to excavate all of it.

Researchers believe that the warriors lost a battle to an opposing tribe. They were then sacrificed and thrown into a lake that has since dried into a bog, preserving the remains.

Detailed analyses of the slaughtered warriors will try to answer questions about who they were, where they came from and why they were sacrificed.