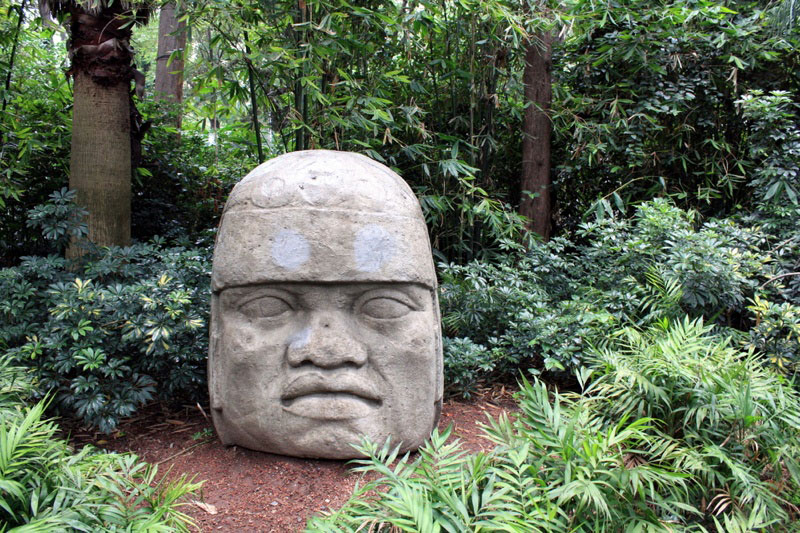 The mysterious object was possibly an offering

The artefact dates to a period between 900BC and 400BC, the time of the Olmec, and seems to be an abstract representation of a cob of corn. It measures 8.7 cm high by 2.5 cm wide at its widest point and is very difficult to decipher, according to Carl Wendt, a professor at California State University, Fullerton, director of the project.  It is made of jadeite, a material harder than steel, and bears designs on it that are difficult to put into words. It contains rectangular shapes, engraved lines and a cone that looks like it is emerging from the top.

The artefact may have had several uses. For instance, it may have been attached as a finial to a staff as a symbol of power and authority and it may have been placed in the stream as an offering, Wendt said. The offering could have been connected to deities, ancestor veneration or magic, he added. Over the past 50 years thousands of artefacts have been found at the site and they may have been left as offerings, archaeologists say. The spot where the artefact was found contributes to this interpretation, as it was placed at a spot where saltwater and freshwater intersect. “While having practical importance today as a spot to collect fresh water, in Olmec times, the confluence would also have been important for symbolic and cosmological reasons, and an ideal place for a ritual hoard or votive offerings,” Wendt and his team wrote in the journal Ancient Mesoamerica.

Jack Hunter, a diver with the Arroyo Pesquero archaeological project, discovered the artefact in 2012 while diving with Jeffery Delsescaux about 2 to 3 meters (6.6 to 9.8 feet) below the surface of a deep stream, in very difficult conditions with near-zero visibility and various obstructions.