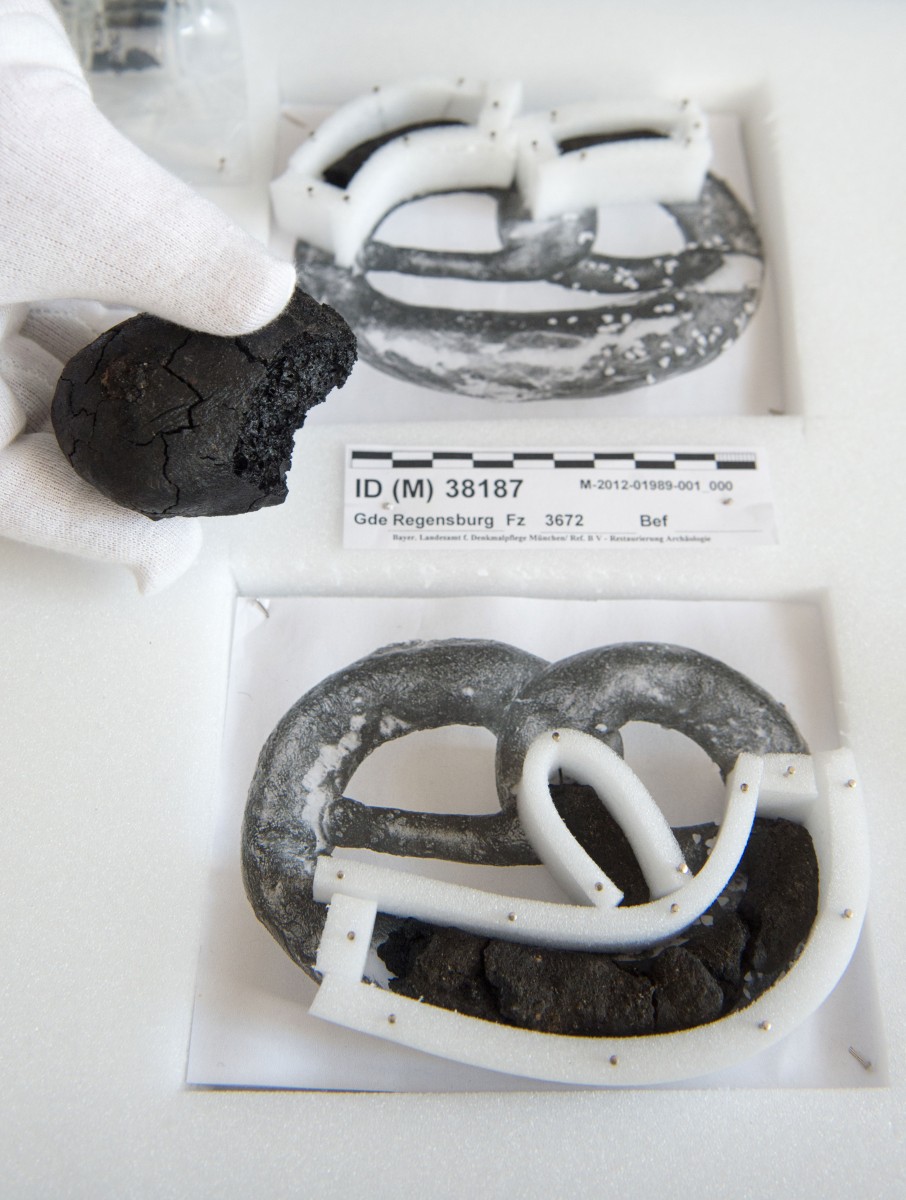 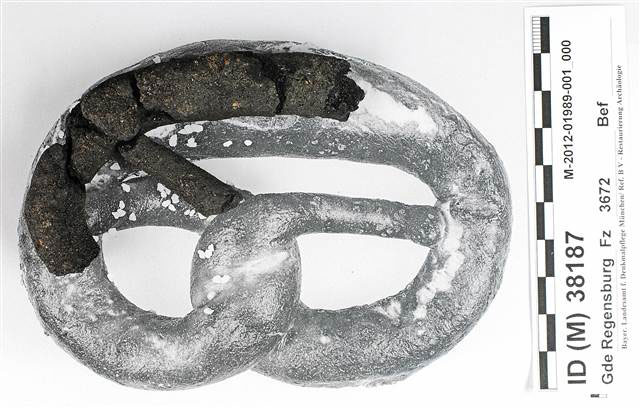 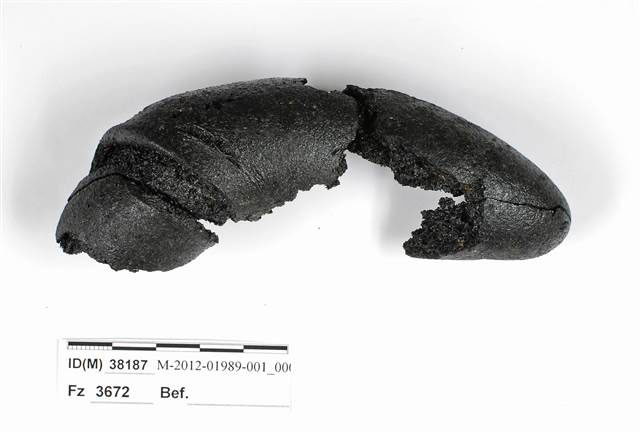 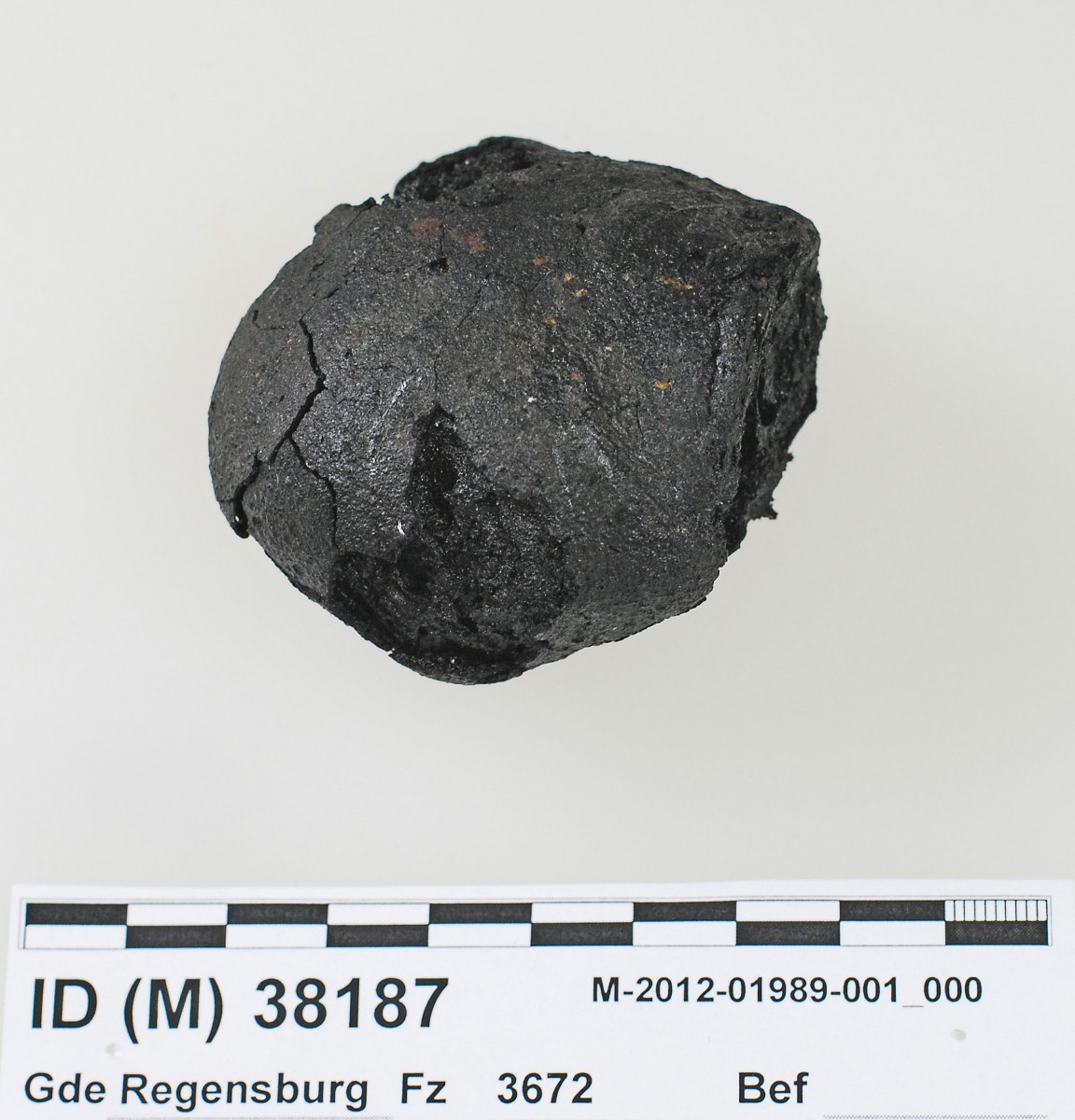 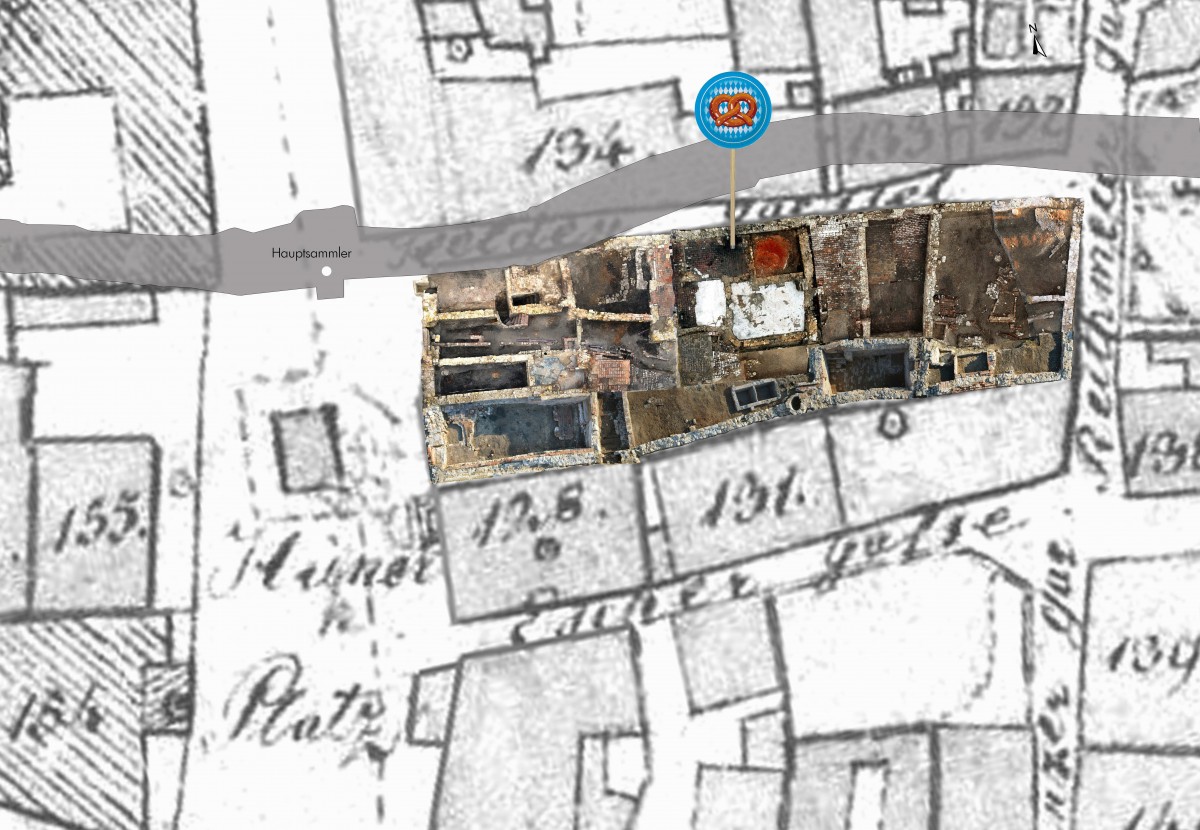 Archaeologists in Bavaria have discovered the 250-year-old charred remains of two pretzels, three bread rolls and a croissant. The delicacies are dated to 1700-1800 according to radiocarbon dating, but researchers have been able to narrow it down to the second half of the century.

Although this is not the first time that charred ancient bread products have come to light this is the oldest specimen having been discovered so far. “It is an archaeological sensation,” Silvia Codreanau-Windauer, from the Bavarian State Department of Monument and Sites, told NBC News. “In my 30 years in the business I have never found an organic object.”

The site where the finding took place, the Danube Market in Regensburg, Bavaria has provided various archaeological finds since 2012 when it was excavated.

Archaeologists found the discovery in the remains of a house that once stood at number 3 Hunnenplatz, demolished in 1964 along with much of the neighborhood. City archives indicate that the specific house was bought by a master baker in 1753, who used it as his shop for years. The pretzels rolls and croissant that were burnt were probably discarded and covered with soil in low in oxygen conditions allowing them to remain almost intact for 250 years.

Many countries claim the origin of the pretzel, with Italy and France leading the race. The pretzel was probably a monastery product from the early Middle Age, since it was idela lent food, not including eggs or dairy. Its looped form was said to be inspired by the crossed arms of monks.

By the 12th century pretzels were firmly ensconced in the secular culture of southern Germany where the pretzel was the symbol of bakers and bakery guilds. Last year, the European Union added the Bavarian pretzel to its “protected origins” list, meaning only pretzels made in Bavaria can be sold under the name “Bayerische Brezn” (Bavarian Pretzel).

The baked goods are now on display at the Historical Museum of Regensburg.