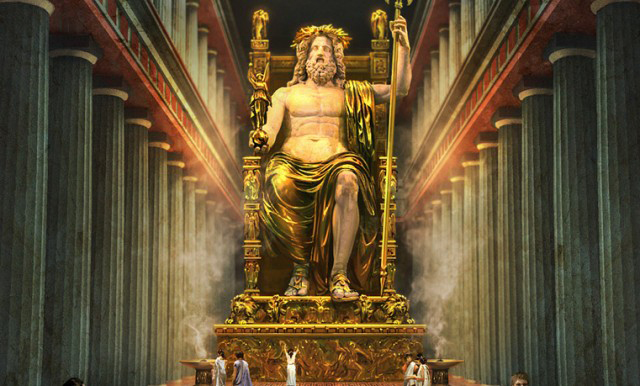 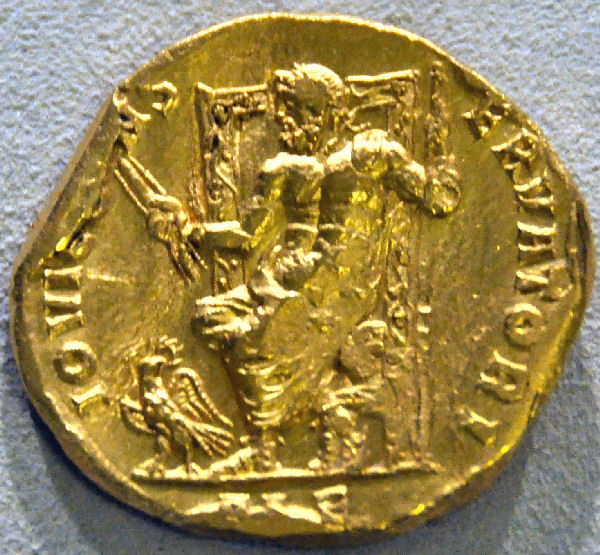 Meeting the gaze of Zeus

How was the Zeus temple at Olympia illuminated

The statue of Zeus at Olympia was indeed something to be considered a wonder. With a height of 42 ft, this gigantic seated sculpture made of ivory plates and gold panels over a wooden framework was erected within the Temple of Zeus by the Greek sculptor Pheidias at 435 BC. No copies of the statue were ever found, no fragments of it; after being destroyed in the 5th c. AD, it vanished. What we know about it, we owe to the descriptions of written sources that have survived and to the representations on ancient coins.

What caught the attention of a team of Spanish scientists was that these descriptions of the sculpture referred to the eyes and the hair of Zeus in detail. How was that possible, considering the height of the statue and the fact that the temple had neither windows nor a door of considerable size? What the researchers did to find an answer was to try to reproduce the lighting conditions of the temple using samples of Pentelic and Parian marble – the materials of which the roof was made. Their study was published in the journal Applied Optics under the title “Optical transmission properties of Pentelic and Paros marble.”

The results show that:

-the roof would illuminate in a natural way the face and head of Zeus;

– the light is best transmitted by the Pentelic marble rather than the marble from Paros (which could have been one reason, among others, to change the type of marble in the roof in antiquity);

-this natural lighting was sufficient for the statue to be perceived by any person when entering the temple, once their eyesight had become accustomed to the darkness;

-the high transmission area in the yellow-red end of the spectrum found by the researchers is suitable for illuminating an object made of ivory and gold.