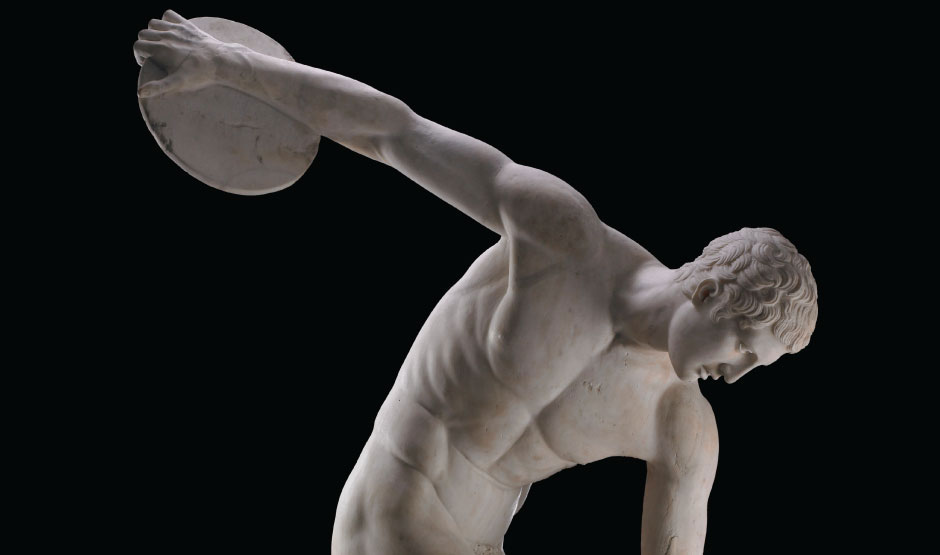 The body beautiful in ancient Greece

Masterworks from the British Museum

The Body Beautiful in Ancient Greece is a major international touring exhibition which features treasures from the British Museum’s rich Greek and Roman collection. Currently on show at the Dallas Museum of Art (until October 6, 2013), the exhibition will then be featured at the Bendigo Art Gallery (Australia), opening in August 2014. Previously, it had been presented at the Portland Art Museum (October 6, 2012-January 6, 2013).

The human body in Ancient Greece

Over two millennia, the ancient Greeks experimented with the representation of the human body in works that range from abstract simplicity to the realism of the age of Alexander the Great. By exploring ideas of representation, this international touring exhibition shares with new audiences artworks that have shaped the way that we think about and look at ourselves.

The portrayal of human character is explained, along with sexual and social identity. In athletics the male body was displayed as if it were a living sculpture, and victors were commemorated by actual statues. In art, not only were mortal men and women represented, but also the gods and other beings of myth and the supernatural world. They were either conceived in the image of humankind or in monstrous combinations of human and animal form.

The exhibition offers a diverse selection of key artworks from the British Museum’s Greek and Roman collection, ranging from free-standing marble sculptures and gold objects to exquisite terracotta pieces and magnificent vases, including a 1:200 scale model reproduction of Olympia and its many buildings as it would have looked around 100 BC. Also featured in The Body Beautiful in Ancient Greece is one of the highlights of the British Museum’s collection which had never been loaned before this tour: the Discobolus, the celebrated representation of a discus thrower.

The exhibition is organized along ten different thematic sections depicting the various ways the Greeks experimented with representing the human body, including adaptation of such work in later Roman art: “The Male Body Beautiful,” “Aphrodite and the Female Body,” “The Divine Body,” “Herakles: An Ancient Superman,” “Athletes,” “Birth, Marriage, and Death,” “Sex and Desire,” “Outsiders,” “Character and Realism,” and “The Human Face.”