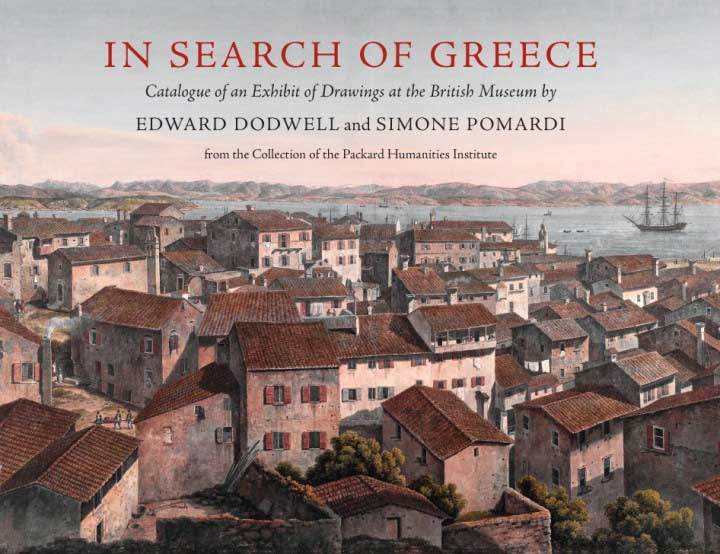 In search of Classical Greece

An exhibition featuring ancient Greece through the drawings and writings of classical scholar Edward Dodwell (c. 1777–1832) and artist Simone Pomardi (1757–1830), made on their travels in 1805–1806, opened on February 7, at the British Museum.

70 views exploring the beauty of the Greek landscape and picturesque ruins of Classical civilisation have been selected from an archive of over 1,000 images. Many of them are highly finished in watercolour and have never been on display before. They record buildings that have disappeared or changed and landscapes that are now unrecognisable under modern cities.

This remarkable exhibition illustrates the reality and romance of travel beyond the Grand Tour on the eve of Greek independence from Ottoman rule. Dramatic panoramas of up to four metres long feature alongside detailed drawings of individual sculptures on the standing monuments of ancient Athens. Some of these sculptures were moulded for replication in plaster by Lord Elgin’s agents who were in Athens at the same time as Dodwell and Pomardi. The exhibition features some of the casts made using these moulds, and a scale model of a 360° panoramic view of Athens. The travellers’ experience of the landscape, ruins and people of this legendary land would foster the Philhellenic movement that fought together with the Greeks for independence from Ottoman rule.

Dodwell and Pomardi’s drawings are shown alongside a display of related drawings from the Museum’s collection, including works by traveller, architect and antiquary C.R. Cockerell and architect Robert Smirke – who drew on his own experience of travels in Greece when he designed the majority of the British Museum’s current building in Greek Revival style.