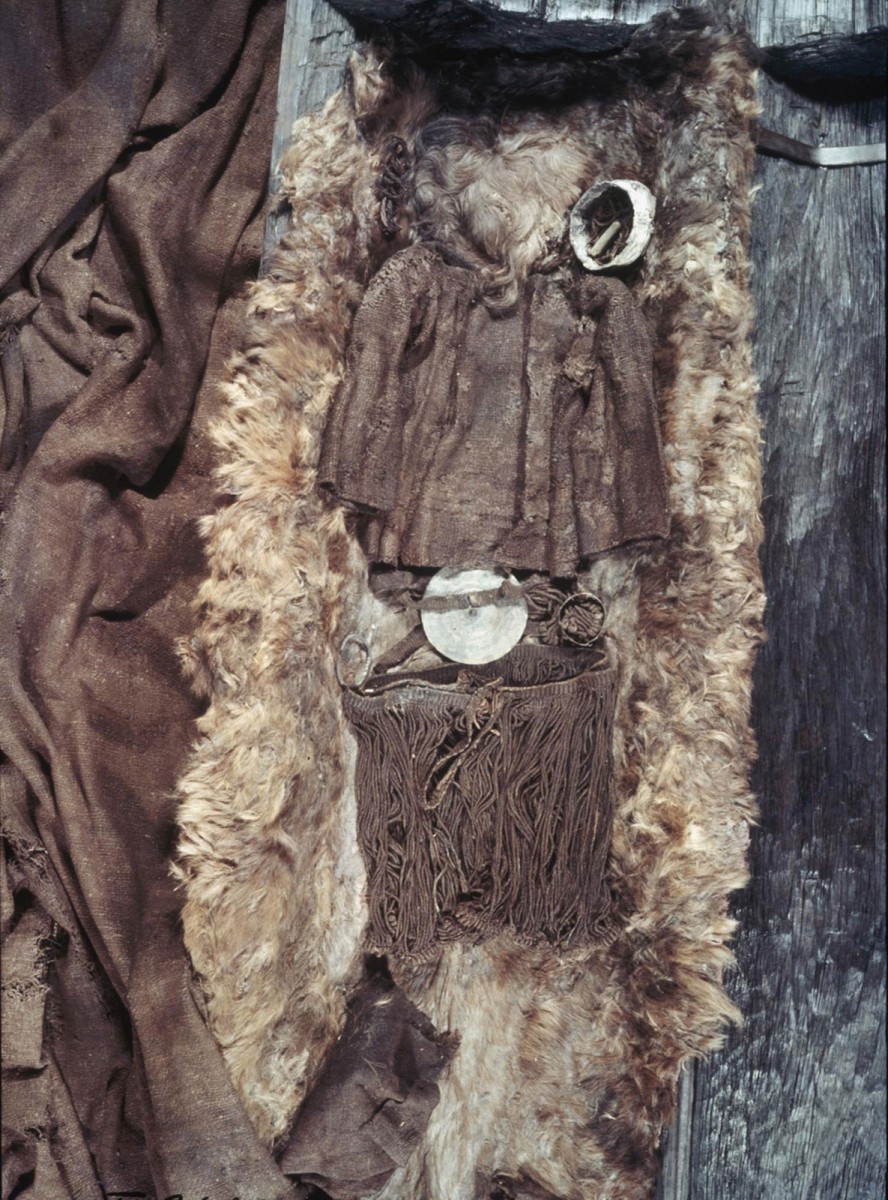 The Egtved Girl was not from Denmark

The wool from the Egtved Girl’s clothing, the blanket she was covered with, and the oxhide she was laid to rest on in the oak coffin all originate from a location outside present-day Denmark. The combination of the different provenance analyses indicates that the Egtved Girl, her clothing, and the oxhide come from Schwarzwald (“the Black Forest”) in South West Germany – as do the cremated remains of a six-year-old child who was buried with the Egtved Girl. The girl’s coffin dates the burial to a summer day in the year 1370 BC.

It is senior researcher Karin Margarita Frei, from the National Museum of Denmark and Centre for Textile Research at the University of Copenhagen, who has analysed the Egtved Girl’s strontium isotope signatures. The analyses have been carried out in collaboration with Kristian Kristiansen from the University of Gothenburg and the Department of Geosciences and Natural Resource Management and the Centre for GeoGenetics, both University of Copenhagen. The results have just been published in Scientific Reports.

Strontium is an element which exists in the earth’s crust, but its prevalence is subject to geological variation. Humans, animals, and plants absorb strontium through water and food. By measuring the strontium isotopic signatures in archaeological remains, researchers can determine where humans and animals lived, and where plants grew because of their strontium isotope signatures. In that sense, strontium serves as a kind of GPS for scientists.

“I have analysed the strontium isotopic signatures of the enamel from one of the Egtved Girl’s first molars, which was fully formed/crystallized when she was three or four years old, and the analysis tells us that she was born and lived her first years in a region that is geologically older than and different from the peninsula of Jutland in Denmark,” Karin Margarita Frei says.

Karin Margarita Frei has also traced the last two years of the Egtved Girl’s life by examining the strontium isotopic signatures in the girl’s 23-centimetre-long hair. The analysis shows that she had been on a long journey shortly before she died, and this is the first time that researchers have been able to so accurately track a prehistoric person’s movements.

“If we consider the last two years of the girl’s life, we can see that, 13 to 15 months before her death, she stayed in a place with a strontium isotope signature very similar to the one that characterizes the area where she was born. Then she moved to an area that may well have been Jutland. After a period of c. 9 to 10 months there, she went back to the region she originally came from and stayed there for four to six months before she travelled to her final resting place, Egtved. Neither her hair nor her thumb nail contains a strontium isotopic signatures which indicates that she returned to Scandinavia until very shortly before she died. As an area’s strontium isotopic signature is only detectable in human hair and nails after a month, she must have come to “Denmark” and “Egtved” about a month before she passed away,” Karin Margarita Frei explains.

If the Egtved Girl was not born in Jutland, then where did she come from? Karin Margarita Frei suggests that she came from South West Germany, more specifically the Black Forest, which is located 500 miles south of Egtved.

Considered in isolation, the Egtved Girl’s strontium isotope signature could indicate that she came from Sweden, Norway or Western or Southern Europe. She could also come from the island Bornholm in the Baltic Sea. But when Karin Margarita Frei combines the girl’s strontium isotopic signatures with that of her clothing, she can pinpoint the girl’s place of origin relatively accurately.

“The wool that her clothing was made from did not come from Denmark and the strontium isotope values vary greatly from wool thread to wool thread. This proves that the wool was made from sheep that either grazed in different geographical areas or that they grazed in one vast area with very complex geology, and Black Forest’s bedrock is characterized by a similarly heterogeneous strontium isotopic range,” Karin Margarita Frei says.

That the Egtved Girl in all probability came from the Black Forest region in Germany comes as no surprise to professor Kristian Kristiansen from the University of Gothenburg; the archaeological finds confirm that there were close relations between Denmark and Southern Germany in the Bronze Age.

“In Bronze Age Western Europe, Southern Germany and Denmark were the two dominant centres of power, very similar to kingdoms. We find many direct connections between the two in the archaeological evidence, and my guess is that the Egtved Girl was a Southern German girl who was given in marriage to a man in Jutland so as to forge an alliance between two powerful families,” Kristian Kristiansen says.

According to him, Denmark was rich in amber and traded amber for bronze. In Mycenaean Greece and in the Middle East, Baltic amber was as coveted as gold, and, through middlemen in Southern Germany, large quantities of amber were transported to the Mediterranean, and large quantities of bronze came to Denmark as payment. In the Bronze Age, bronze was as valuable a raw material as oil is today so Denmark became one of the richest areas of Northern Europe.

“Amber was the engine of Bronze Age economy, and in order to keep the trade routes going, powerful families would forge alliances by giving their daughters in marriage to each other and letting their sons be raised by each other as a kind of security,” Kristian Kristiansen says.

A great number of Danish Bronze Age graves contain human remains that are as well-preserved as those found the Egtved Girl’s grave. Karin Margarita Frei and Kristian Kristiansen plan to examine these remains with a view to analysing their strontium isotope signatures.