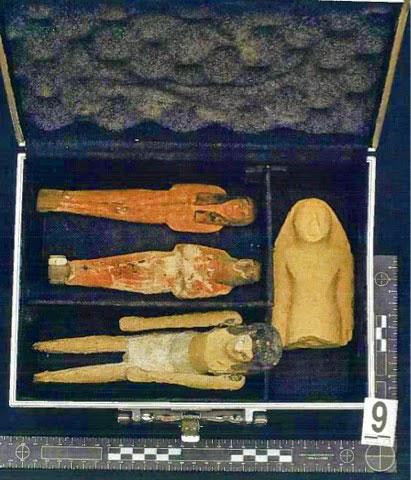 After a bilateral agreement between the two countries

A ceremony, held in Bern on Monday, marked the return of a collection comprising of 32 ancient artefacts to Egypt by Switzerland. The treasures were received by Egypt’s ambassador to Switzerland, Saher Hamza.

Egypt’s ambassador to Switzerland, Saher Hamza, received the collection  at a ceremony held by the Federal Office for Culture in Bern on Monday. The objects had been seized by Swiss police following a bilateral agreement that prohibits the illegal import and export of cultural properties.

The objects date from the Pharaonic and Roman periods, while four of them are of exceptional rarity, cultural significance and aesthetic quality. These are a bust of a pharaoh, a fragmented stele from the New Kingdom and two fragments with cult scenes from the Roman period.

The ceremony marked the ten years anniversary of the implementation of the Federal Act on the International Transfer of Cultural Property, implementing the 1970 UNESCO Convention on illegal transfer of cultural goods.