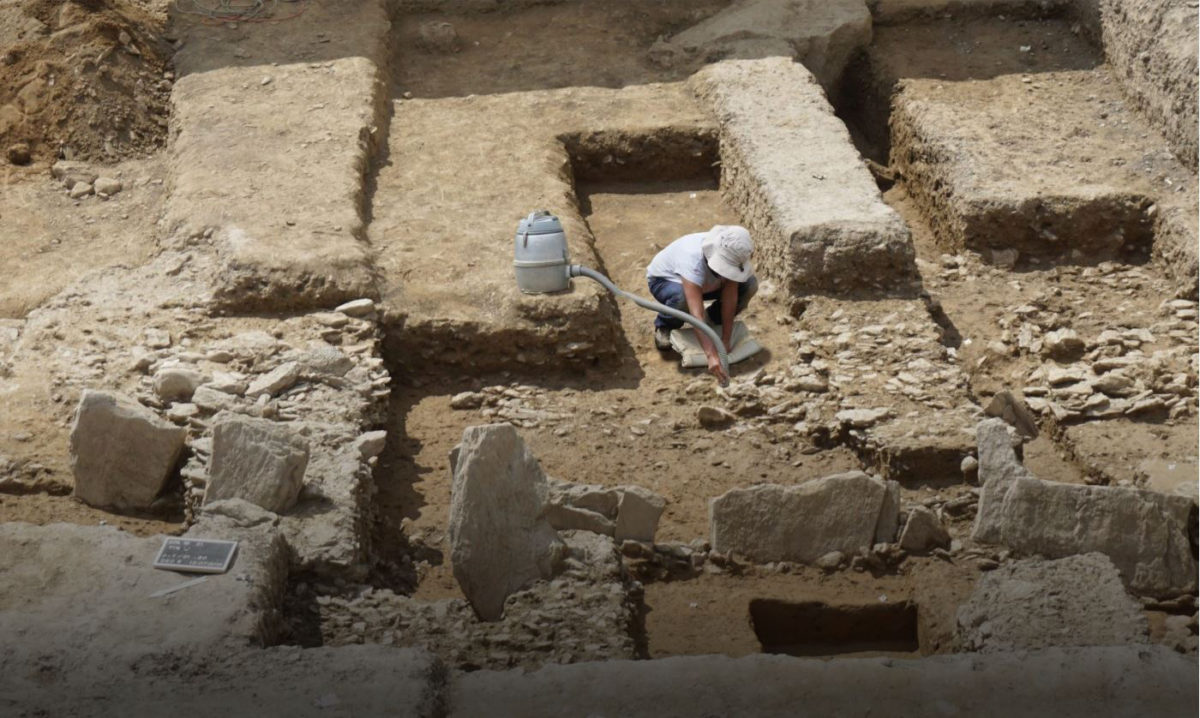 On a building site in Sion, Switzerland

The Valais’s buildings, monuments, and archaeology department announced the discovery during construction works on a building site in Sion, Switzerland.

The ritual stones date from the Neolithic period (around 2500BC) and were discovered close to where, during the 1960’s several tombs and standing stones were previously discovered.

One of the Stele features a male figure and intricate geometric designs. Among the six stelae the archaeologists also discovered a stone slab decorated with cupules (small circular depressions).

Field observations identified that some of the stelae were incomplete and deliberately broken before being deposited.

The oldest trace of human settlement in the Sion area comes from 6200BC during the late Mesolithic.

Around 5800 BC early Neolithic farmers from the Mediterranean settled in Sion. The settlements remained small until about 4500 BC, during the middle Neolithic, when the number of settlements increased sharply.

To support the population increase, farming and grazing spread throughout the valley. They also began burying their dead in Chablandes-type stone burial cists with engraved anthropomorphic stelae. The individual graves changed at the beginning of the 3rd millennium BC in large, dry stone wall communal tombs (such as the Dolmen of Le Petit-Chasseur).

During the Beaker culture period in the second half of the third Millennium, dolmens were built once again, but they were smaller and had no podium. Stelae continued to be carved, though these were rich with geometric patterns and sometimes built out of old dolmen.